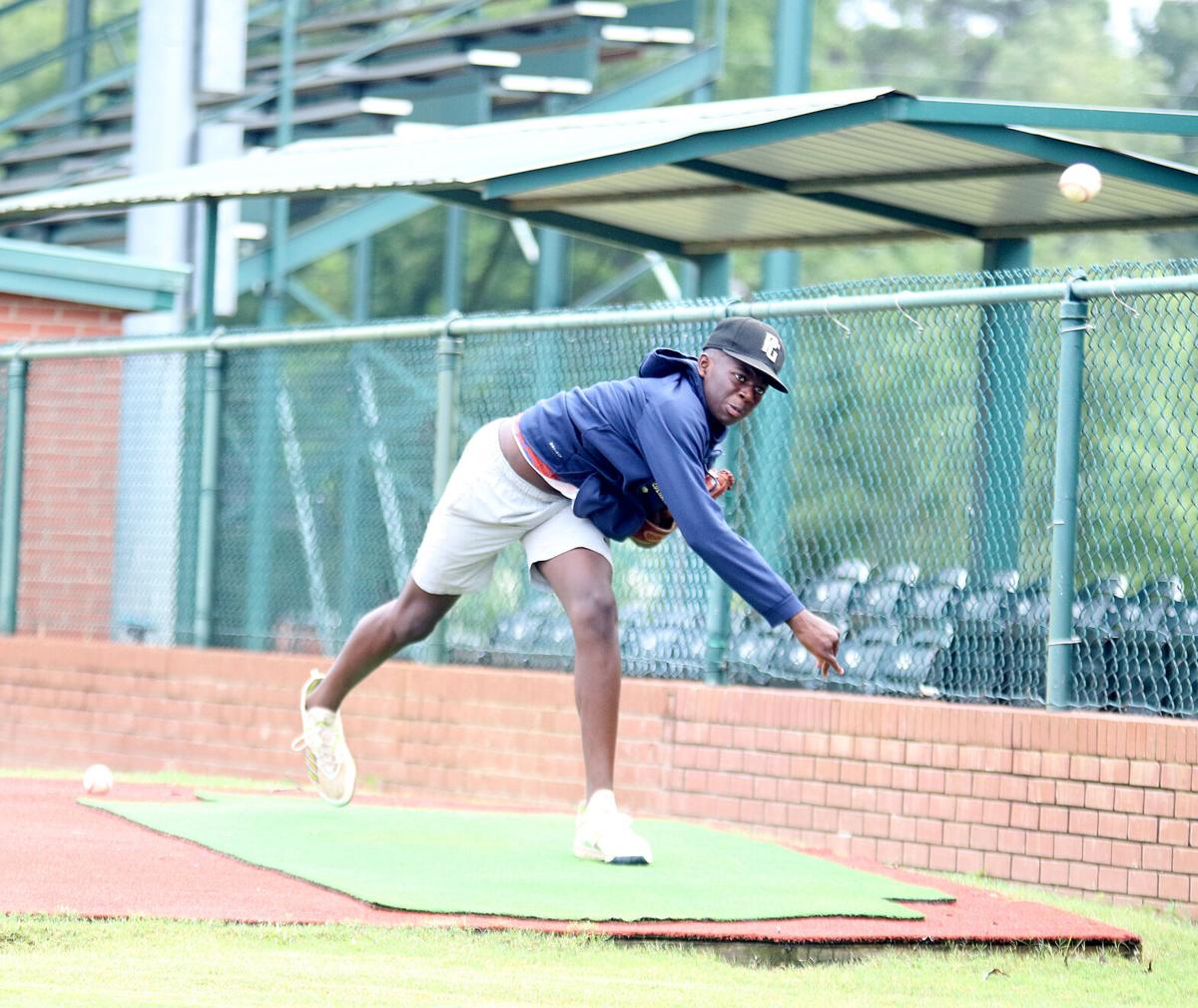 Kevin Roberts Jr., who turns 13 next month, has been clocked at 82 miles per hour on his fastball when pitching. The average velocity for his age group is 66 mph. 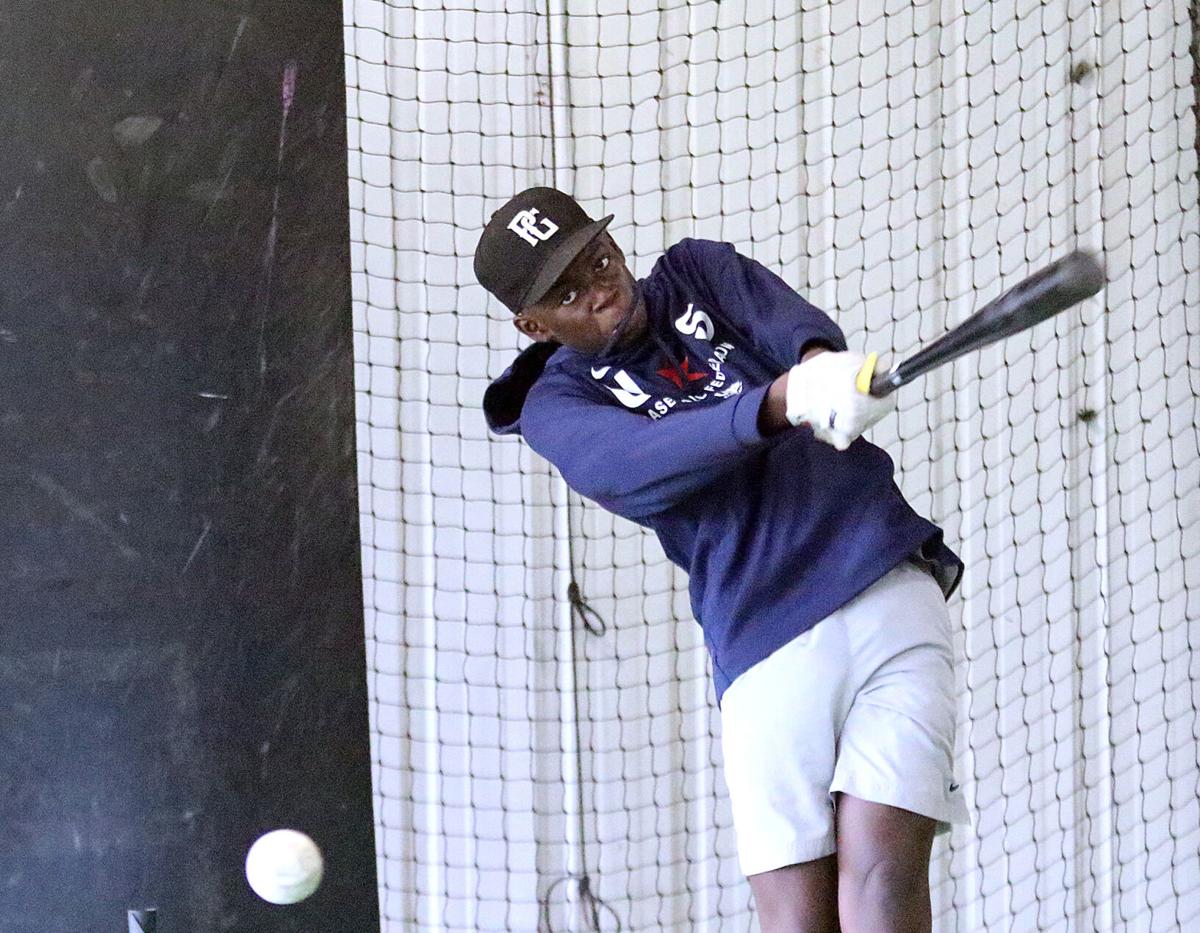 Kevin Roberts Jr., who turns 13 next month, has been clocked at 82 miles per hour on his fastball when pitching. The average velocity for his age group is 66 mph.

Roberts Jr., who lives in Collinsville, turns 13 next month and will graduate from West Lauderdale in 2026, and he’s already drawing attention because of his fastball velocity, which has been clocked as high as 85. That’s not his only calling card in baseball, however: Listed at 6-foot-1, 165 pounds, he’s more focused on playing shortstop or centerfield than he is taking the mound at this point in his career.

“He doesn’t pitch a lot, but when he does, he’ll get out there and compete,” said his father, Kevin Roberts. “He’s still young, and he can play anywhere on the baseball field from shortstop to center field or third to second. We’re exploring those a little more than we are pitching right now until he develops into a better pitcher.”

Already a busy summer with travel baseball, Roberts Jr. will participate in the Hank Aaron Invitational Sunday in Vero Beach, Florida. The invitational is a joint effort by Major League Baseball, the Atlanta Braves and USA Baseball that provides “a youth-oriented, on-field diversity initiative that aims to get high school-age players, with diverse backgrounds, to the next levels of the game,” according to MLB’s website. Then in August, he will travel to Cary, N.C., to compete in USA Baseball’s 13-14U Athletic Development Program, which will feature 40 of the top players in his age group divided into two teams that will play in a three-game series.

“It feels good,” Roberts Jr. said of these opportunities. “It’s an accomplishment for them to pick me that goes back to how hard I’ve worked.”

It’s not uncommon for Roberts Jr. to play in an older age group for travel baseball, according to his father, and the fact that it doesn’t seem to faze his son impresses him even more than his son’s natural abilities on the diamond.

“To me, the biggest thing is his composure,” Roberts said. “He’s a 12-year-old kid, but you wouldn’t be able to tell he’s the youngest not just because of his size but also his demeanor, and it’s been that way all his life. Sometimes he’s the youngest by two or three years, so that’s what’s been most impressive to me. When I was 12, there are a lot of things he’s able to do mentally that I wouldn’t have been able to do.”

Whether he’s facing older kids on the mound or going up against older kids throwing 90 mph in the batter’s box, Roberts Jr. said he’s never been intimidated by the competition.

“I just go out there and compete and try my best,” Roberts Jr. said. “I don’t think about their age too much. Some of them throw 90, but I’m not thinking about how fast it is, I’m trying to hit it as hard as I can.”

And whenever the pitch or play doesn’t go the way he wants, Roberts Jr. said it’s important to have a short memory.

“You just have to forget about it and think about the next batter or next play,” he said.

Roberts Jr. listed hitting, fielding and speed as his strengths, and he prefers to play shortstop.

“That’s where I’ve wanted to play all my life and where I’m best at, but I can play other positions,” Roberts Jr. explained. “I like short because more balls come to you so I can make more plays.”

Since you can’t teach 82 mph at age 12, it’s understandable that his coaches would want him to pitch, too.

“I prefer to play the field mostly, but if they put me in to pitch I’ll just do what I do,” Roberts Jr. said.

His dad thinks there’s even more velocity in that arm, but he doesn’t want to push it with his son still being so young.

“He’s played in different events where he’ll throw 82 or 83 and tell me he’s not trying to max out, and I tell him that’s fine because sometimes he’s rushed into having to pitch,” Roberts said. “Whether it’s a good or bad outing, the biggest thing I tell him is to compete and give your best to whoever your coach is.”

When they’re at home, his coach is his dad, and Roberts Jr. said he takes the coaching points in stride.

“It’s fun sometimes,” Roberts Jr. said. “He’ll get on me when I’m not doing right, but I’ll correct it when I have to.”