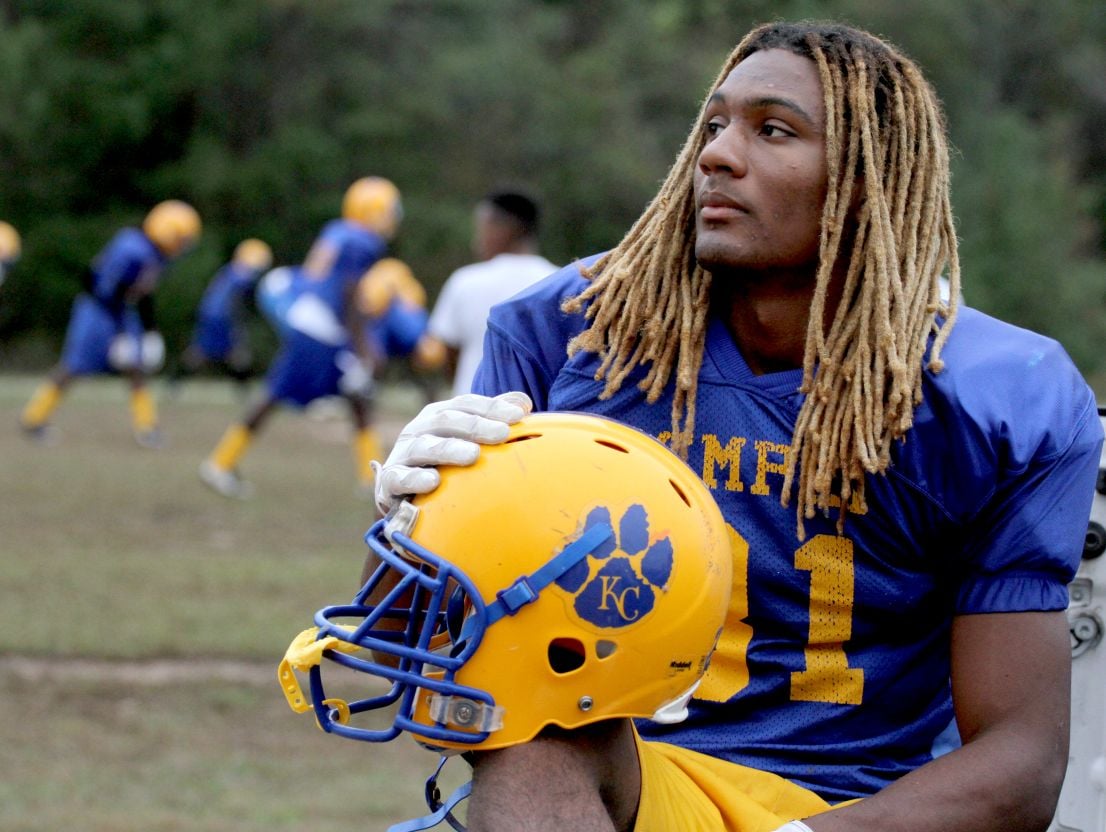 Kemper County High School’s Chandler Roberts looks to get past recent struggles in his life, the most recent of which was his father’s sudden death in September. 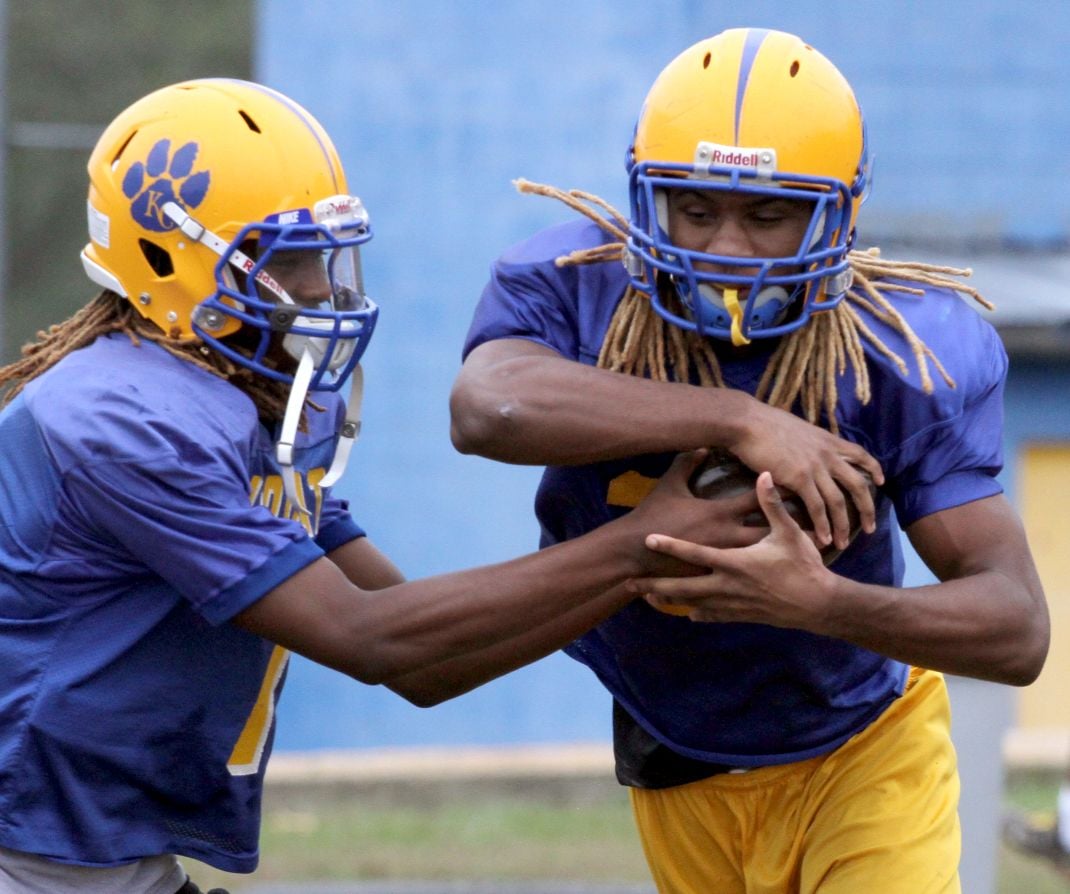 Erick Clark hands the ball off to Chandler Roberts during practice last Tuesday.

Kemper County High School’s Chandler Roberts looks to get past recent struggles in his life, the most recent of which was his father’s sudden death in September.

Erick Clark hands the ball off to Chandler Roberts during practice last Tuesday.

Chandler Roberts raced through position drills, stomping his feet into the ground as mud flew from the bottom of his cleats, giving little attention to the dirt now covering his uniform.

The unfavorable conditions were nothing compared to what he's been through already this year, the most recent one being the the sudden death of his father, Charles Roberts, who died Sunday, Sept. 27. Charles dies of natural causes.

The others, a broken leg suffered in the spring in addition to being forced to sit out the Wildcats' season opener after transferring, pale in comparison.

“It’s hard,” Chandler said. “Losing a relative. I took it real hard. It’s still hard now, but it gets better day by day.”

Charles, a raccoon hunter and dog trainer, set out on another hunting expedition Friday, Sept. 25, as he had done countless times before. He left his home just hours after seeing Chandler and the Wildcats pull off a major 29-28 upset overtime win over MHSAA Class 4A power Noxubee County High School.

Hours passed through the night and into Saturday. The clock ticked to 9 a.m. that morning, the normal time Charles would arrive home from his hunt. Yet the 57 year old had not returned. Chandler and his family knew something was wrong. At 1 p.m., Chandler’s mother, Marilynn, called the authorities.

Chandler doesn't let his struggles dictate who he is as a person: Always respectful and a hard worker at that, something Kemper County coach Chris Jones credited to a strong household.

“He was raised the right way,” Jones said. “He’s disciplined, and he’s coachable.”

Charles was a standout running back himself, just like Chandler and the rest of his three sons. The elder Roberts played for Neshoba Central High School — the school Chandler transferred from the year prior.

“He was always telling me stories that they had to give another helmet, because he used to run so hard and he would bust his helmet,” Chandler said laughing.

And Chandler has carried on that hard-hitting tradition. He has been dubbed the "thunder" by Jones in the Wildcats’ backfield, alongside Elijawhan Cole, "lightning." Jones had previously approached Chandler about the possibility of switching positions, yet Chandler promptly responded, “Coach, all I know is running back,” having undoubtedly learned the position from his dad.

“He’s a banger. He doesn’t mind contact,” Jones said. “He’ll put his head down and bang with anybody. It’s just in him. It’s just instilled in him to be a running back. It’s a mindset.”

Chandler would miss Kemper County’s next game against Choctaw County High School, Oct. 2. In the four games since, the 16-year-old has demonstrated a renewed ability. Chandler has run for 497 yards on 62 carries and scored five touchdowns in that span.

Perhaps his most meaningful impact came Oct. 30 against rival Philadelphia High School, where he ran for 131 yards and two touchdowns in helping lift his team to a 16-6 win — its first over Philadelphia since 1988.

Chandler exhibits a broad smile as he partakes in drills back at practice. Fellow running back Rondarius Gowdy approached Tuesday, and the two slapped hands and share a moment of friendship as Gowdy shouted: “This is my man.”

“My teammates and coaches helped me get through it. I couldn’t have gotten through it without them,” Chandler said. “I just stayed around family and kept praying.

“It’s real fun to be back on the field and just playing for him and living for him. I give all the glory to him.”