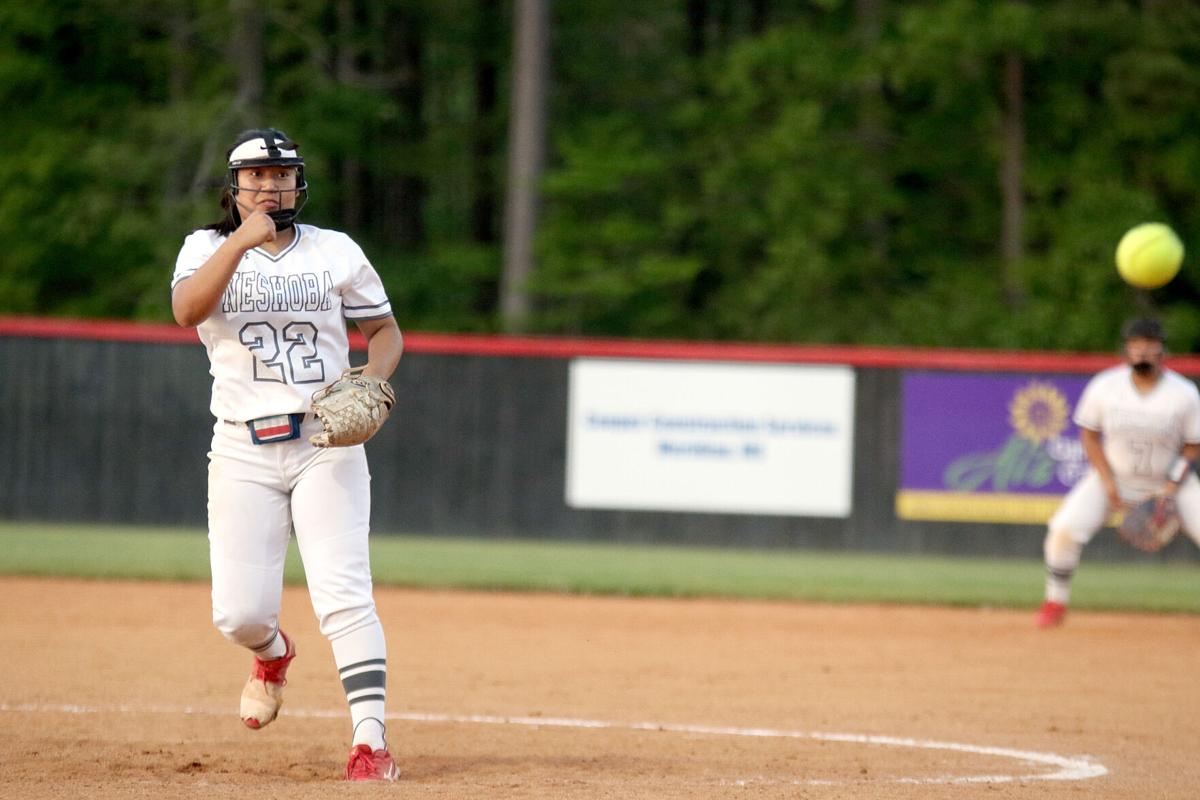 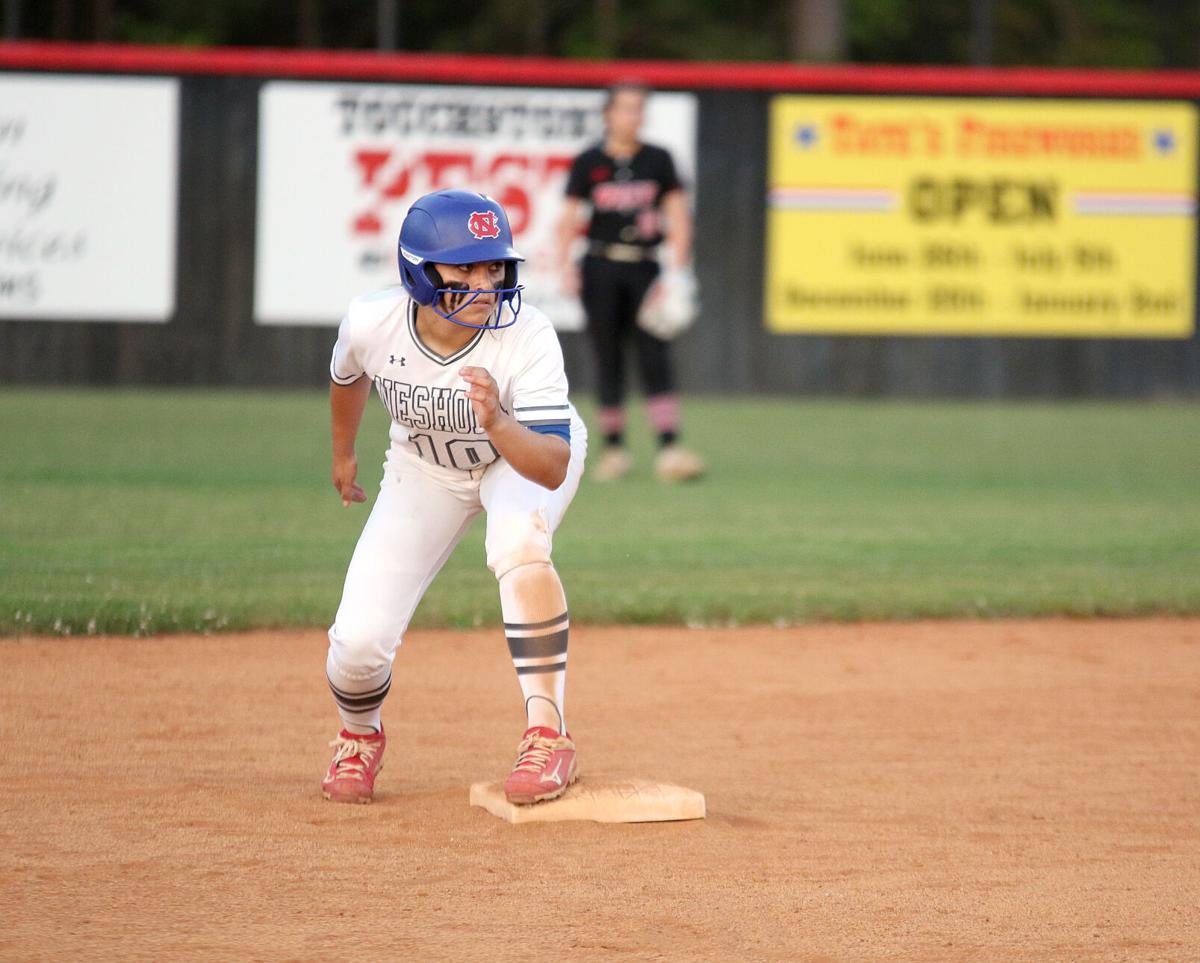 Neshoba Central's Tenly Grisham gets set to run to third base during the Lady Rockets' game at West Lauderdale earlier this season.

Neshoba Central's Tenly Grisham gets set to run to third base during the Lady Rockets' game at West Lauderdale earlier this season.

First it was Aspen Wesley graduating in spring 2019. Then it was head coach Trae Embry leaving in spring 2020 to take over the Holmes Community College softball program.

The expectations at Neshoba Central didn’t change — expectations brought about by winning seven straight MHSAA Class 5A state championships — but the Neshoba Central players weren’t oblivious to the chatter: They wouldn’t be able to win without Wesley, who now pitches for Mississippi State, and Embry, who was head coach for all seven of those fast-pitch titles.

So far, the Lady Rockets have proven those doubters wrong. They sit at 30-0 on the season and are two wins away from another state championship. Neshoba Central will face East Central in Game 1 of the MHSAA Class 5A state title series at 4 p.m. Thursday at Southern Miss. Game 2 is scheduled for 4 p.m. Friday, and Game 3, if necessary, will take place Saturday.

First-year head coach Zach Sanders, who took over after being an assistant coach on Embry’s staff, said the thing that stands out the most about this year’s team is their focus.

“The pressure is there, but you don’t ever see it from them,” Sanders said. “We have experienced girls who have played a lot of high school ball and a lot of travel ball, so they’re used to winning, and that’s what they expect, and they work really hard to make that happen.”

“Coach Sanders always tells us we have a chip on our shoulders,” Grisham said. “We know we have targets on our backs every game, and I tell them without hesitation that we have Elleigh, who is a really great pitcher.”

That’s senior Elleigh Willis, who has been a steady force as the Lady Rockets’ No. 1 pitcher this season.

According to Willis, though, it’s not just her pitching that has led Neshoba Central to win 30 games.

It’s more rewarding, too, after last year’s fast-pitch season got cut short due to the COVID-19 pandemic, robbing Neshoba Central of a chance at winning another title.

“I was sad (when that happened), and then our head coach left to go to Holmes, so that was really big news, too,” Willis recalled.

A year later, and the Lady Rockets have an opportunity to finish what they started. The key, Sanders said, is the same it’s always been: Don’t get too caught up in the moment.

“I’ve been telling them after every practice to stay focused and not get too high,” Sanders said. “We’re working at practice to do what we need to do to take care of our business.”