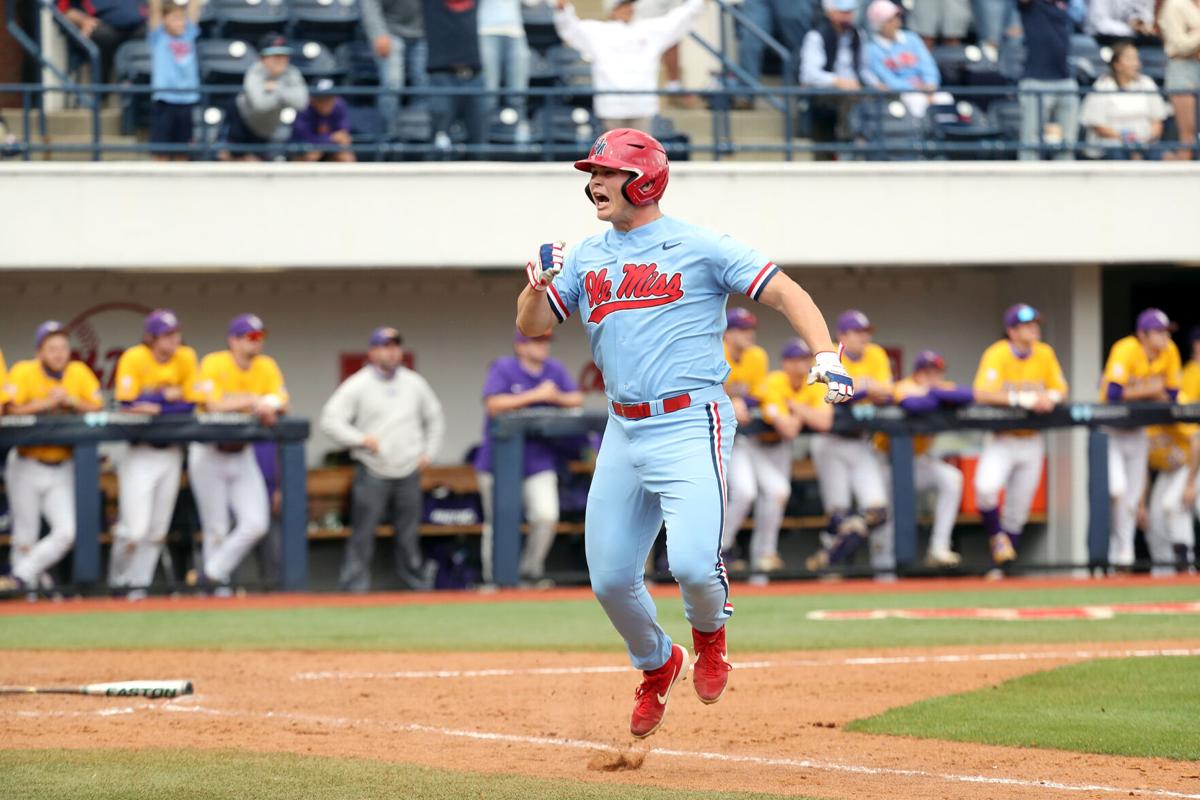 Ole Miss outfielder Kemp Alderman, a Newton County Academy alumnus, pumps his chest and shouts excitedly toward the Rebels’ dugout after hitting a walkoff home run in the bottom of the ninth inning Saturday, April 24, 2021, against LSU. 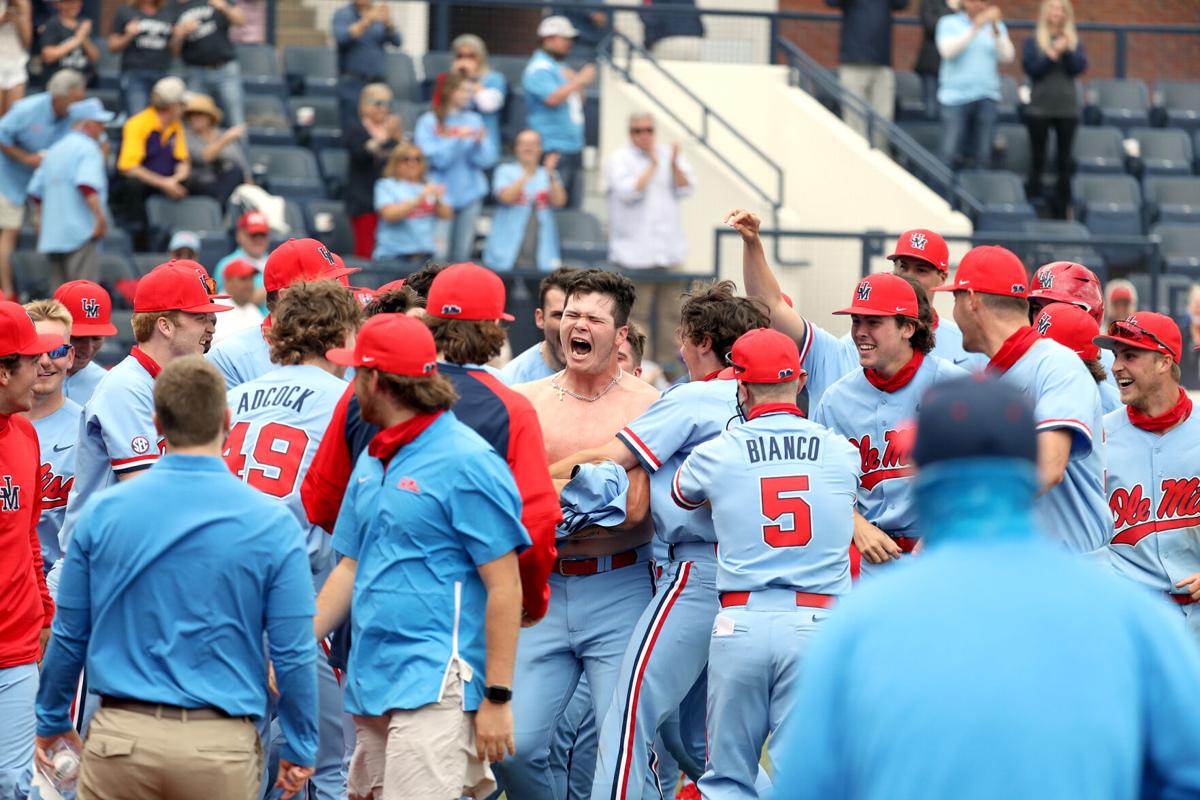 Kemp Alderman is met by his teammates at home plate to celebrate the game-winning blast.

Ole Miss outfielder Kemp Alderman, a Newton County Academy alumnus, pumps his chest and shouts excitedly toward the Rebels’ dugout after hitting a walkoff home run in the bottom of the ninth inning Saturday, April 24, 2021, against LSU.

Kemp Alderman is met by his teammates at home plate to celebrate the game-winning blast.

While Rebels fans around him were jumping up in elation, Kelly Alderman took a more subdued approach and simply smiled as he watched his son round the bases.

Kemp Alderman, a 2020 graduate of Newton County Academy, had just hit a walkoff home run for Ole Miss against LSU Saturday, capping off a 10-9 Rebels victory in which Ole Miss had once trailed 9-1. It was a proud dad moment, and also a reassurance that Kelly Alderman’s advice to his son had paid off.

The Ole Miss coaches initially planned to redshirt Kemp Alderman this season but changed plans this past week, giving him his first start against Arkansas-Little Rock on April 20. The Rebels trailed LSU 9-1 Saturday before an eight-run bottom of the eighth tied it up, setting up Kemp Alderman’s walkoff blast in the bottom of the ninth. He had earlier replaced Hayden Leatherwood in right field.

“It’s kind of what he’s dreamed of,” Kelly Alderman said. “Getting to see that happen, it was satisfying.”

As he made his way around the diamond, Kemp Alderman was visibly excited, pumping his fist and shouting in the direction of his dugout after the blast. It was more emotion than he’s seen from his son in quite some time, Kelly Alderman said.

“Probably since when he hit his first home run as a 10-year-old. I’ve always told him to act like you’ve done it before, and he didn’t quite act like he’d done it before on this one,” Kelly Alderman said with a chuckle, noting it was his son’s first collegiate home run. “It’s been a long time since his last one, with his (senior) season getting cut short and them redshirting him at first to now getting to play.”

It was also rewarding to see his son overcome the initial disappointment of being told he would redshirt.

“He was a little bit frustrated for a few days, maybe even a week, but I think he kept working hard,” Kelly Alderman said. “I told him to keep working hard because you might play this year or next, but whenever it is, just be ready to play. He never stopped working hard, and I think it’s part of the reason he got to play a little bit.”

While he was excited for his son, Kelly Alderman said he wasn’t the only one who deserved credit for the win, noting in particular how Ole Miss closer Taylor Broadway pitched a scoreless top of the ninth to keep the game tied and set up Kemp Alderman’s game-winner.

“It was a team effort,” Kelly Alderman said. “They played hard, and Broadway came in and he was lights out.”

Kelly Alderman may no longer be his son’s coach like he was when the two were at NCA, but seeing his son do something big at his dream school brings with it a unique perspective as a spectator.

OXFORD — For over seven innings, very little went right for No. 9 Ole Miss. That all changed…

Arrangements were incomplete at Berry & Gardner Funeral Home for Mr. Stanley Crowell, 45, of Meridian, who died Saturday, May 8, 2021, at his residence.