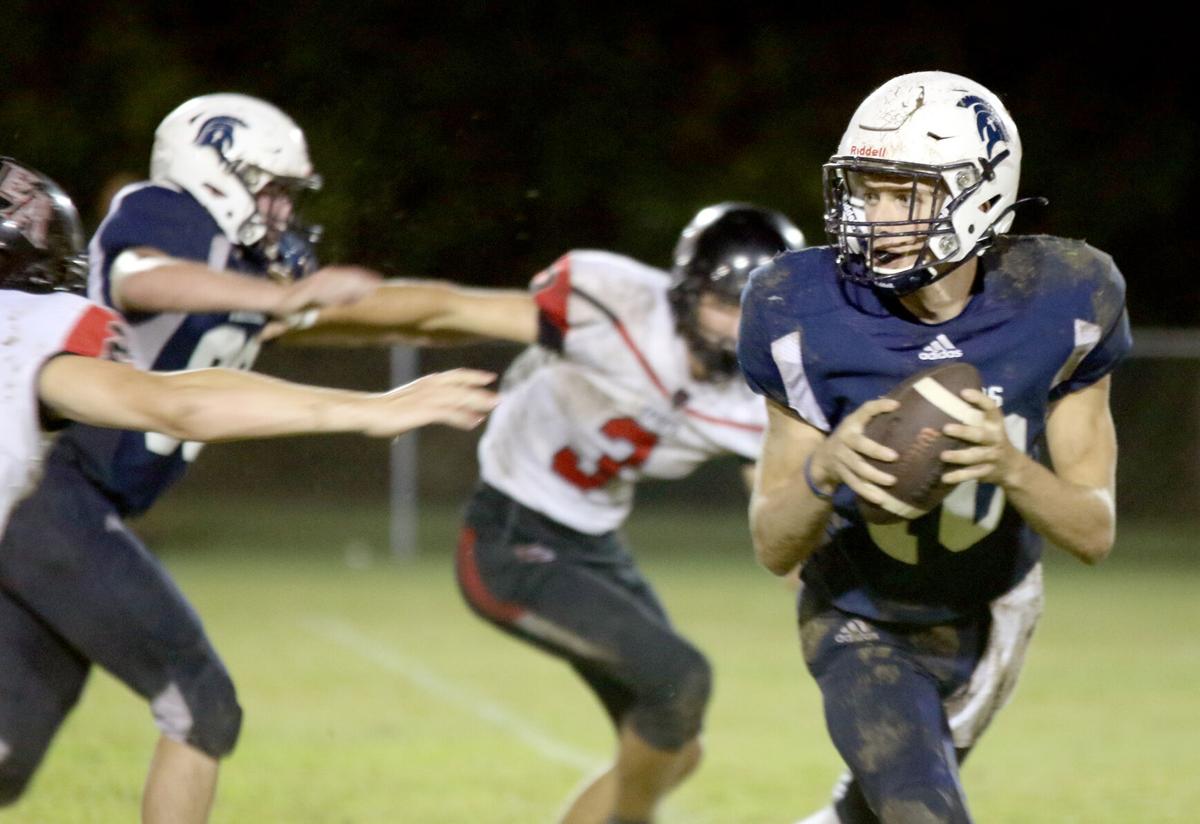 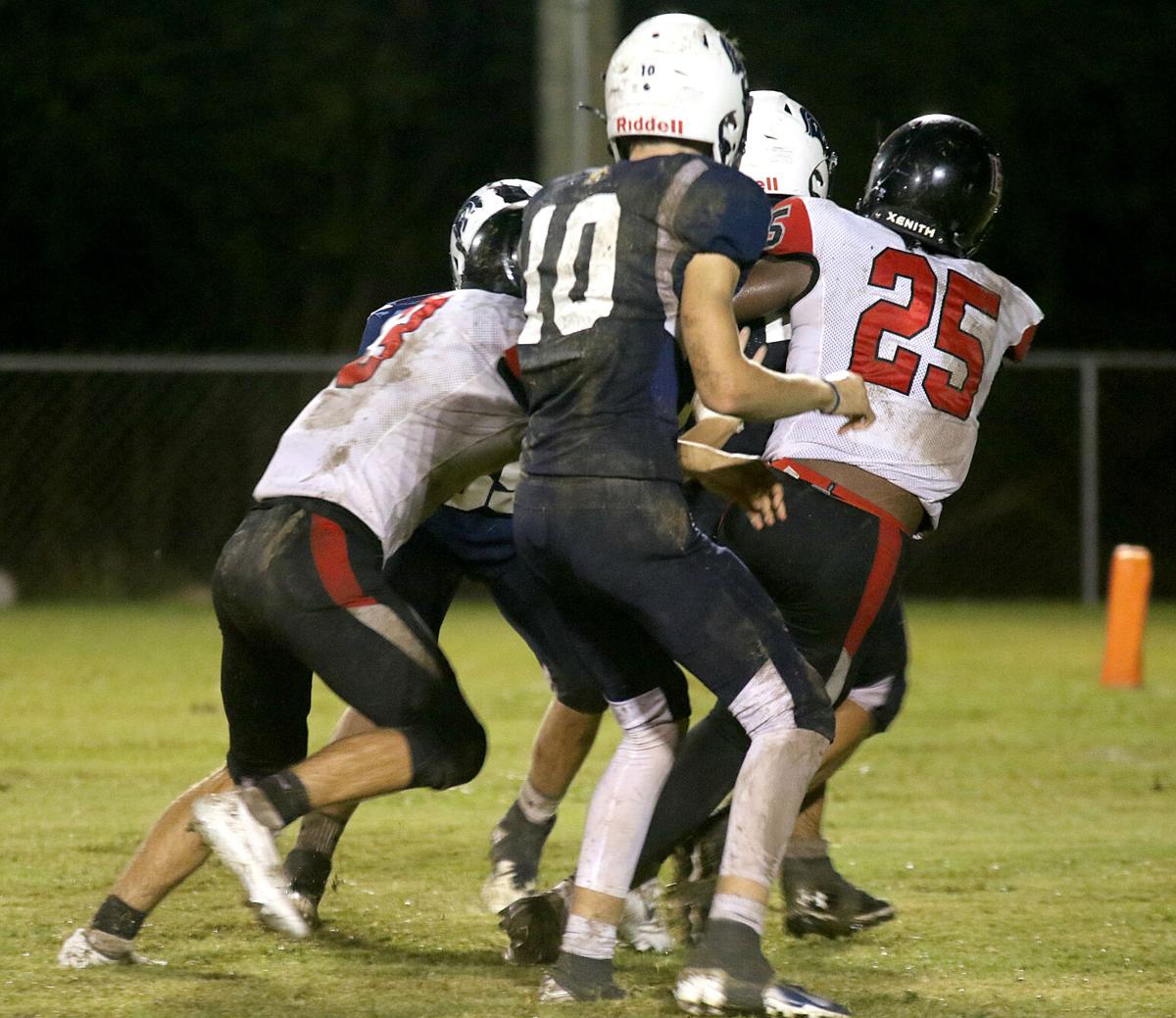 Russell Christian Academy head coach Andy Braddock said size would be a factor against Ezekiel Academy, and he was spot on.

The Knights overpowered the Warriors in both size and speed, scoring four touchdowns in the first quarter and shutting out RCA 32-0 on the road in Alabama Christian Education Association eight-man football action Friday night.

The loss marks the first shutout suffered by Russell Christian since 2015.

“They were big, they were strong and they were fast. I knew going into this game that they probably had the better talent,” Braddock said. “We made a lot of mistakes, too. We did not play our ball tonight.”

Micah Taylor was pressured under center all game and finished 7-for-20 for 32 yards for the Warriors but was sacked just once and didn’t throw an interception. Johnny Wilson caught three passes for 12 yards, and Destin Lea hauled in a pair of passes for five yards. Lea also led his team with six tackles at linebacker, and John Benny Jones added five.

“They were covering him like a blanket. Our offensive line did not do well,” Braddock said. “They had 220-pound guys going up against my 150-pound guys. Sooner or later they’re going to wear us out, and that’s what happened tonight.”

Ezekiel (2-0) executed an 11-play, 61-yard drive that ended with a 28-yard touchdown pass from Austin Gay to Brennan Tormey to begin the contest. After Russell Christian (1-1) punted on its first drive, Gay connected with Noble Sefton on a 57-yard touchdown off a screen pass on first down. Following a Warriors fumble on the ensuing kickoff, recovered by the Knights, Bishop Spackman ran in a score from 29 yards out to make it 19-0 in the game’s first seven minutes.

RCA then strung together a 10-play drive that only went 17 total yards and led to a punt, which was blocked and recovered by Ezekiel. Four plays later, Gay threw a 15-yard touchdown pass Trey Spackman for the Knight’s fourth score of the opening frame to go up 26-0.

A screen pass from Gay to Sefton that went 87 yards into the end zone with less than four minutes to play in the first half concluded the scoring for the evening.

Gay went 8-for-15, completing two passes in the third quarter before being taken out, for 238 yards and four touchdowns, and Sefton ended with 195 yards receiving on five catches and two scores. The Knights finished with 317 yards of offense.

“They just had the size and the speed, and all we can do is lick our wounds and get back to work Monday,” Braddock said.

The Warriors punted on eight of their 10 possessions and failed to move the ball beyond the 34-yard line until their final drive when backup QB John Benny Jones ran for 11 yards on five carries and completed a 5-yard pass to Gabe Brinson to get his squad down to the 19-yard line. The snap on fourth-and-5 sailed over James’ head, however, and led to a turnover on downs.

“We’ve got some things to fix. We’ve got next week to fix it,” Braddock said. “It’s good to get hit in the mouth every now and then, and they hit us in the mouth. Now I’m excited to see what these guys do and how they react to it.”

Russell Christian takes on North River Christian Academy next week in Tuscaloosa. The Warriors beat the Chargers 37-15 at home in their Week 1 matchup Aug. 21.