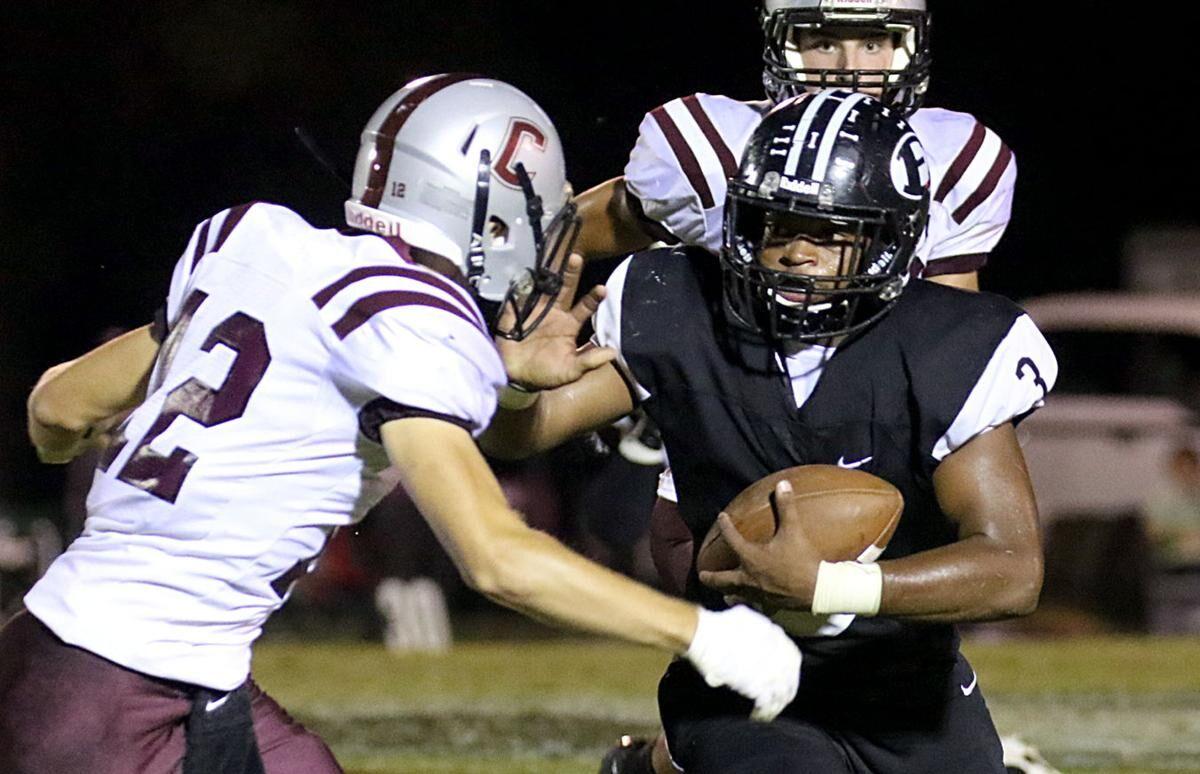 Enterprise's Kristian Milsap (3) tries to get past Clarkdale's Garrett Evans (12) during their game last year. 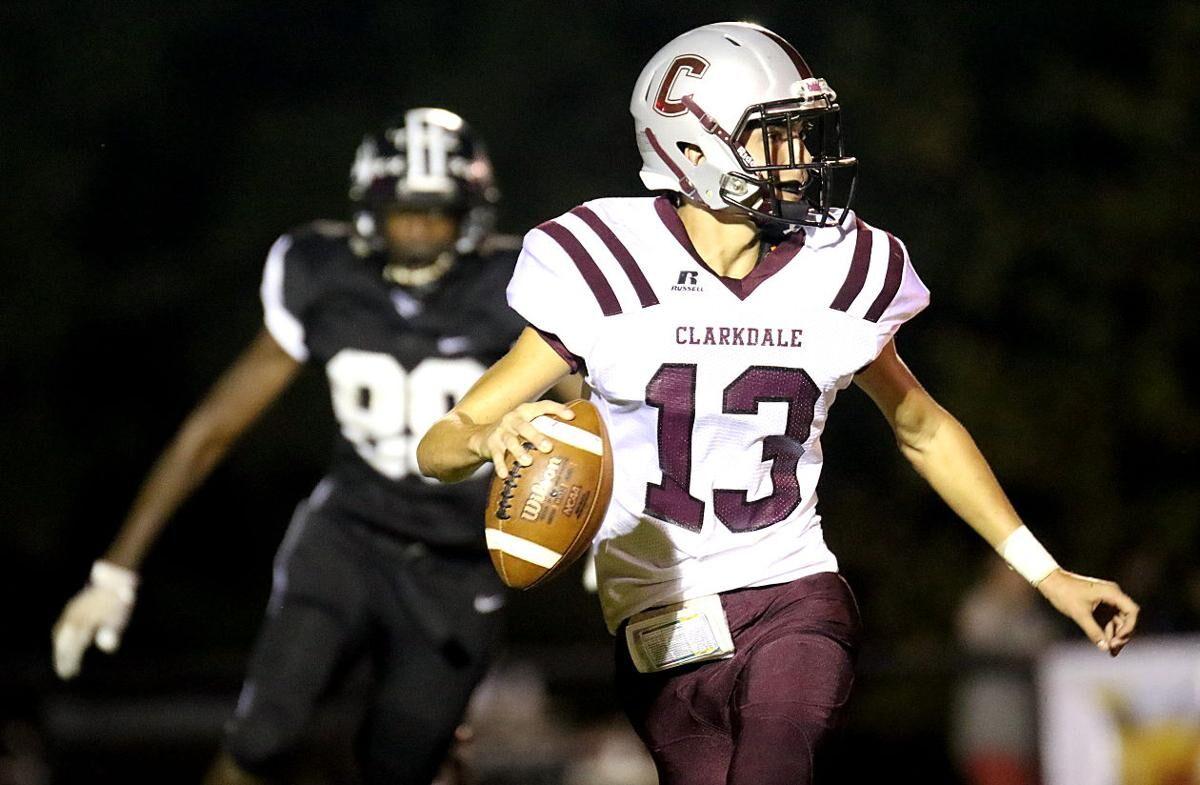 Enterprise's Kristian Milsap (3) tries to get past Clarkdale's Garrett Evans (12) during their game last year.

Depending on which school you’re visiting this week, it’s either Clarkdale hate week or Enterprise hate week.

The two campuses are just a 14-minute drive from each other, and this week Enterprise (2-0) will travel to Clarkdale (1-1) for its annual football rivalry game in a Bulldogs vs. Bulldogs showdown.

“It’s a huge rivalry,” Clarkdale head coach Jason Soules said. “We’re just 8 miles apart. Our kids know their kids, and the coaches all know each other. It’s bragging rights for an entire year and a huge deal to both schools.”

“Honestly, I think our kids are playing with great effort, that’s the first thing,” Jimmerson said. “They’re getting after it.”

For Clarkdale, the season began with a 33-14 loss to St. Patrick in Week 1 followed by a 44-34 win at Mount Olive last week. Friday’s game marks the first home game for Clarkdale this year.

“We rebounded well after a disappointing Week 1 and had a great week of practice last week,” Soules said. “We beat a very athletic team in Mount Olive, and we’re trying to build on the foundation we set last week as we face a big challenge in Enterprise.”

The biggest difference between the first and second weeks was a return to the basics, Soules said.

“We spent a lot of time working on blocking and tackling and not worrying about what the other team does but what we do so we can execute what we need to do properly,” Soules explained. “We’re going to continue to work on the fundamentals of the things we have to do in order to get better.”

Jimmerson’s three key points for his players are always effort, attitude and focus, and he said the players have done a good job maintaining all three despite a far different school routine due to the COVID-19 pandemic.

“This year the focus part is obviously the most challenging thing with so much going on around you,” Jimmerson said. “They’ve done a great job in all three areas. The focus has been really good, and they’re doing the three things I think they need to do in order to be successful.”

When Clarkdale hosts Enterprise, Soules said his team is going to have to match the physicality of the visiting Bulldogs.

“They’re extremely physical, very big, athletic, extremely well coached,” Soules said. “Coach Jimmerson does as good a job as anyone in Mississippi getting a team ready to play. We plan to go out and play as hard as we can and try to win a ball game.”

Jimmerson said like his own team, Clarkdale will rely on its ground game, but he also expects sophomore quarterback Cal Culpepper to try to make some plays with his arm.

“They’re going to run the football, and their offensive line has some good size, but I also think they’re going to try and throw it a little more,” Jimmerson said. “They have a really good quarterback and some guys that go catch it, so we’re looking for a 50-50 mix.”

Rain from the remnants of Hurricane Sally, which hit the Gulf Coast this week, could potentially mean a wet field at Clarkdale Friday, but Jimmerson said his run-oriented offense is ready to meet that challenge if it’s there.

“A wet field doesn’t bother us,” Jimmerson said. “We probably run 90% of the time anyway, so we’ll keep it on the ground. You might see some kids flipping and all that, but we’re not going to worry about the field conditions. We’re just going to play.”

Said Soules, “The field will be the same for both teams. It shouldn’t be an issue.”

Kickoff is at 7 p.m. Friday at Clarkdale.