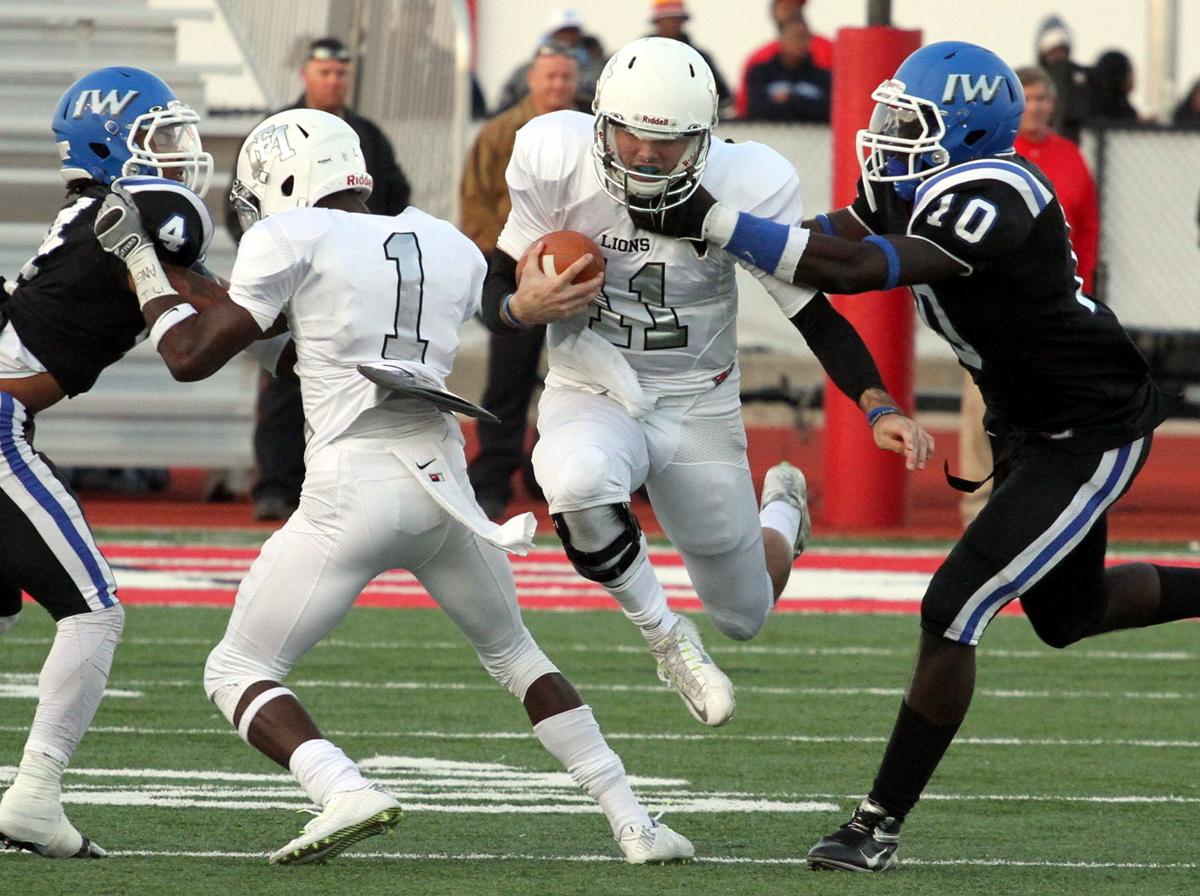 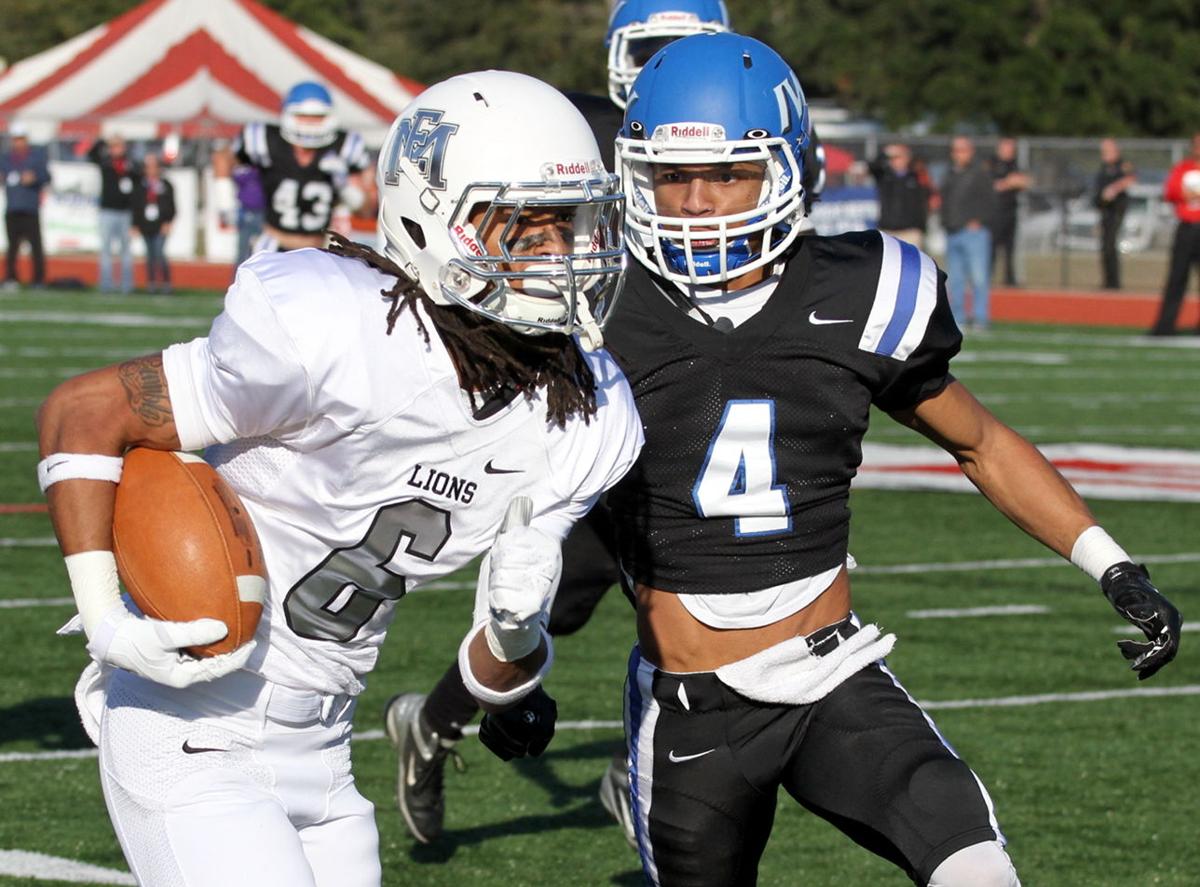 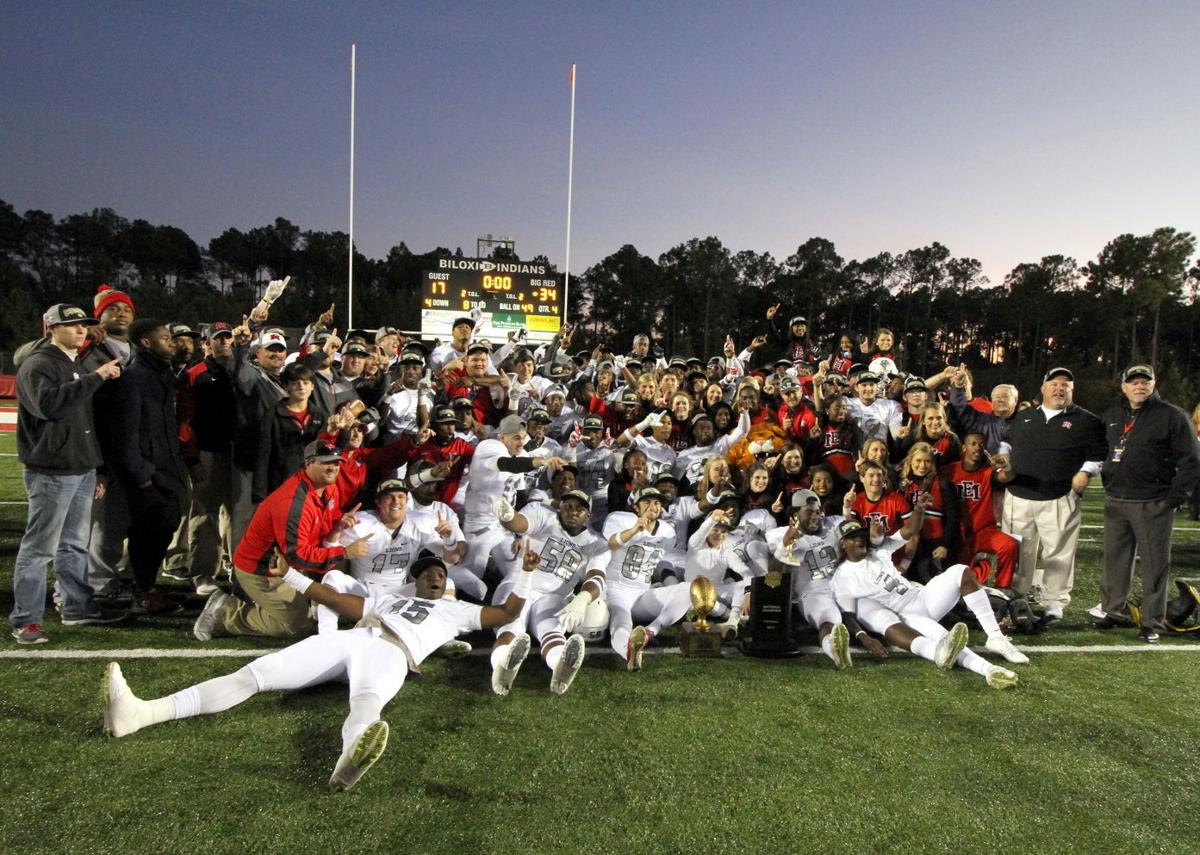 Behind the play of quarterback Chad Kelly, who threw for 434 yards and five touchdowns, the No. 1 Lions topped second-ranked Iowa Western Community College, 34-17, to claim the 2014 NJCAA national championship at the seventh-annual Mississippi Bowl in Biloxi Sunday.

“We’ve had some really great players come through here,” said Stephens, who is in his seventh year at the helm at EMCC. “We’ve had stability in our coaching staff; I think we have some great assistant coaches. I think (the success) says that from the bottom to the top in the administration has bought in. They want to come to these venues and win championships and that’s huge. The support has been a deciding factor (in the success).”

IWCC managed to pull within four points, 21-17, midway through the third quarter after kicker Danny Hamilton connected on a 30-yard field goal.

However, EMCC responded in championship fashion as it marched 75 yards, including a key third down reception of 16-yards by Ja’Marcus Reveis, and culminating in a 7-yard touchdown strike to Camion Patrick from Kelly.

“There are no words for this,” Kelly said. “It’s amazing. All our hard work has paid off, and this is the best feeling ever."

“(Offensive coordinator) Marcus Wood and the offensive did a great job of getting everyone ready,” Stephens said. “And the defensive staff, (coordinator) Jordan Lesley did a really great job, too.”

Kelly, who earned offensive MVP honors, completed 40 of his 53 pass attempts Sunday, spreading the ball around to nine separate receivers.

"I have weapons all over the field," Kelly said. "When you get those guys the balls, they’re able to make plays. I just try to get them the ball because they are great players and let them do the rest.”

Not to be outdone, the EMCC defense forced five turnovers on the day, setting the offense up in great field position time after time.

“The defense saved us a lot,” Stephens said. “Everyone talks about our offense, but (Iowa Western) was worried about scoring on our defense. Our defense smothered them. Our defense played lights out.”

Former Meridian High School standout Isaac Johnson hauled in six passes for 54 yards, including a 39-yard catch in the win.

“I did pretty good,” Johnson said with a laugh. “But I could have done better. I could have gained more yards on my catches.”

Johnson was unable to participate in last year’s national championship win over Georgia Military Community College, 52-32, after tearing his ACL midway through the 2013 campaign.

“This is amazing,” Johnson said. “To be a part of this; we just won the national championship. We’re really the first team to win them back-to-back like this, so it’s a great feeling.”

“I got some one-on-ones and I was able to catch a few passes,” said Davis, who came into the game with just seven catches for the year. “In the offseason, I’m going to work on my speed and my agility, and we’re going to come back and get another (ring) next year.”

Sophomore JaQarius "Quez" Scott has been a mainstay defensively in the Lion's consecutive championship runs.

“To know we were the best in the nation two years running, that just feels great,” Scott said. “My people from Meridian, I talk to them after every game. They always tell me to keep my head up and keep playing. I’d just like to thank everyone from Meridian who supported and Isaac and Corey. It’s really great knowing we had their support behind us.”

“We have an excellent defense,” Scott said. “We were put in some bad situations early on, but we came together as one. We had each other’s backs. (The defense) doesn’t get much credit, but in games like this, we show up.”

EMCC struck first on its opening possession. Facing a fourth-and-goal from the 3-yard line, Kelly rolled to his right and threw back across the field to Brandon Acker for the score.

On the next two Iowa Western possessions, the EMCC defense managed to force fumbles, but the offense was unable to convert either into points.

Yet the Reivers managed to tie the score, 7-7, following a 29 yard touchdown pass from Tay Bender to Charlie Miller at the 13:18 mark of the second quarter.

But the rest of the half would belong to the Lions.

Following an exchange of fumbles from each squad, Kelly connected with Patrick across the middle of the field in traffic, who then weaved his way in-and-around multiple defenders and down the sideline for a 65-yard touchdown pass.

Patrick finished the game with seven catches for 118 yards and two scores.

“Camion is playing like a guy who belongs in the SEC,” Stephens said. “He’s worked really hard, and he’s going to graduate in either May or the summer. He’ll have three years of eligibility, my big thing is helping him get somewhere where they can use his talents; he’s a really talented guy.”

Iowa Western managed to keep EMCC out of the end zone on a goal-line stand, but the momentum was short lived as Allen Sentimore picked off Bender and returned it to the 10-yard line.

Following a sack, Kelly tossed his third touchdown pass of the half after he fired a strike into the corner of the end zone to Revies for a 20 yard score and a commanding 21-7 hafltime advantage.

In the second half, Iowa Western managed to force EMCC to punt from its own end zone on the opening possession.

The Reivers (11-1) would eventually take advantage of their fortuitous field position.

Quarterback Zach Martin, who replaced Bender in the second half, scrambled around the left end and into the end zone for the 8-yard score, cutting EMCC’s lead in half, 21-14.

But Kelly and EMCC would have the final say.

The highly-coveted quarterback found running back Preston Baker for a 33-yard touchdown pass with 2:48 remaining to put a bow on EMCC’s championship season.

“I think there is a standard that’s been set (at EMCC),” Kelly said. “Everybody that comes through here knows exactly what the standard is. It’s a credit to the coaches and the administration that gets us prepared for these games.”

While cherishing the victory with another championship to be added, Stephens’ remains hungry, as the EMCC head man eagerly looks forward to defending the school’s back-to-back national championships.

“I want to get on the road and start recruiting,” Stephens said. “But my house needs a Christmas tree. I’m going to recruit during the day and buy a Christmas tree at night.”