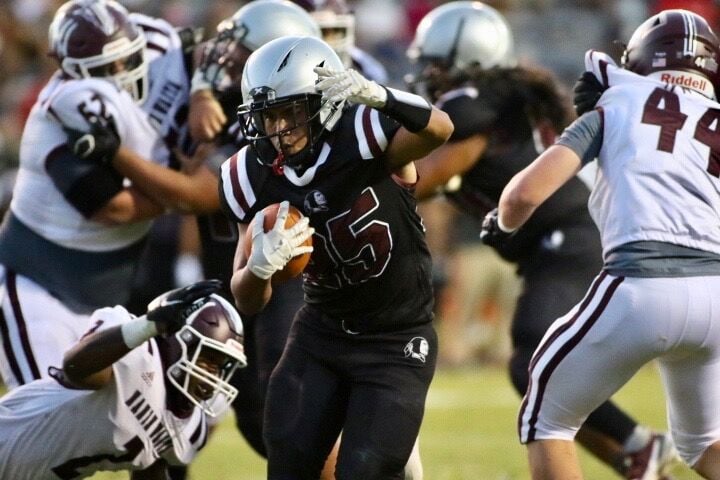 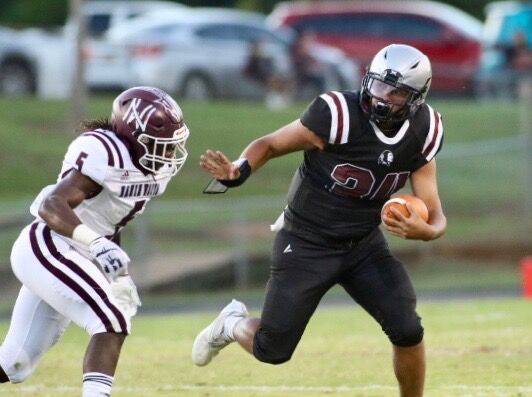 PHILADELPHIA — It wasn’t pretty, but Choctaw Central coach Pepper Posey will take it.

In a game that featured nine turnovers, Choctaw Central rallied to a 27-19 win over Nanih Waiya in an all-Warrior matchup on Thursday night.

“I (asked) the guys, ‘Are we going to show up and show out or just show up?’” Posey said. “The guy’s responded well, and we played well defensively.”

The first touchdown of the game came off the first turnover.

Nanih Waiya fumbled on their second play from scrimmage, and Choctaw Central capitalized on a 6-yard touchdown run by Brydon Wesley with 3:47 left in the first quarter to give it a 7-0 lead.

The score stayed the same until seven minutes left in the third quarter as Nanih Waiya’s Rico Moore scored on a 1-yard run to tie the game 7-7. Choctaw Central responded to retake the lead 13-7 on an Eli Joe 45-yard touchdown run with 5:50 left in the third, but Nanih Waiya answered on a 65-yard halfback pass from Rico Moore to Ked Moore to tie the game at 13 with 2:55 to go in the frame.

After Nanih Waiya fumbled for the fourth time, Joe took the snap and scampered 49 yards to end zone with 4:40 left to give Choctaw Central the 27-19 advantage that ended up being the final.

Joe finished the night with 106 yards rushing on 18 carted with two touchdowns and had 83 yards passing with a touchdown to lead Choctaw Central (1-1).

“I can’t be more pleased with Eli and how he put everything on his back and carried us,” Posey said. “We’ve got to get the mentality part of this game right, and the way the kids fought tonight is what we’ve been looking for, and we’ll need it moving forward.”

Rico Moore had 153 yards rushing with a touchdown and the passing touchdown to lead Nanih Waiya (0-3), which had six turnovers in the game.

“We’re young, and we have to value the ball, and we didn’t do that tonight,” Nanih Waiya coach James Courtney said. “When you turn the ball over like we did, you’re going to get beat.”

William Eustus Godwin was born Aug. 2, 1949, in Meridian, Miss. to Evan and Mildred Godwin. He was the third son and youngest of four children. Feb. 26, 2021, William slipped peacefully from a world in which he spent a life bringing beauty. An accomplished artist, decorator, and avid student…