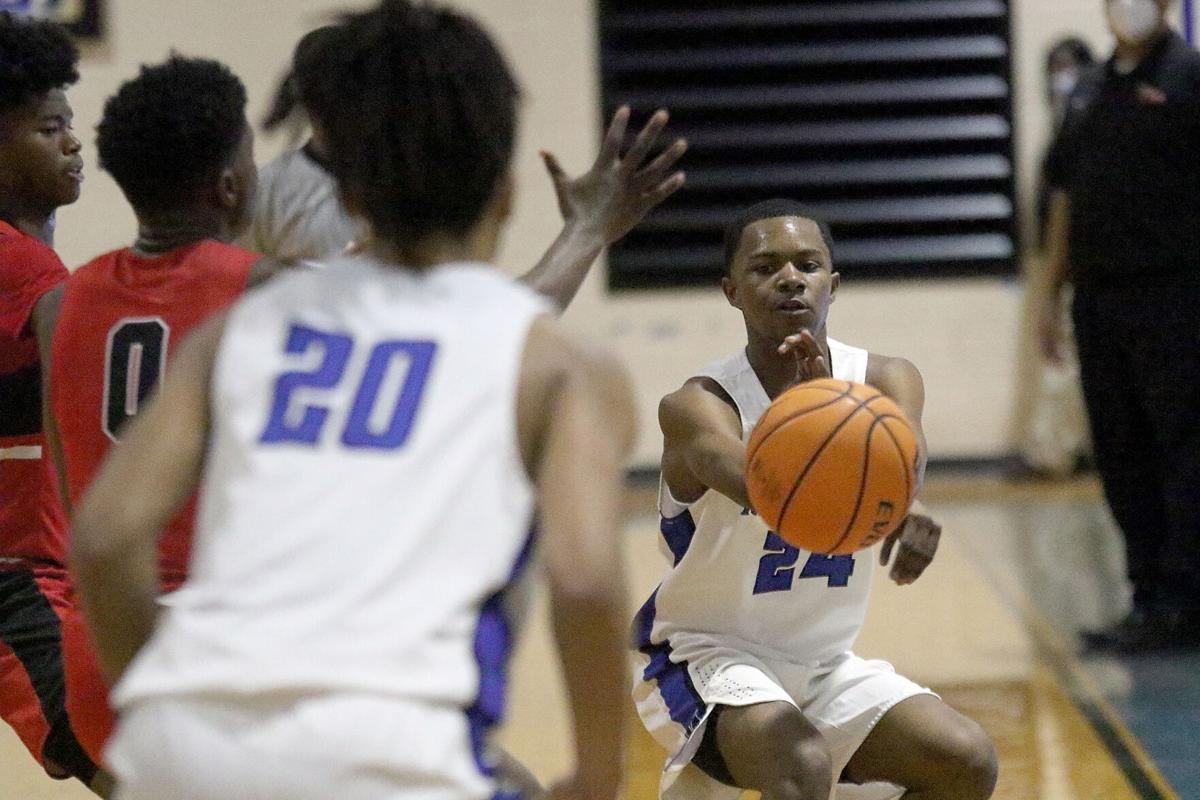 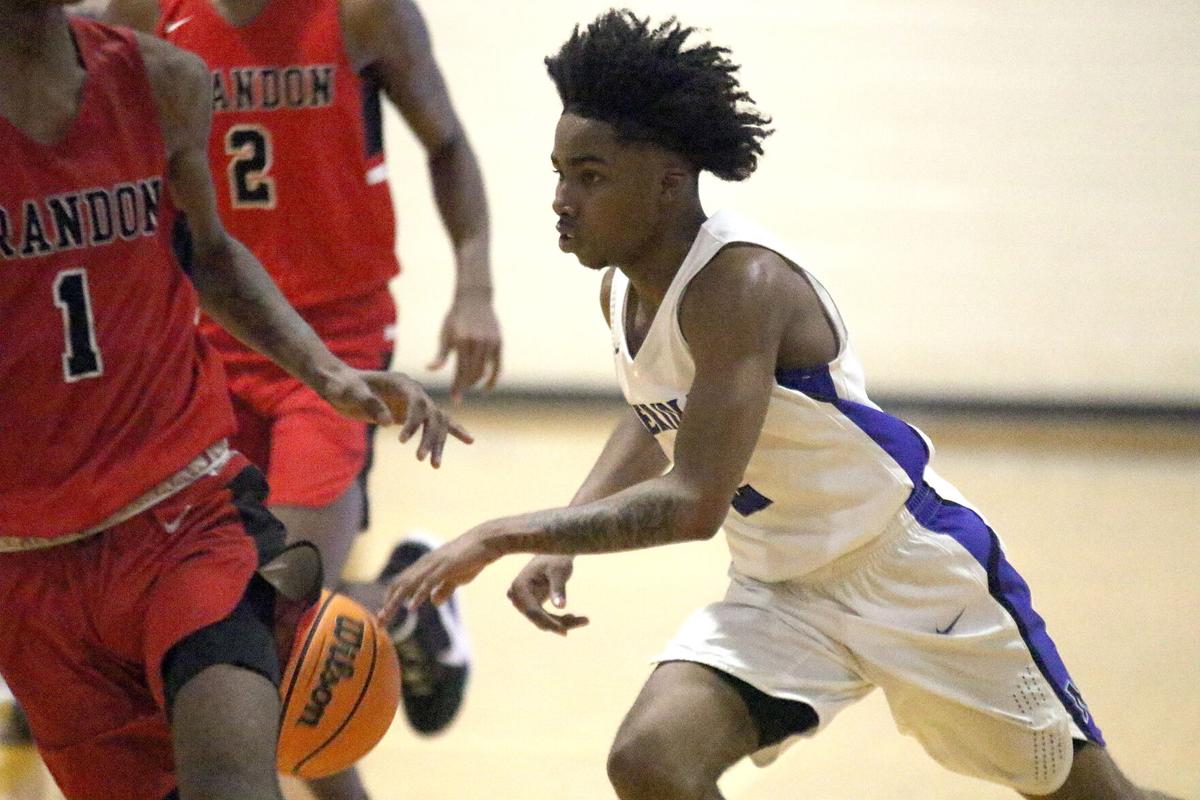 MHS's Josiah Jones goes hard toward the basket during their playoff game against Brandon Thursday, Feb. 25, 2021, at MHS. 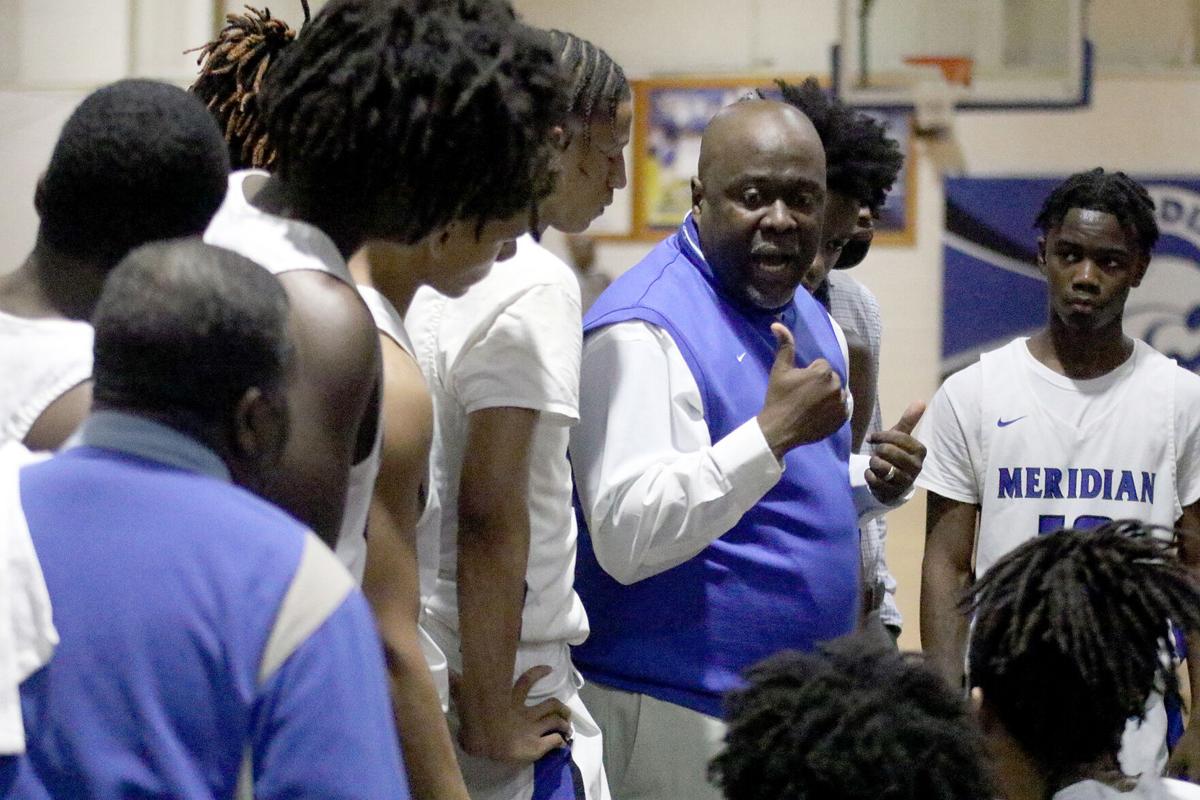 MHS boys basketball coach Ron Norman talks to his players during a timeout in their playoff game against Brandon Thursday, Feb. 25, 2021, at MHS.

MHS's Josiah Jones goes hard toward the basket during their playoff game against Brandon Thursday, Feb. 25, 2021, at MHS.

MHS boys basketball coach Ron Norman talks to his players during a timeout in their playoff game against Brandon Thursday, Feb. 25, 2021, at MHS.

After a first-round bye, the Wildcats hosted the Bulldogs in the second round of the MHSAA playoffs and kept pace with Brandon for much of the night, but MHS was never able to generate quite enough offense to take the lead, and the Bulldogs pulled away to win 60-49.

MHS trailed 30-23 at the half and was behind as many as 12 points in the third quarter, but the Wildcats had a few good possessions at the end of the third that were capped off by a Demarcus Powe 3-pointer at the buzzer that cut Brandon’s lead 43-38 going into the fourth. Every time MHS would cut it close, however, Brandon would build its cushion up again. Even with multiple turnovers late in the fourth quarter by the Bulldogs, the Wildcats couldn’t hit shots consistently enough to make them pay, and MHS was only 8-for-18 at the free-throw line.

“They made layups, threw over our press — they’re so tall, and we still forced a bunch of turnovers — and we’d cut it to five, and they’d get a layup,” MHS boys basketball coach Ron Norman said. “We’d cut it to three, and they’d get four straight points and go back up by seven, so we were always digging ourselves out of a hole. At the end of it all, I loved our effort and loved our play, and we have some (good) kids coming back, so we’ll lick our wounds tonight and be right back at it tomorrow.”

Powe finished with four 3s and 25 total points but was the only Wildcat to score in double figures. JonQuavius Richey had six points for MHS, and Josiah Jones finished with five. Brandon had three players in double figures — Terell Dixion with 18, Ledarion Perkins with 14 and Isaiah Morey with 13 — and the Bulldogs’ height advantage was sometimes too much to overcome despite strong effort by the Wildcats.

“We did everything right and made every rotation, but God made them 6-foot-7, 6-foot-6 and 6-foot-7, and no matter how well we do some things defensively, athleticism takes over sometimes,” Norman said.

The loss ended MHS’s season, and Jones said he will treasure the memories of playing alongside his fellow seniors — Demarcus Naylor, Quavo Collins, Richey and Kamondre McDonald — and the rest of his teammates even if the season ended sooner than they would have liked.

“I feel like we played to the best of our abilities, and the guys on our team came in and fought day-in and day-out,” Jones said. “I love them all, and I wish them the best moving forward.”

The start of the MHSAA basketball playoffs were delayed a week due to inclement weather, and with MHS having a first-round bye after winning its divisional tournament, it meant nearly two weeks in between games. Jones admitted that long layoff made it difficult to re-capture the momentum the team had after it beat Oak Grove Feb. 12 in the Region 5-6A championship contest.

“It’s tough because me and my guys couldn’t catch a rhythm,” Jones said. “As we came off beating Oak Grove in the district championship, it was hard coming back in after the storm and feeling the same hype coming off two weeks of no play.”

Even with the disappointment, Norman said he expressed gratitude to his players after the game for their hard work and willingness to be flexible during a season played amidst the COVID-19 pandemic.

“I’m proud of our kids,” Norman said “Overall, we’re 13-7 on the year, district champions, and every team we’ve lost to this season — Brandon twice — are all playing tonight. We didn’t downsize our schedule, and I’m proud of these seniors who laid it on the line for me every night, every day, every practice. Hopefully we can get COVID done with so I can get a summer with my kids and we can try to continue this tradition here at Meridian High.”