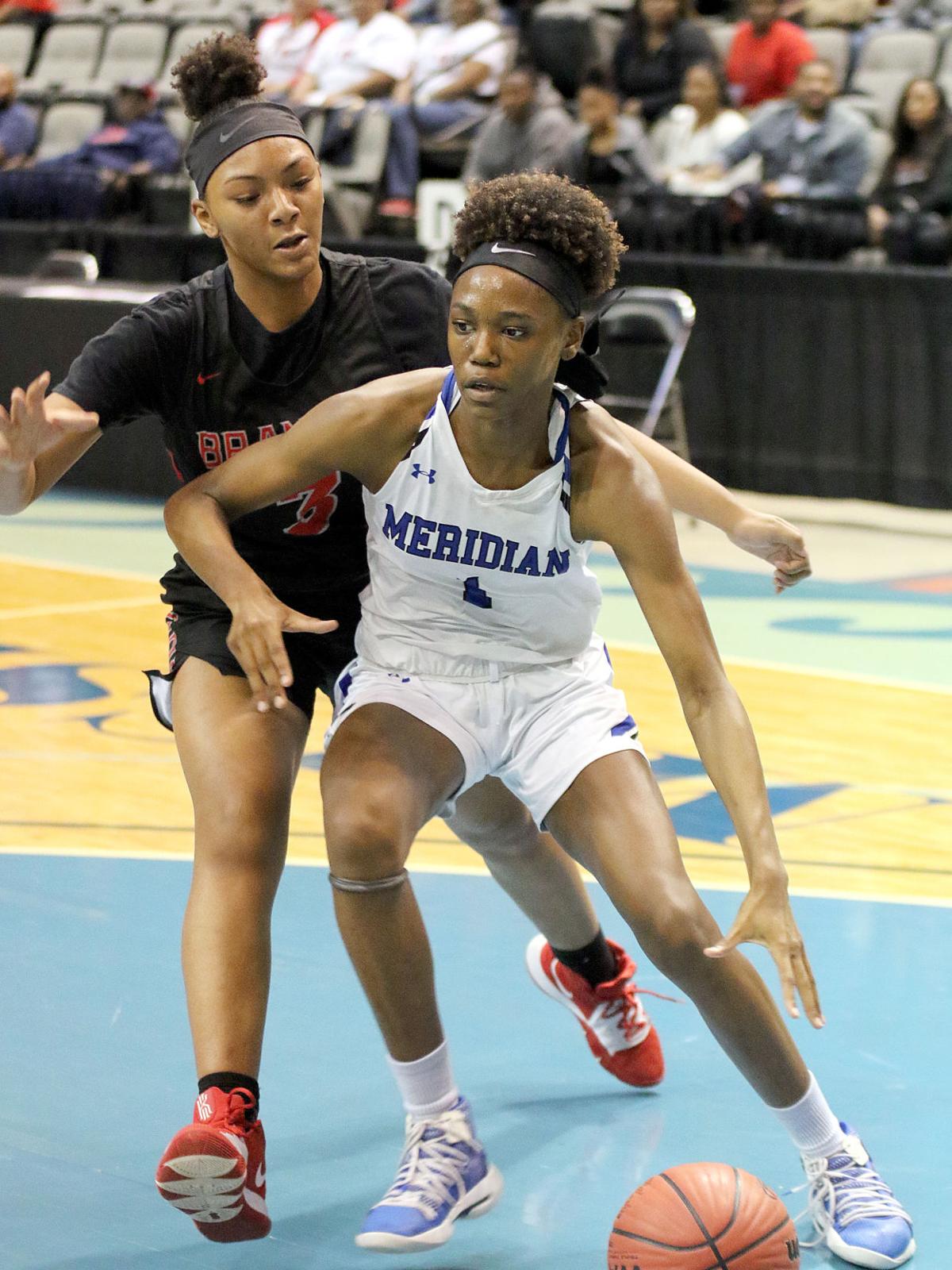 Meridian’s Ti’Ian Boler, right, tries to get around a Brandon defender during their MHSAA Class 6A quarterfinal game February in Biloxi. 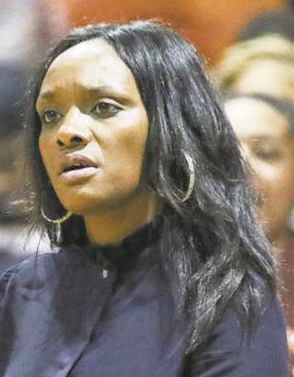 It’s easy to be in a fitness routine when you’re an athlete going to school every day.

Meridian graduate Ti’Ian Boler has had to fight through complacency since her season ended in early March, right before the coronavirus shutdowns. Used to a regular practice schedule, Boler spent the final months of her senior year at home, and she admitted the change in situation made it more difficult to stay on top of her game.

Still, Boler is determined to stay in shape as she prepares for her college basketball career at Jackson State, with which Boler signed in the spring.

“It’s hard being motivated at a time like this, but it’s your own choice,” Boler said. “I’m going to college now, whereas in high school, I was made to work out.”

Boler has kept in contact with Jackson State head coach Tomekia Reed, who has helped keep her motivated during the COVID-19 pandemic. In addition to running, Boler said she goes to the gym to work on her shooting and ball handling every other day.

“She’s been doing some individual workouts and things like that, but it’s been limited because of COVID,” Meridian girls basketball coach Deneshia Faulkner explained. “She hasn’t been able to get the workouts in that she probably planned on getting in, but she’ll still be OK.”

After originally planning to arrive at Jackson State this month, Boler and the rest of the Jackson State women’s basketball players had to delay their arrival to August due to the pandemic.

“Coach Reed is disappointed because she was looking forward to seeing us in July, but she said she’s proud of me for all the running, and she’s excited to see me,” Boler said. “She has great plans for me.”

“They’re getting a winner, someone who’s used to working hard,” Faulkner said. “Coach Reed is an extremely hard worker and very passionate, and coming from Meridian High, that’s something (Boler) will be used to in terms of coaching styles, so she should feel at home.”

Hopefully, Boler’s arrival won’t be delayed further — and it’s something Boler admits she worries about.

“I’m ready to go to school,” Boler said. “I hope (the coronavirus) doesn’t affect basketball too much. I’m ready to start a new chapter in my life, so I hope nothing gets canceled.”

Even though Boler has graduated, Faulkner said her example — someone who worked hard and earned a basketball scholarship — will stick with the team going into the Lady Wildcats’ upcoming season this winter.

“Kids coming up need to know what is within their reach, and not only that, but a lot of college coaches have been giving our program looks, and when they hear the name Meridian, we want them to automatically be interested, and Ti’Ian is playing a huge part in that image,” Faulkner said.