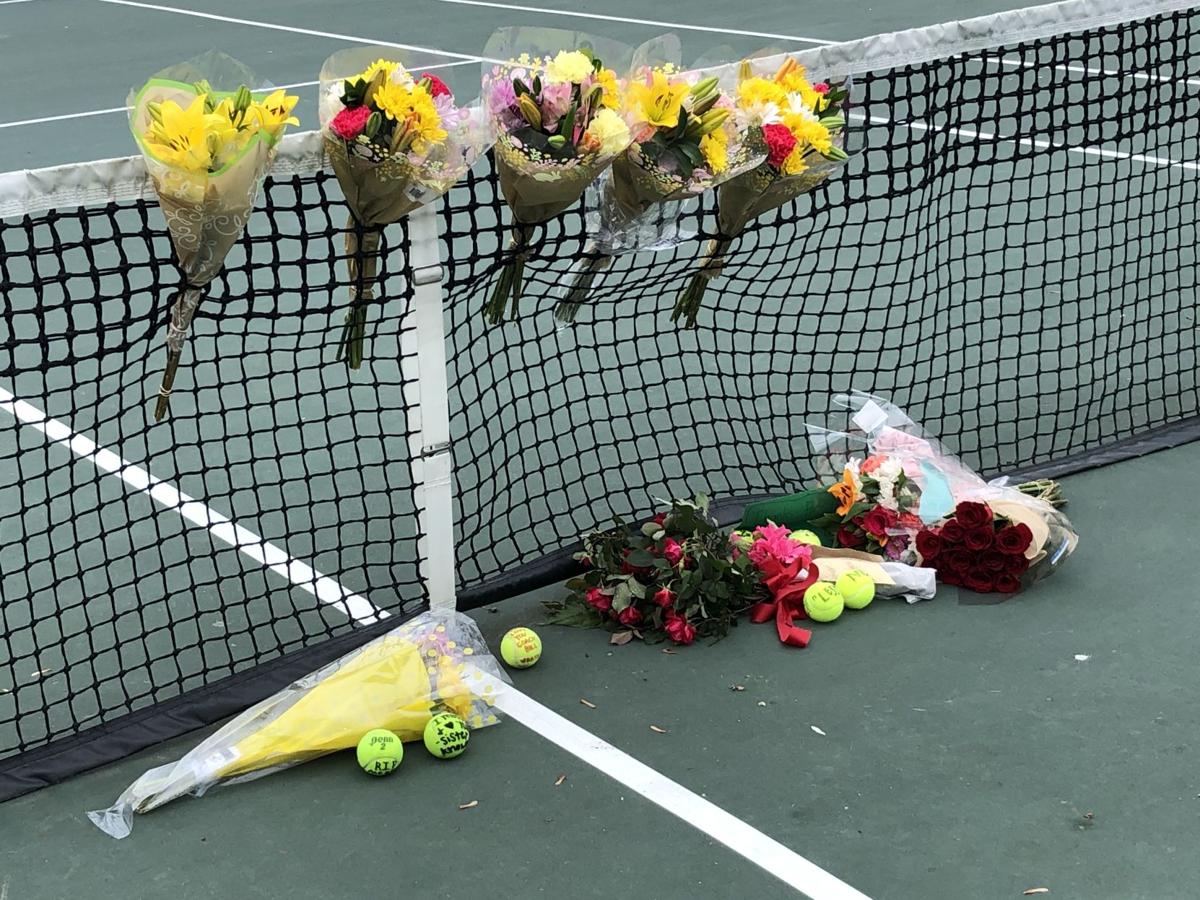 Flowers and tennis balls with personal messages are left at court nine of Northeast Park Tennis Center. The court was where Bill Autry gave lessons. 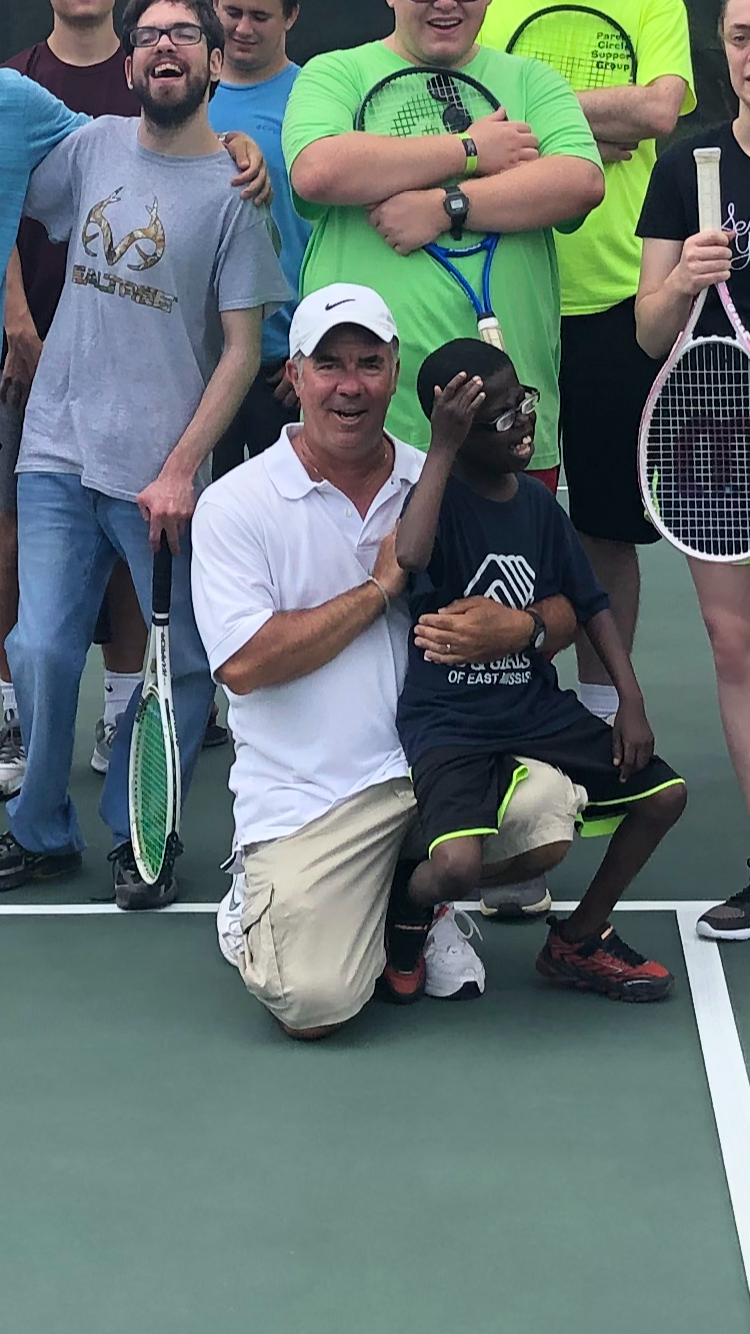 Bill Autry is pictured at a tennis clinic he gave for special needs children June 8, 2019.

Several flower bouquets, along with tennis balls that feature messages of love and farewell, are displayed on court nine of Northeast Park Tennis Center.

James W. “Bill” Autry, a longtime tennis coach in Meridian and figure of the sport in the community, died of a heart attack Monday at Anderson Regional Medical Center. He was 56 years old.

A 1981 graduate of Meridian High School, Autry went on to play tennis at Meridian Community College for two years before completing his education at Mississippi State. He served as head coach at Lamar School for more than a decade, most recently leading the Raiders to a state championship last spring, and taught numerous players through private lessons for years.

“I’m still in a little bit of shock over the whole thing. Bill was a great personal friend of mine — not just a professional relationship — a great man of God and a mentor,” Adams said. “A tennis coach doesn’t even scratch the surface when you talk about who Bill was.”

Retired Meridian Community College tennis coach Wanda McPhail said she learned about Autry and “became a fan” of his when her oldest child began taking lessons, followed by her next two children. She said he was a quiet, humble man who defined what a gentleman was.

“I’ve been told that he was probably one of the best tennis players to ever come from this area, but Bill never talked about himself. He was not one who had to tell you how good he was or any accolades that he had. It was all about the kids he had taught,” McPhail said. “He was a man of integrity, of honesty, of loyalty, of kindness, and he was a man of God.”

One of the kids he taught, Paxton Powell, said he was mentored by Autry for around half a dozen years and that the influence he had is ingrained in the tennis community.

“(He was) one of the most influential people I ever met. Not only did he care about improving a person’s tennis skills, but he truly cared for people and their well-being,” Powell said. “From teaching me about tennis to the simplest things in life, Mr. Bill will forever hold a legacy at the Northeast tennis complex and the people he impacted.”

Autry continually hosted clinics at Northeast Park for kids as part of the Laurie M. Autry Memorial Fund for Special Needs Children, named in honor of his first wife, who died in 2002.

Before he became tennis director at Northwood Country Club, Anthony Hiatt’s first tennis coach was Autry back in junior high school. In the years since he became director, Hiatt said Autry would accommodate a tournament happening at Northwood by hosting some of its matches at Northeast. He also organized practices and scheduled court times for multiple area schools that trained there.

“He was a great friend to a lot of people over the years and an asset to tennis here in Meridian. I owe him to getting my start in tennis years ago,” Hiatt said. “He was just always looking to grow the game of tennis and try to steer young people in the right direction. It’s going to leave a big void. There are going to be a lot of kids looking for tennis lessons now because he taught a lot of people in the community over the years.”

McPhail said as a coach, Autry would teach anybody. No matter what someone’s skill was as a tennis player, he was always a motivator.

“He would take players who didn’t necessarily have this tremendous amount of athletic ability and who weren’t wealthy kids, and he would take them in groups and he would encourage them, no matter how much athletic ability they had, that they could do it. He made you believe in yourself,” she said. “I can say I never heard Bill Autry say any bad word about anybody. I guess if I had sort of a hero, Bill’s it.”

Adams added that Autry’s positivity will be unmatched.

“Nobody will be able to replace Bill, one of those great people God put on this earth for the rest of us to enjoy,” he said. “Just an encourager, always optimistic, found the good in anything and usually brought the good with him.”