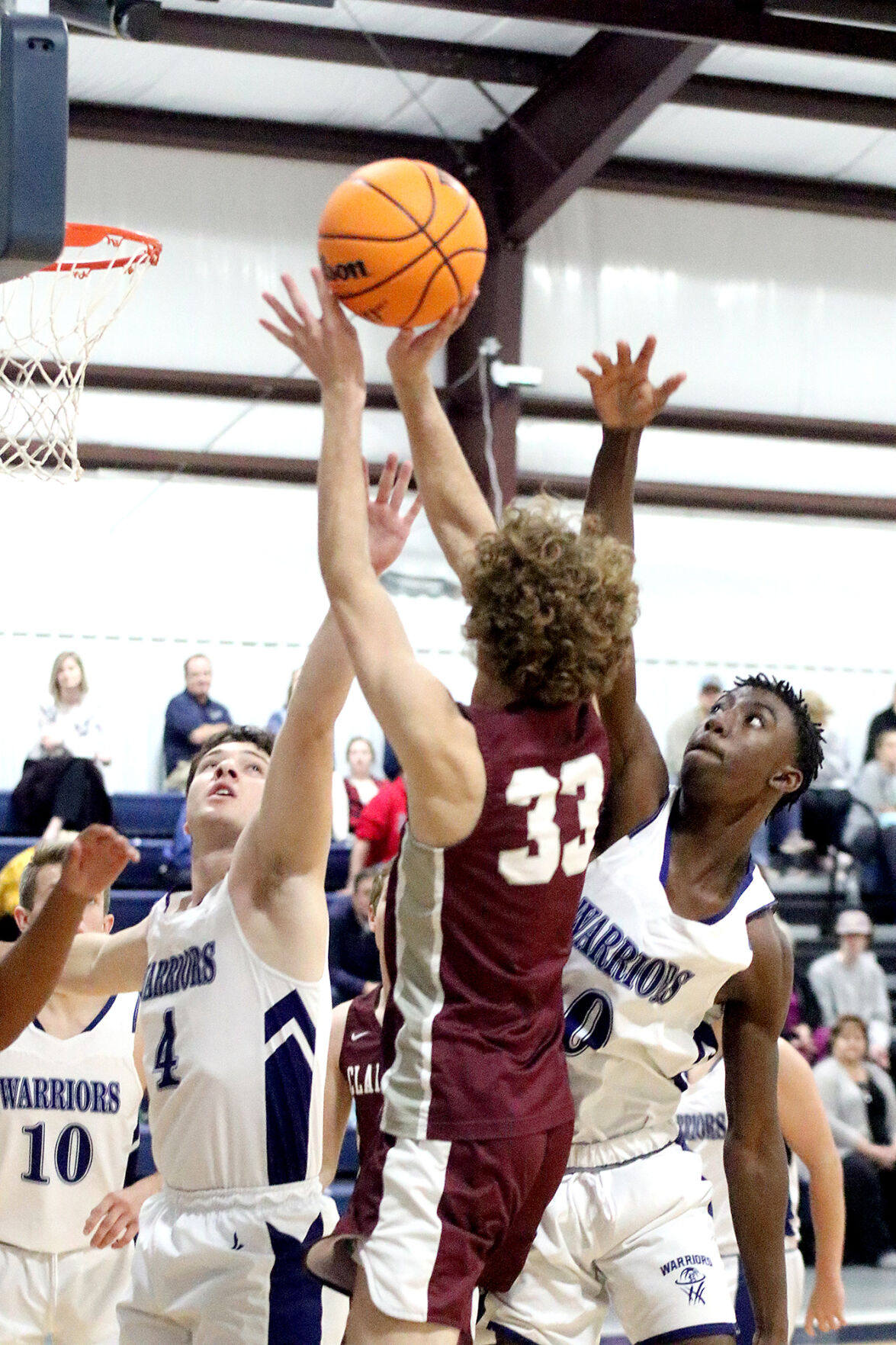 Clarkdale's Zach Rutledge (33) gets a shot off as Russell Christian Academy's Johnny Wilson (10) and Jonathan Townsend (4) try to defend him during their game Tuesday, Nov. 30, 2021, at RCA. 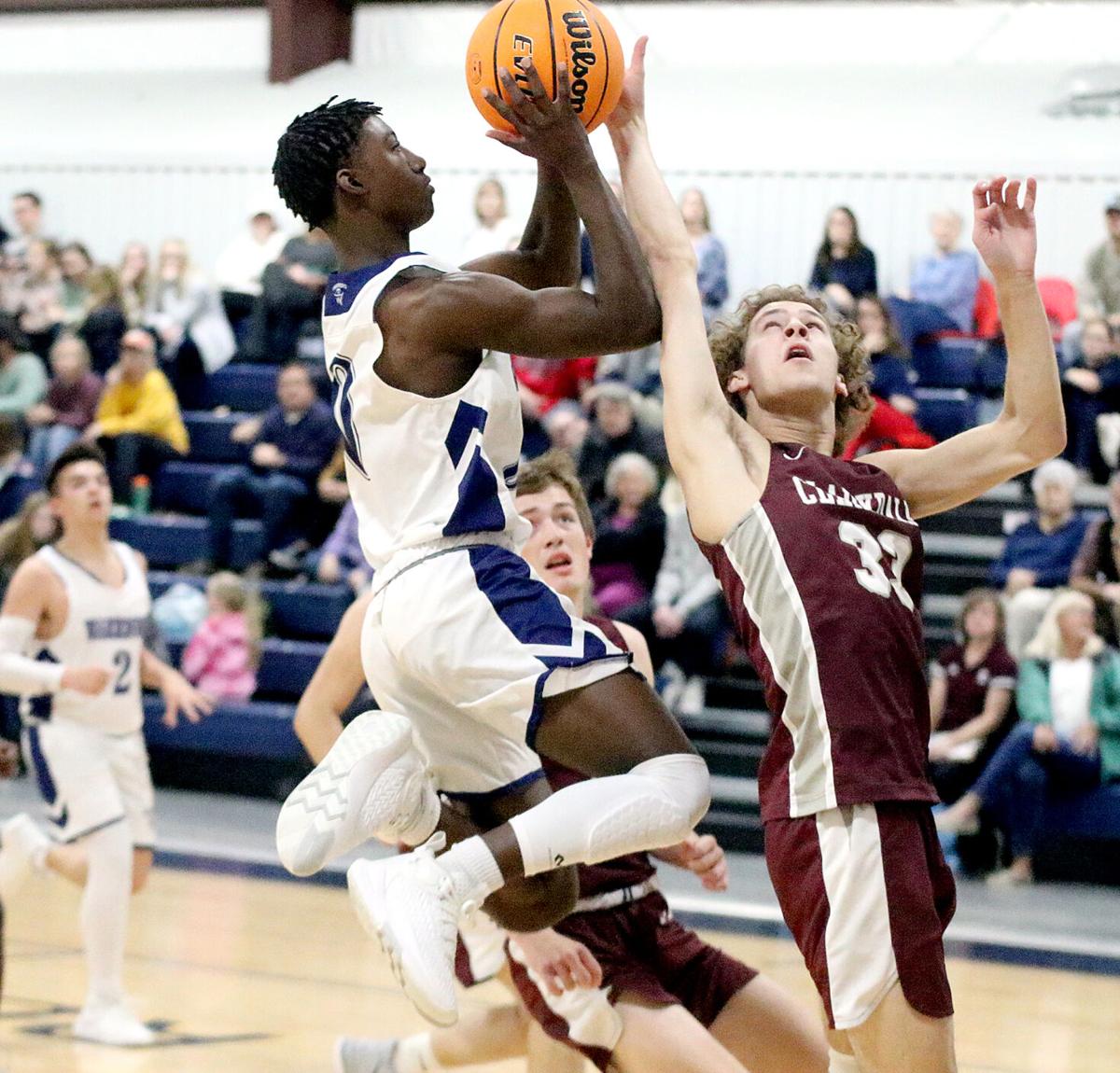 Russell Christian Academy's Johnny Wilson goes up for a layup as Clarkdale's Zach Rutledge (33) gets a hand on the ball during their game Tuesday, Nov. 30, 2021, at RCA. 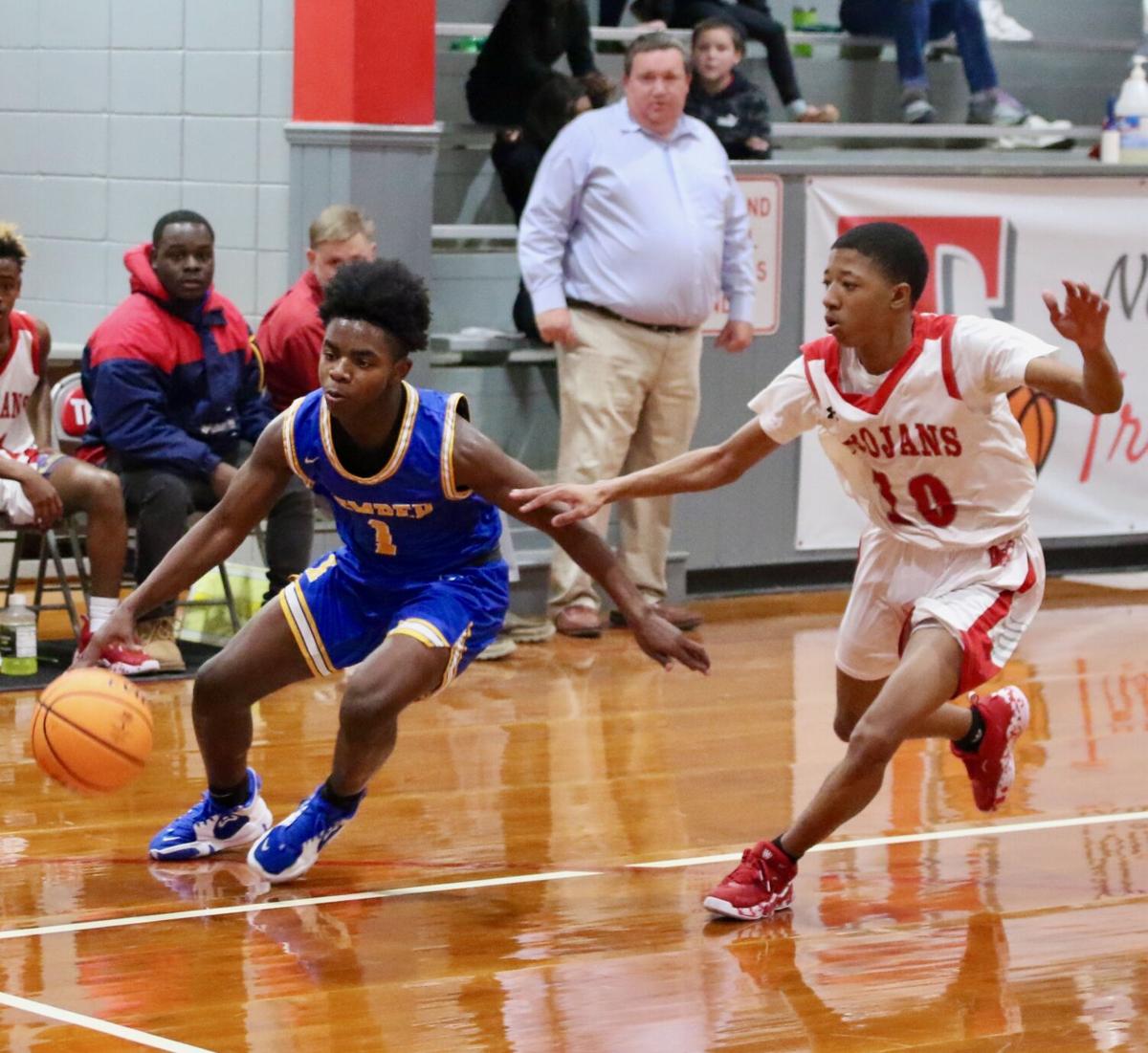 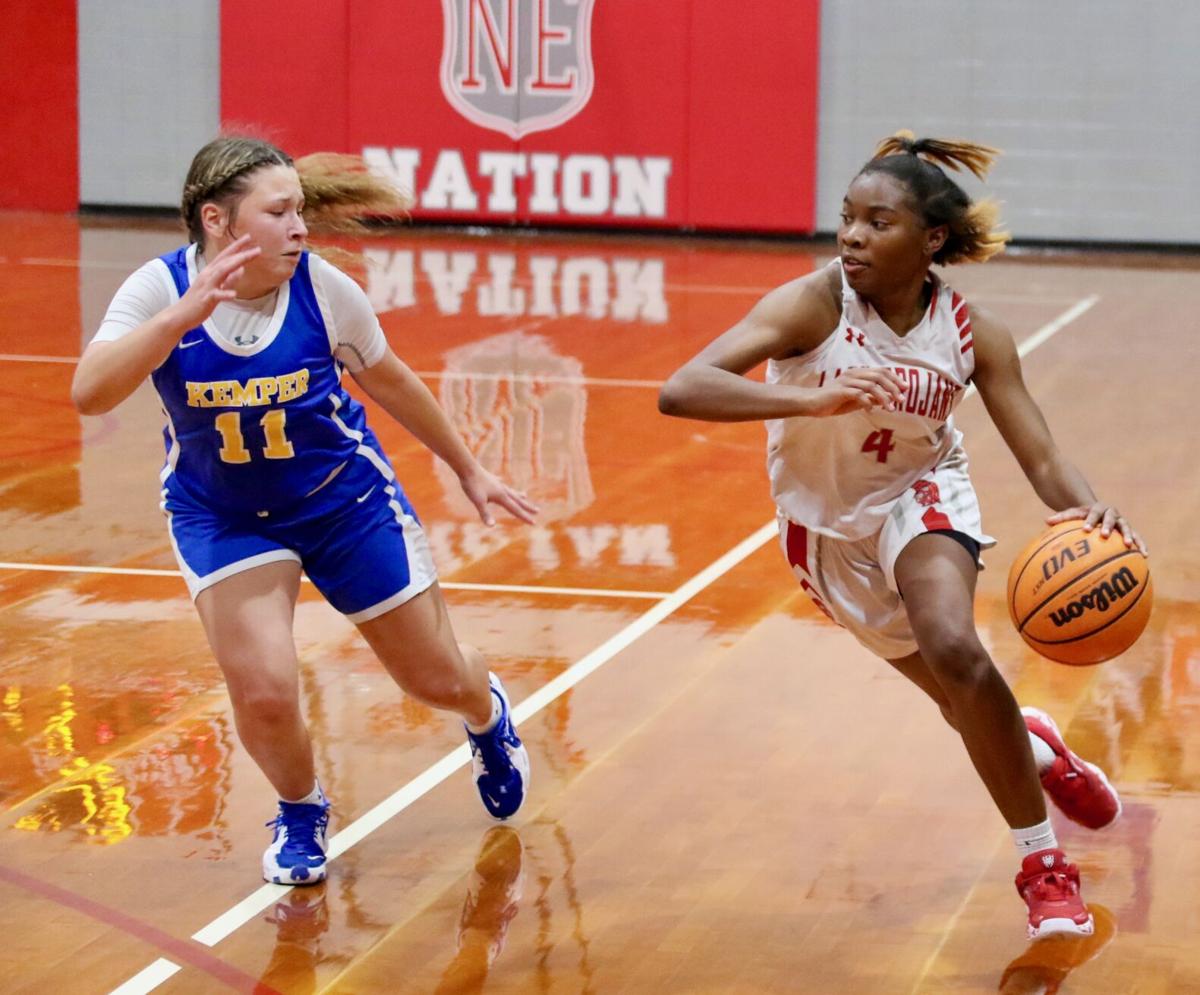 Clarkdale's Zach Rutledge (33) gets a shot off as Russell Christian Academy's Johnny Wilson (10) and Jonathan Townsend (4) try to defend him during their game Tuesday, Nov. 30, 2021, at RCA.

Russell Christian Academy's Johnny Wilson goes up for a layup as Clarkdale's Zach Rutledge (33) gets a hand on the ball during their game Tuesday, Nov. 30, 2021, at RCA.

Parr Kasper had a game-high 19 points for Clarkdale, and nine total Bulldogs got in the scoring column as Clarkdale beat Russell Christian Academy 59-30 in Tuesday evening prep basketball action at RCA.

Gavin Reynolds scored seven points for Clarkdale, which led 39-8 at the half. Zach Rutledge and Lance Rawson both tallied six points for the Bulldogs.

“I thought we played really well,” Clarkdale boys basketball coach Drew Watson said. “We haven’t had (the football players) back but for three or four games now, so we’re still finding our rhythm, and I thought in the first half that, that was the best we’ve looked so far this season.”

Cade Hopkins finished with five points for Clarkdale, and Luke Freeman and TJ Goodwin each had four points, while LaDonya Adams and Eli Williams each finished with three. Watson said he was glad to be able to play so many players, and getting them in a varsity game provided good experience as he tries to develop them for bigger roles next season.

“It’s fun for everybody else, too,” Watson said. “They need those reps badly because next year and the year after, that’s who we’ll be leaning on, so them getting the reps will pay off for us.”

For RCA, Johnny Wilson finished with 12 points, while Kamron Darden had seven points.

Kamari Patrick scored 14 points for the Lady Bulldogs as they completed the sweep of RCA Tuesday.

Berta Soules added 11 points for Clarkdale, which led 37-3 at intermission, and Emaleigh Dunn finished with eight points for the Lady Bulldogs.

“It was finally a team effort,” Clarkdale girls basketball coach Cindy Kasper said. “We played some good defense and finally got in there and got some rebounds — we’ve been struggling with rebounds for the last three or four games. I got to play all my girls, finally, and everyone got in for a varsity game, even my young girls, so that was good.”

Jabez Blaylock added 12 points for the Trojans, and Davion Franklin finished with 11 points. Kemper County was led by LeBron Johnson, who scored 13 points.

“I thought we got off to a good start we were able to put some pressure on Kemper early, which was able to lead to some layups,” Northeast Lauderdale head coach Lewis Lightsey said. “Going into the half it was only a four-point game, so our main adjustment was to get the ball inside to either get layups or get to the free throw line, and I think our size kind of took over in the second half. We were able to be successful in the paint.”

“We started very slow, almost like we were sluggish from the break,” Lightsey said. “We hadn’t played in 12 or 13 days, so it was a long break. We were down big at the half, and our girls really turned on the pressure and played with great energy in the second half. Were down 20 at one point and cut it to six but just ran out of time. Trinity had a really good game and had I think 18 of her 20 in the second half.”