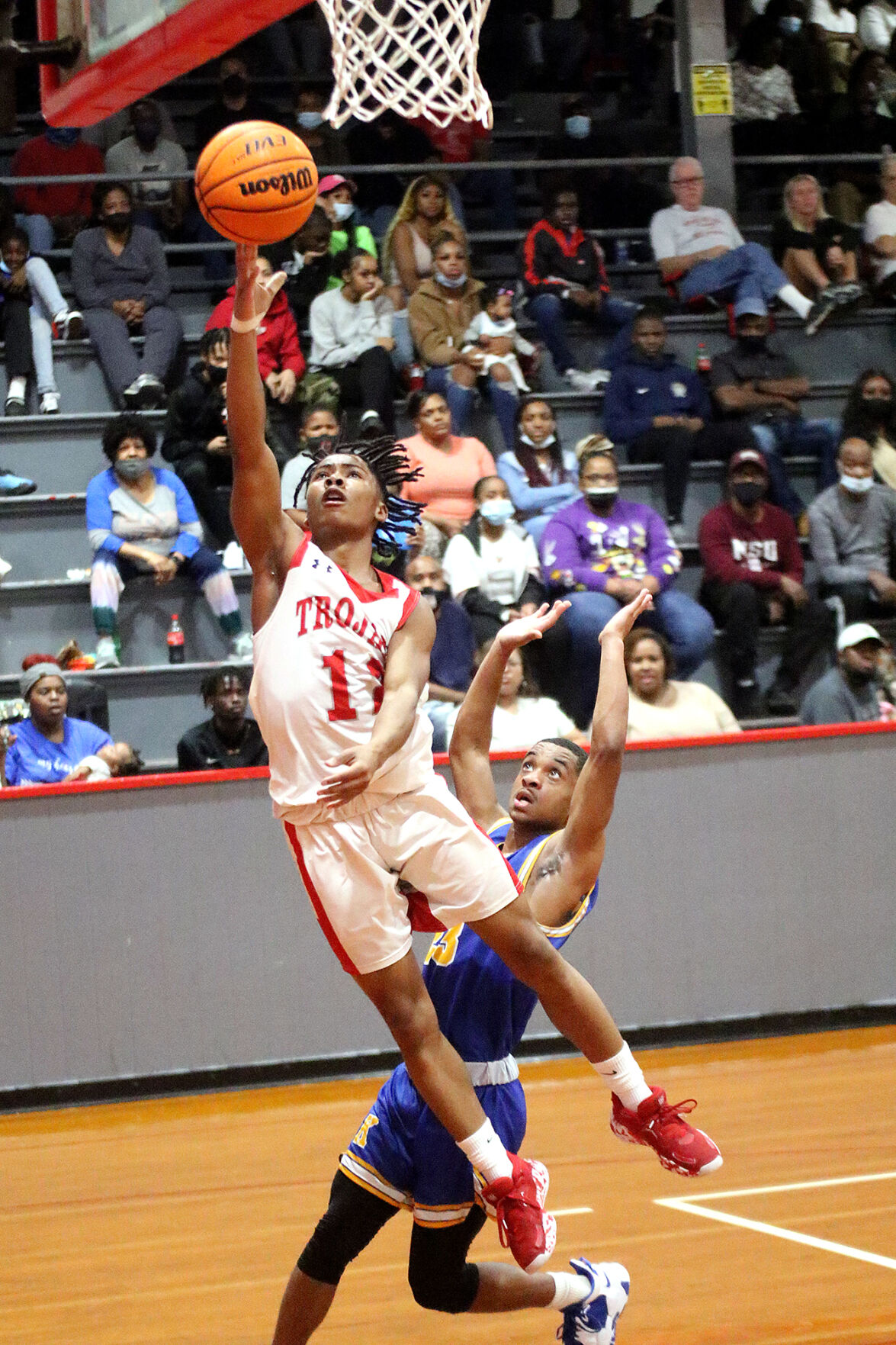 Northeast Lauderdale’s Omarion McCann goes up for a layup during the Trojans’ home game against Kemper County Tuesday, Dec. 28, 2021, in the Sam Dale Tournament. 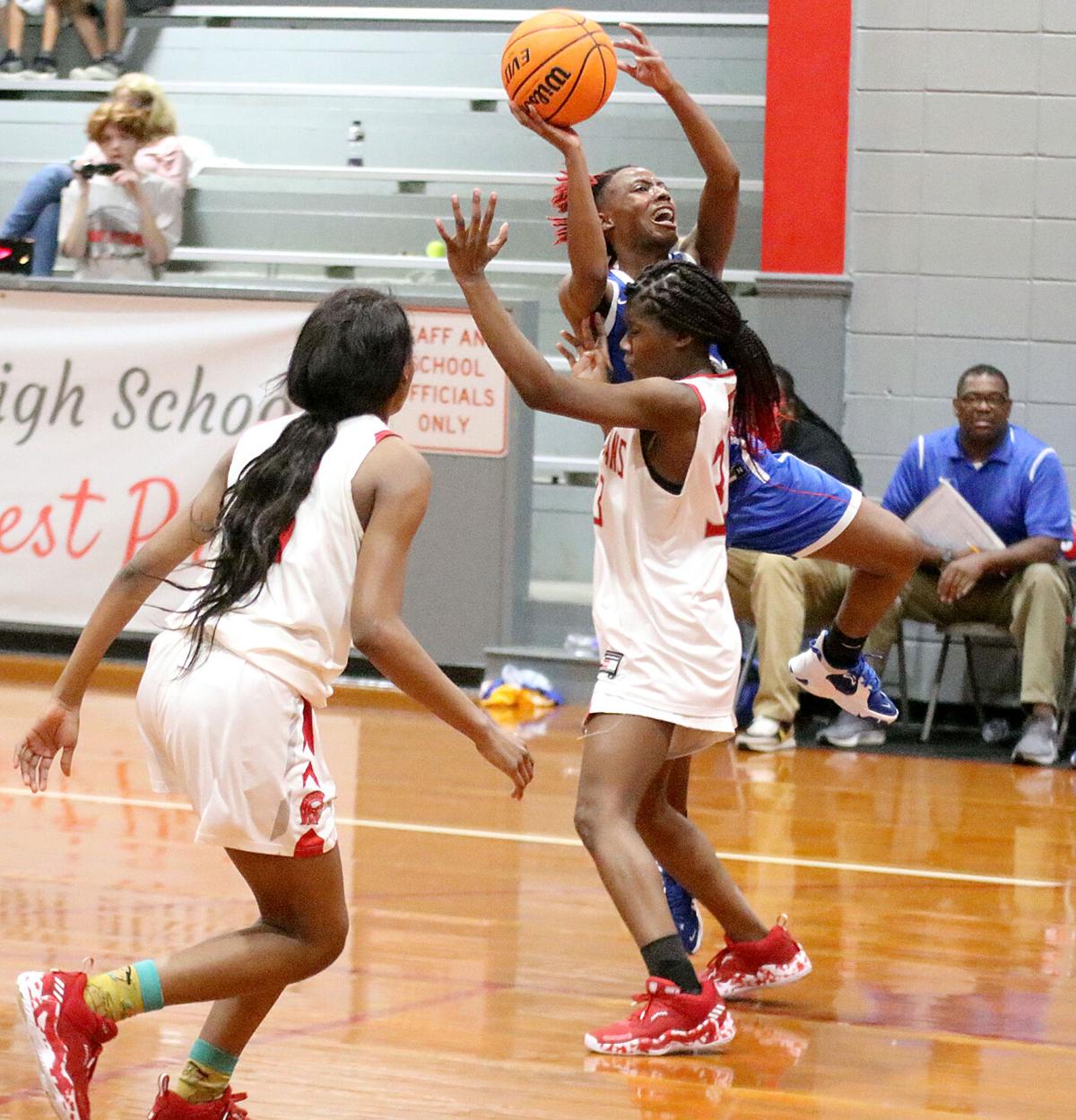 “I thought we got off to a good start,” Trojans head coach Lewis Lightsey said. “Amari McDonald came back and hit a 3 on the first possession, and I thought we played well early defensively. We were a little lax in the middle of the game but had a good push in the third quarter to open it up.”

Jabez Blaylock finished with seven points, including a monster dunk in the second half that blew the game open, Lightsey said.

For Kemper County, LeBron Johnson had 17 points, and Aidan Burrage finished with 10 points.

Rodeza Smith had 14 points for Kemper County — all in the second half — as the Lady Wildcats defeated Northeast Lauderdale in the first evening of the Sam Dale Tournament.

“We started out a little sluggish at the beginning of the game,” Kemper County girls basketball coach Ronnie Slaughter said. “I thought we made a bunch of simple mistakes like missing layups and not boxing out — just basic fundamentals. In the second half I thought we came out and played better defense and actually made shots.”

Kemper County only led 23-14 at the half, and Slaughter suspected a light holiday schedule was responsible for the slow start.

“We’ve been off for probably about a week, and it showed tonight, so I hope this got some of the rust off,” Slaughter said.

For Northeast Lauderdale, Braylen Tingle had a game-high 22 points.

The Lamar girls won their first straight game Tuesday as they edged Florence in the Puckett Classic.

The Lady Raiders improved to 13-7.