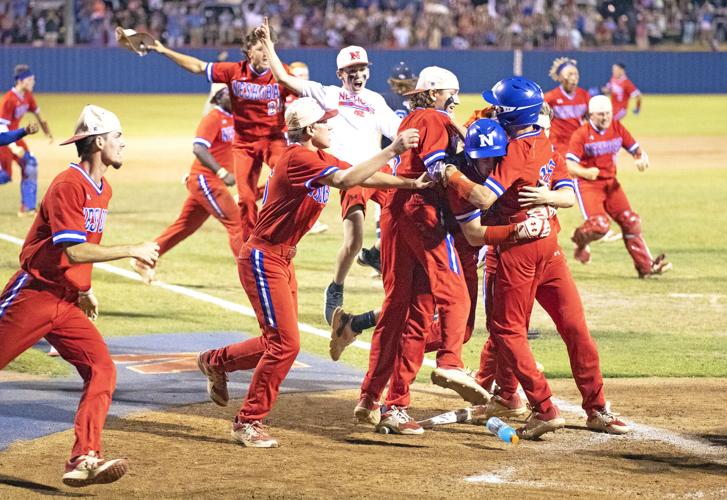 Members of the Neshoba Central baseball team celebrate after beating Saltillo 3-2 Monday, May 16, 2022, in Game 3 of the MHSAA Class 5A state semifinal series in Philadelphia. The win earned the Rockets a Class 5A state title series berth. 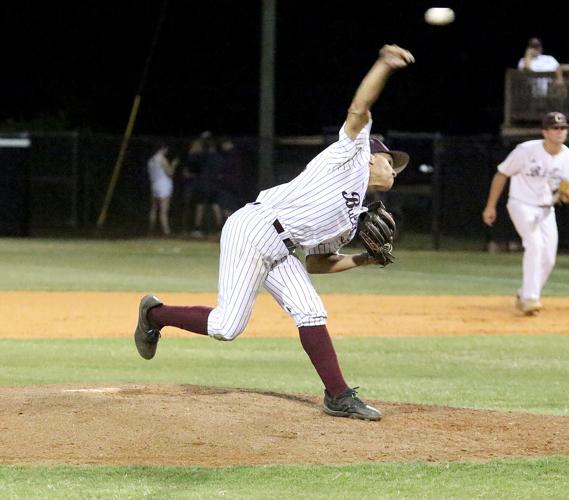 Clarkdale's T.J. Gordon pitches in relief for the Bulldogs against Seminary in Game 3 of the MHSAA Class 3A state semifinal round Monday, May 16, 2022, at Clarkdale.

A suicide squeeze by Neshoba Central’s Rhett Stovall in the bottom of the seventh scored Will Williams from third, and the Rockets walked off against Saltillo 3-2 in the decisive Game 3 of the MHSAA Class 5A state semifinal series Monday in Philadelphia.

The two teams were tied 2-2 going into the bottom of the seventh before Stovall came to the plate as a pinch hitter and laid down a bunt that allowed Williams to make it home and send the Rockets to the MHSAA Class 5A state title series.

Reid Hall and RB Hardin both finished 2-for-3 for Neshoba Central, and Pepper Agent drove in a run for the Rockets. Will Garner got the start for Neshoba Central, pitching 5 2/3 innings and giving up two runs on six hits while striking out five. Azaynlon Hickman pitched 1/3 of an inning and got a strikeout, and Hall pitched a scoreless top of the seventh with two strikeouts.

Neshoba Central (29-5) will face the winner of Vancleave and East Central’s Game 3, which takes place Tuesday night, in the Class 5A state championship round. Game 1 is scheduled for 7 p.m. Tuesday, May 24, at Trustmark Park in Pearl. Game 2 is scheduled for Thursday, May 26, at Trustmark. Game 3, if necessary, will be played Saturday, May 28.

An eight-run top of the sixth inning for Seminary was the difference as Clarkdale dropped the decisive Game 3 of the MHSAA Class 3A state semifinal round Monday at Clarkdale.

The home Bulldogs led 3-0 going into the sixth, but a pair of home runs by Seminary in the sixth helped it build an 8-3 cushion, and the visiting Bulldogs answered Clarkdale’s two-run bottom of the sixth by scoring an addition run in the seventh inning.

Starter Walker Swearingen suffered the loss on the mound, pitching 5 2/3 innings and giving up seven runs — none earned — on seven hits while striking out seven. Houston Wedgeworth relieved Swearingen and gave up a solo home run, then freshman T.J. Gordon pitched the final 1 1/3 innings, surrendering one run on one hit while striking out four.

Cal Culpepper finished 2-for-4 with a double and two runs scored for the home Bulldogs, and Parker Webb doubled and drove in a run. Gordon went 3-for-4 at the plate with an RBI, and Wedgeworth also drove in a run. Swearingen was 2-for-4.