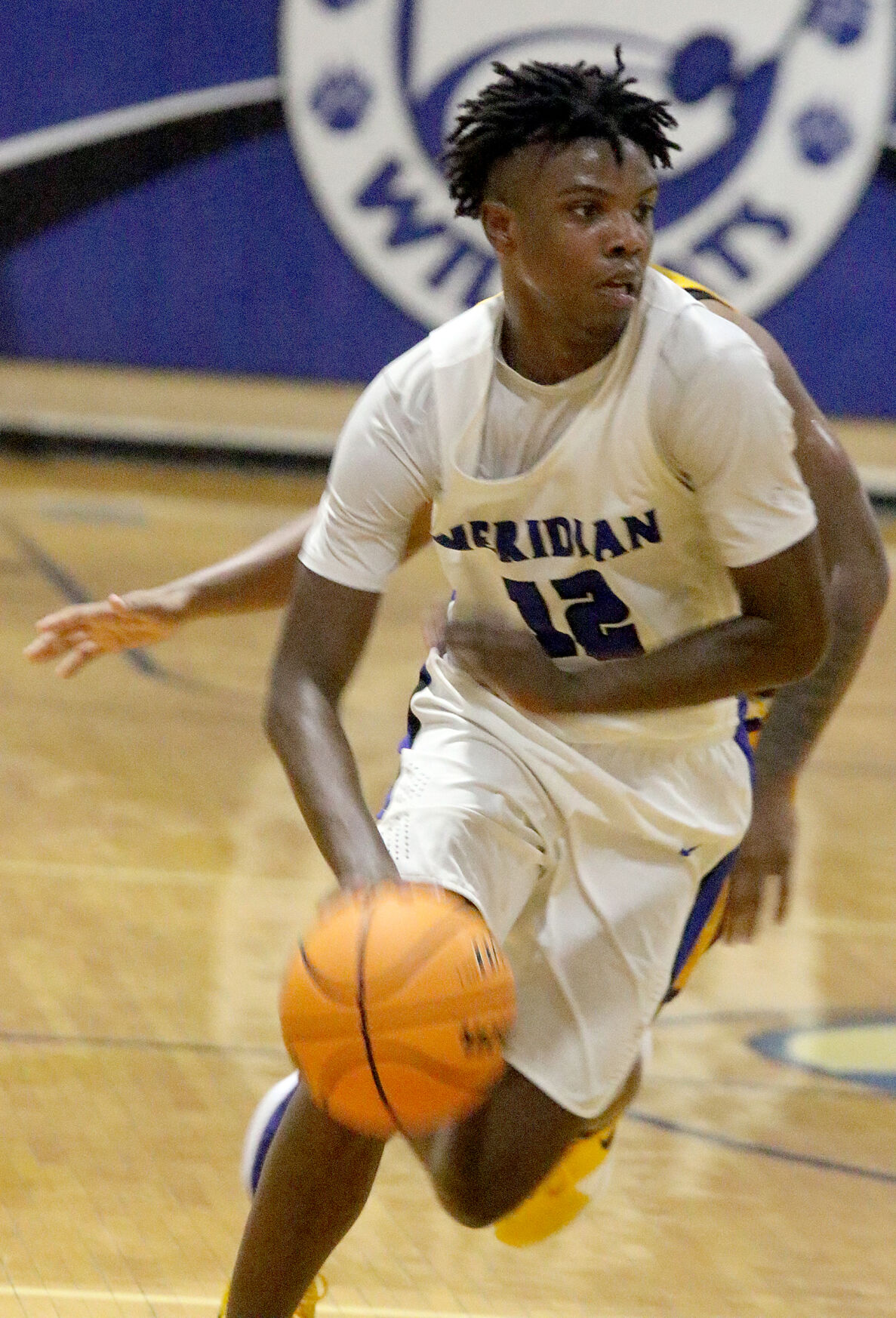 Meridian High School’s Demarcus Powe dribbles down the court during a Wildcats home game against Hattiesburg in November 2020. 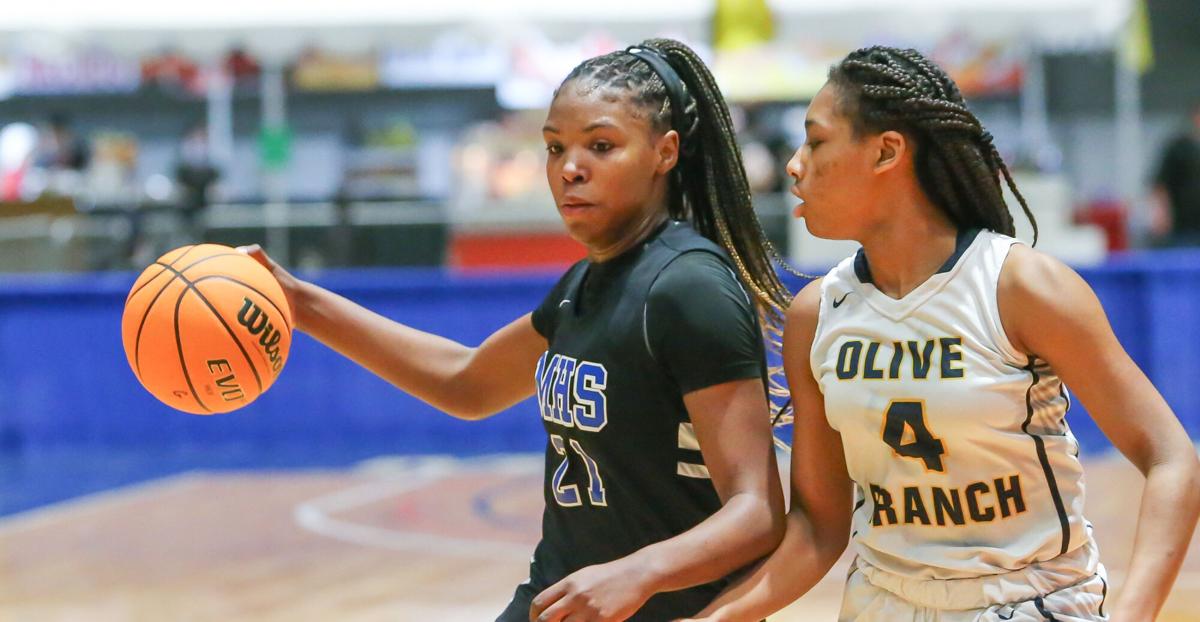 Meridian's Debreasha Powe (21) drives to the basket as Olive Branch's Brynea Eason (4) defends during their Class 6A basketball semifinal basketball game on Wednesday, March 3, 2020, at the Mississippi Coliseum.

Meridian High School’s Demarcus Powe dribbles down the court during a Wildcats home game against Hattiesburg in November 2020.

Meridian's Debreasha Powe (21) drives to the basket as Olive Branch's Brynea Eason (4) defends during their Class 6A basketball semifinal basketball game on Wednesday, March 3, 2020, at the Mississippi Coliseum.

Expectations are always high for Meridian basketball, and this year is no different.

Both the Wildcats and Lady Wildcats have state title aspirations again this winter, and both boys head coach Ron Norman and girls head coach Deneshia Faulkner said they like the way their rosters are shaping up as the team gets ready for its first game against Columbus Oct. 30 at Newton High School.

Norman said one thing that’s stood out about this year’s team is its collective shooting ability, which he said is much better than it was by the end of last season.

“We shoot the ball a lot better than we have in the past,” Norman said. “I’m really excited about this group because they’ve put in their time in the gym shooting the ball.”

“All of them have gotten better,” Powe said. “Honestly, our shooting has gotten better, and that’s going to help us throughout the season to get us to our goal, which is a state championship.”

Teamwork and chemistry are also key characteristics for this year’s squad, and Norman said the players all get along well.

“This is a really close unit — grades 10-12, they’re all close, and they all love to practice and play for one another,” Norman said. “There aren’t any selfish kids on this team, and that makes for a really good team.”

Said Powe, “We’re like a family. All of us are brothers.”

That camaraderie, along with an us-against-the-world mentality, are big reasons why Powe is confident about this year’s Wildcats making a deep playoff run.

“We’re playing with a chip on our shoulders,” Powe said. “We won’t back down to any team in the state.”

The Meridian girls basketball team added several transfers to this year’s squad and only graduated one senior from last year’s group in Arianna Patton, who now plays for Jones College.

“We have about four players who some would consider dominant,” Faulkner said of a group that includes Mississippi State commit Debreasha Powe. “It will be interesting to see them come together. We have to make sure everyone is selfless and stays healthy, but for the most part we haven’t had any of those kinds of issues.”

Debresha Powe said the girls have developed good chemistry, which allows them to be laid back around one another.

The Lady Wildcats aren’t lacking in skill, and Faulkner called this year’s squad a special group with a good mix of veteran players and younger standouts.

“We have a lot of experience on this team, but we also have a lot of newbies, too,” Faulkner said. “The thing is, we’re Meridian, so we’re going to work hard and go hard, and nothing has been different as far as that goes.”

Said Debresha Powe, “I know we’ll be able to attack the basket well, and our shooting will be good. We’re more diverse, and I think we’ll be better inside this year.”

Losing a key player like Patton is tough, but Faulkner said the roster is flexible enough to fill that void.

“I think everyone has gotten better,” Faulkner said. “We did get some transfers who have been pretty good fillers, so I think we’ll be fine. We’ll make up for (Patton’s production) in other areas.”

The goal is a state championship, and after making the MHSAA Class 6A Final Four the past two seasons, Debresha Powe said the team is ready to take the next step.

“We want it badly,” Debresha Powe said. “We want to get over that hump. I think this year will be the year. It’s why we come here and work hard every day.”