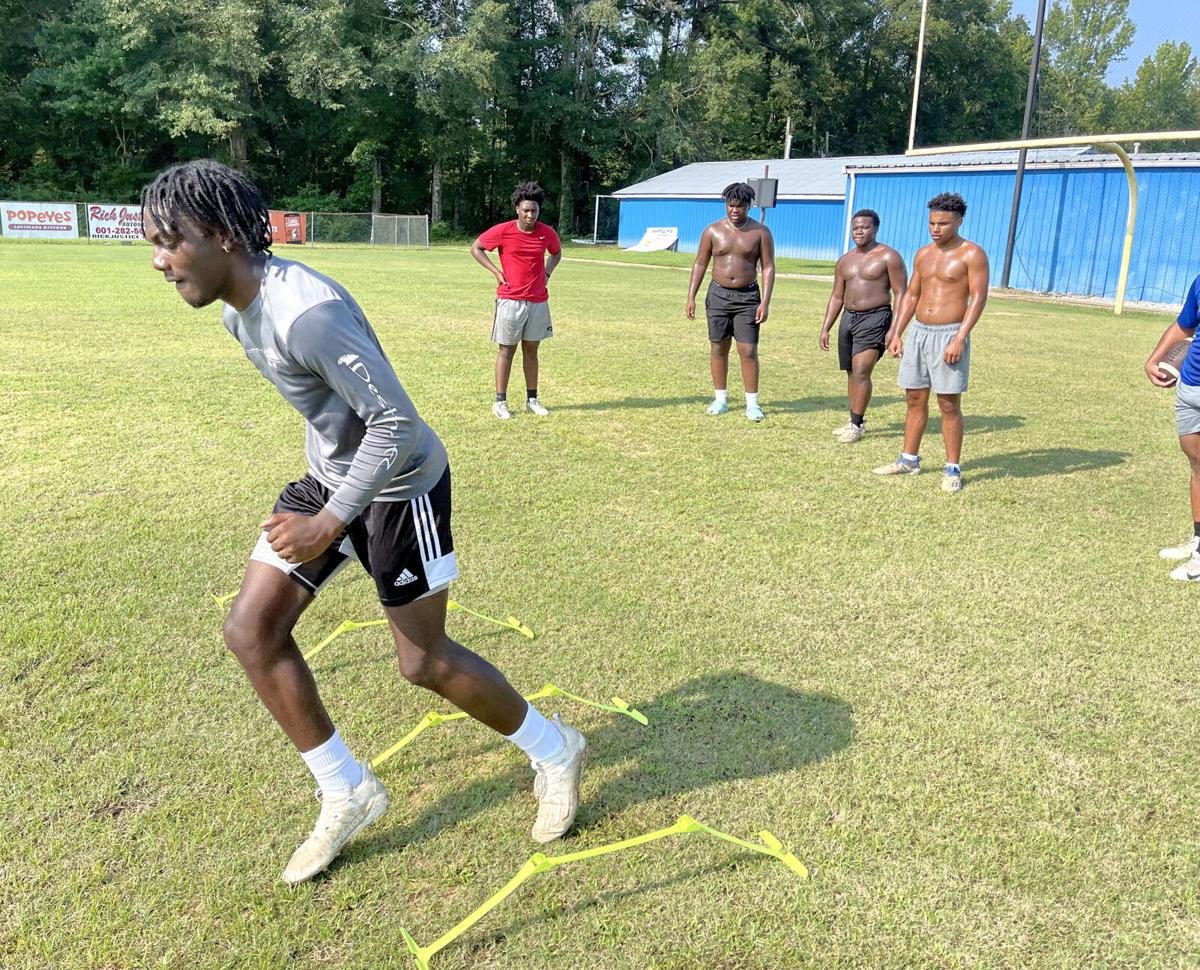 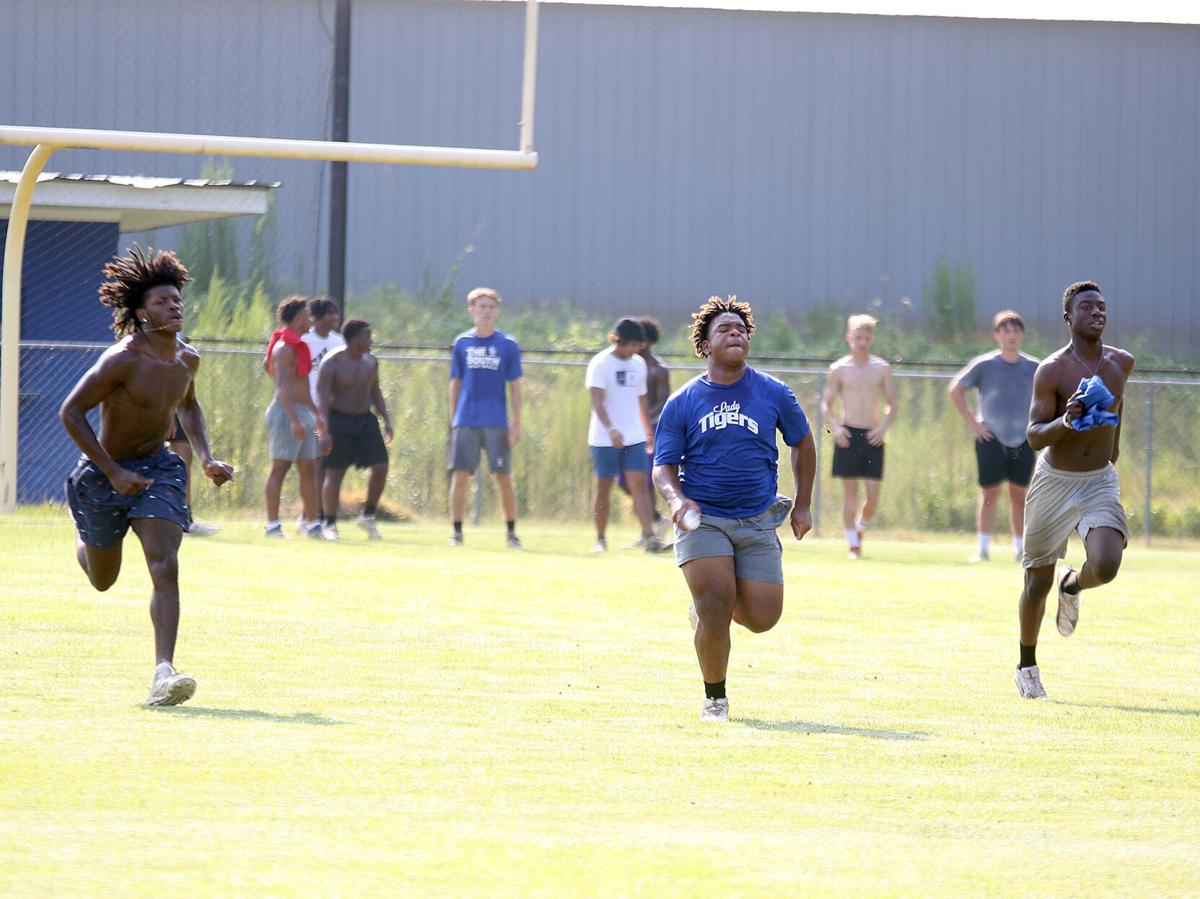 Kwamaar O’Neal admits neither he nor most of the other Southeast Lauderdale players wanted to be at spring practice.

The team was still dealing with heavy hearts following the tragic death of former Tigers head coach Calvin Hampton last October, and new head coach Wade Pierce wasn’t able to be on campus every day this past spring due to finishing his contract at his previous school, Hamilton.

“In the spring everybody was just here, but we were just going through the motions,” O’Neal said.

Pierce, who was hired in late March as the school’s new football coach, wasn’t oblivious to the immediate challenges in the spring. Now, as summer workouts are entering their final stretch ahead of fall camp, Pierce said things have been going much more smoothly, but everyone had to get used to one another, and that wasn’t easy at first.

“Whenever I took the job I knew it wouldn’t be an easy job to take knowing how well Coach Hampton was loved at Southeast Lauderdale,” Pierce said. “You could sense it with the kids. There was a learning experience not only with myself but with some of the other coaches we brought in and getting to know us and our discipline and our plays.

“Spring was difficult. I was going back and forth between Hamilton and coming down here. It was difficult, and the kids could sense the coaches were having a difficult time, too. I think as the spring finished and summer started the kids started buying into what we were trying to do.”

It wasn’t just the players having to learn to trust the coaches, either. O’Neal said they also had to learn to lean on one another.

“It started off a little rough, but we’ve been making progress,” O’Neal said. “The team is becoming closer, and we’re starting to trust each other more. We knew we had to do that because if we didn’t, it wouldn’t work.”

Pierce’s message to the players when he first arrived was simple, O’Neal said.

“He told us to have faith and trust, and he wasn’t trying to replace Coach Hamp because no one can replace him,” O’Neal recalled. “He promised we’d have success if we trusted each other and put in the work.”

Several months into the summer, O’Neal said he’s pleased with the progress he’s seen from himself and his teammates.

“Now it’s a whole lot better,” O’Neal said. “More people actually want to be here, and they see the work we’re putting in. In the spring, no one wanted to be here, we were forced to be here, but now, everyone is enjoying it.”

And Pierce has no complaints about the work ethic from the players.

“It’s like every summer: Sometimes you have really good attendance, and some days it’s not as good,” Pierce said. “We’ve been averaging 25 to 30 kids, and the ones who have been coming have been working really hard. I’m very pleased with the effort. They’ve been absolutely working their tails off, and that’s all you can ask for. I think summer has gone well so far.”

Looking ahead to the fall, Pierce said he would define a successful season as one in which the Tigers showed progress each week.

“I talked to the kids about what they would consider a successful season, and they talked about winning a playoff game,” Pierce said. “They’ve gone to the playoffs before but haven’t gotten over the hump of winning a playoff game. That’s a great goal, but I know I’m a new coach bringing in a new system, and we’ll be a really young team. We only have seven or eight seniors, which is really small for a 3A program. I think successful would be each and every week getting better, from Day 1 and Week 2 all the way to Weeks 10 and 11.”