Last week, the Civil Rights Division of the Department of Justice announced that it has opened an investigation into Mississippi’s prisons. It seems almost certain that the DOJ will conclude what many of us in the legislature — on both sides of the aisle — have known for years: Our prisons are overcrowded, understaffed, and unsafe for inmates and officers alike. We must take immediate action to safely reduce our prison population.

The Mississippi Correctional Safety and Rehabilitation Act of 2020, also known as Senate Bill 2123, proposes long overdue reforms to our criminal justice system that will safely reduce the prison population over the short and long term. These reforms will give thousands of inmates a powerful new incentive to follow prison rules, participate in educational and rehabilitative programs, and make stable plans for their release. And these reforms will ensure that the vast majority of inmates will be supervised by a parole officer when they transition back into society. In short, these reforms will make our prisons and our communities safer.

The centerpiece of SB 2123’s reforms is not a new idea about how to run a criminal justice system. Instead, it involves rolling back ill-advised amendments to our parole statute that rendered thousands of prisoners ineligible for parole. Prior to the 1990s, almost all Mississippi prisoners were eligible for parole after serving 25% of their sentences, or 10 years for sentences of 30 years to life. In the 1990s, however, the legislature enacted amendments that eliminated parole eligibility for inmates convicted of numerous kinds of crimes. This contributed to a rapid increase in our prison population. The number of inmates in our prisons rose from 8,893 in 1992, to 13,263 in 1996, to 19,923 in 2002. 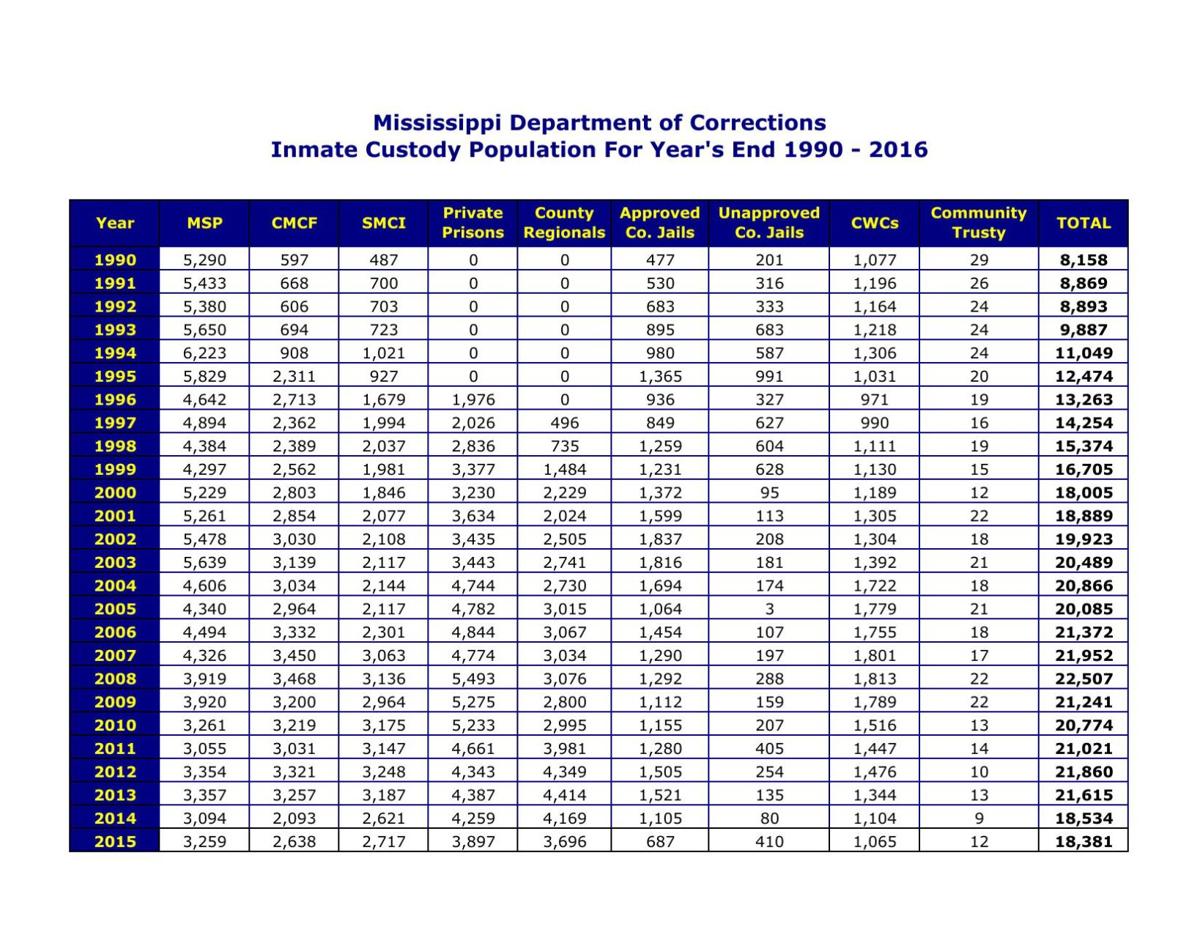 The number of prisoners currently affected by the amendments to the parole statute was surprising even to me. According to the Department of Corrections, an astonishing 14,044 of the approximately 19,000 inmates in our prisons are serving at least one sentence that is not eligible for parole. Unlike parole-eligible inmates — who can earn release on parole through good behavior and reform — these 14,000 inmates have less incentive to follow rules and participate in educational and rehabilitative programs. They also receive no guidance from the parole board during their incarceration, and no supervision by parole officers when they are released.

SB 2123 does not guarantee early release to anyone. To the contrary, the bill ensures that no person convicted of a serious crime will be released unless the parole board agrees — after reviewing the inmate’s crime, conduct in prison, participation in educational and rehabilitative programs, and plans for housing and employment — that he or she is willing and able to be a productive and law-abiding citizen. SB 2123 also helps the parole board to make the right decision by, among other things, expressly authorizing the board to order a prisoner to undergo a psychiatric or psychological examination prior to a parole hearing. And perhaps most important, SB 2123 protects the rights and interests of crime victims by guaranteeing them an opportunity to be heard by the board before it makes any decision regarding the release of a prisoner.

We must reduce our prison population. SB 2123 offers the safest and most effective way to do it.