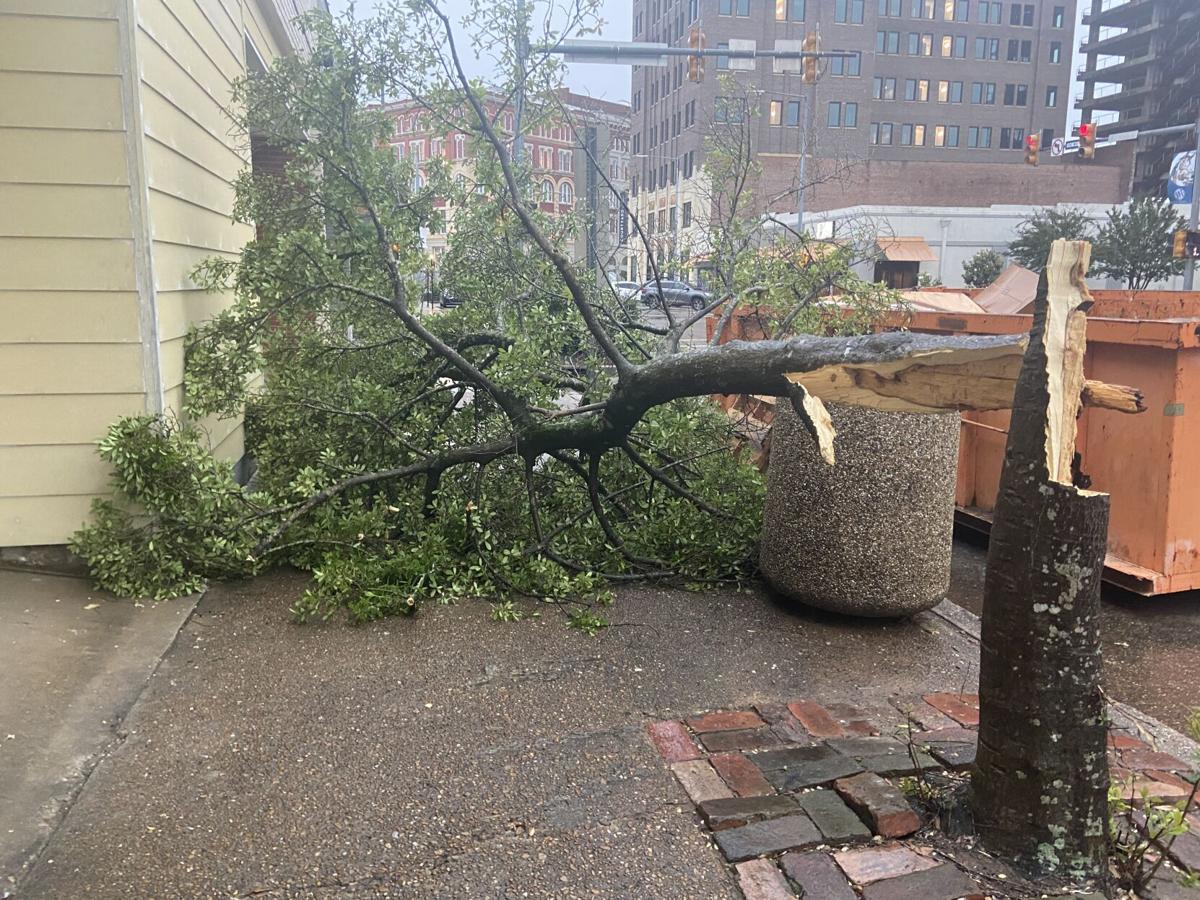 A storm knocked down a tree on 22nd Ave. in Meridian Tuesday. 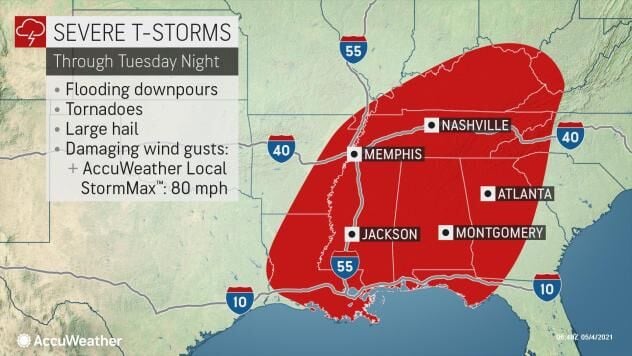 The National Weather Service had issued a tornado watch until 4 p.m. for 31 Mississippi counties, including Clarke, Jasper, Kemper, Lauderdale, Neshoba and Newton.

AccuWeather forecasters warn a wave of severe weather is expected to strike storm-weary areas of the United States. The threat zone will cover an area of more than 1,000 miles from the lower Mississippi Valley and Southeast to the upper Ohio Valley into Tuesday night , and storms in these areas will be capable of producing more tornadoes.

There is an enhanced risk for severe thunderstorms across the Southeast Tuesday, according to the National Weather Service's Storm Prediction Center. About 9.7 million people live in this enhanced zone.

The population total increases to more than 18 million when accounting for a broader part of the region currently facing a slight risk for severe thunderstorms.

QUITMAN [ndash] Arrangements are currently incomplete at Berry and Gardner Funeral Home for Mr. Chester Andrews, 74, of Elwood Community, who died Saturday, June 12, 2021, at his residence.

Services for Mr. Jerry Hood will be held Tuesday, June 15, at 1 p.m., at James F. Webb Funeral Home, with visitation one hour prior to services. Burial will follow at Hickory Grove Cemetery.

Services for Bonita Deweese will be held on Monday, June 14, 2021, at 15th Avenue Baptist Church, at 10:30 am. Visitation will be Sunday, 4-6 p.m., at Webb Funeral Home. View the obituary at www.jamesfwebb.com.