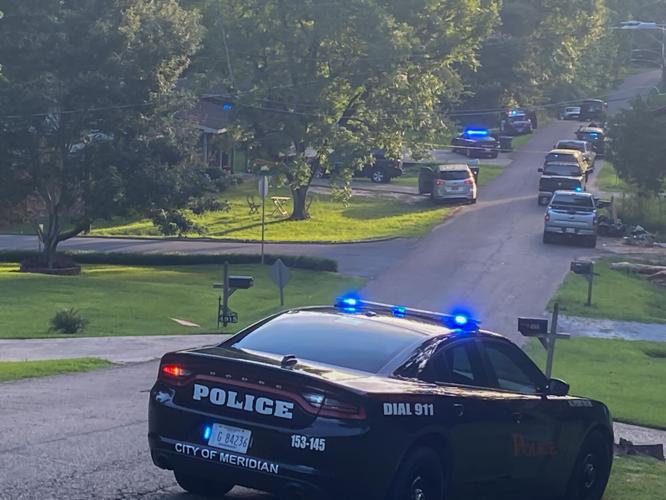 Police survey the scene on 51st. Avenue after a Meridian police officer was shot and killed during a domestic violence call Thursday evening.  A woman also died in the shooting, police said. 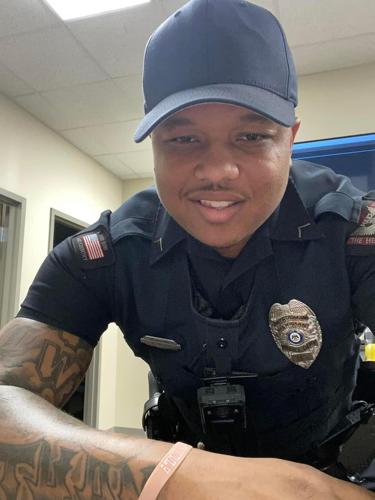 UPDATE: Authorities have arrested a suspect in a Thursday shooting that left a Meridian police officer dead.

"He is in custody," the Mississippi Bureau of Investigation tweeted Friday at about 10:45 a.m.

The suspect, 31-year-old Dante Bender,  was picked up by authorities in Ackerman, police said.

The Blue Alert issued for Dante Marquez Bender has been canceled. He is in custody. Any inquiries should be directed to the Meridian Police Department. https://t.co/i17Wa0sBnd

Lauderdale County Coroner Clayton Cobler said the officer was shot and killed during a domestic violence call around 5:30 p.m. on 51st. Avenue. A woman also died in the shooting, he said. The officer was identified as Kennis Croom, who grew up in Tuscaloosa.

“Our thoughts are with the Croom family and the men and women of the Meridian Police Department tonight, and in the upcoming days, weeks and months as they struggle to heal from this tragedy,”  the Tuscaloosa Police Department posted on Facebook. “Officer Croom served his community with bravery and selflessness. His sacrifice will not be forgotten.”

“To the family of Officer Croom, I am praying for your strength during this time of immense sorrow. I know there are no words that can ease your path I will pray daily that you find solace in his memo, he will truly be missed, he is a hero forever. I also want to extend condolences to the young woman who had her life taken away from her in this senseless act of violence.

I also pray that the individual responsible for this heinous act be brought to justice immediately. This is a harsh reminder of the daily dangers law enforcement officers face while trying to serve their community.”

Croom was the brother of Tamara Croom, the deputy director of the Tuscaloosa County EMA.

“Please join us in lifting the Croom family in prayer and thought” the agency posted. “In lieu of flowers, the Croom Family asks that donations be made in Kennis’ honor to the Croom Family Foundation, which strives to change the lives of youth, teens, and college students through its programs.  https://www.thecroomfoundation.com/donate.”

This is a developing story. Please check back for updates.