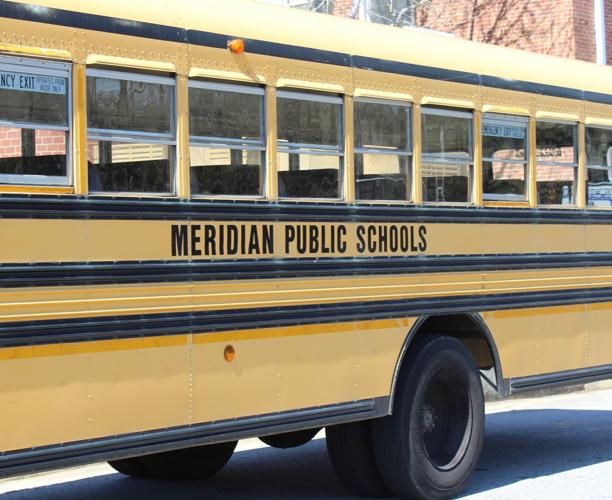 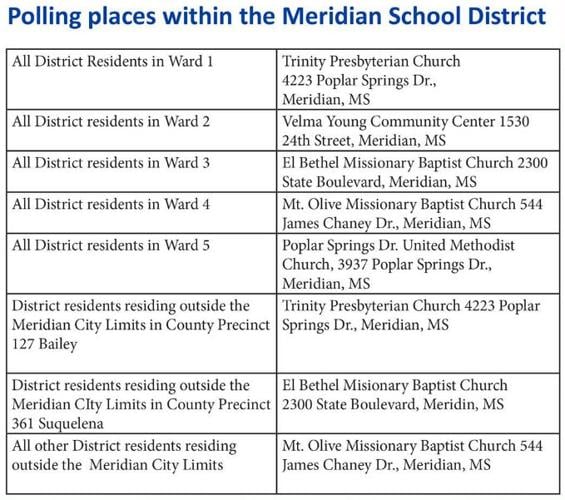 Registered voters who live in the Meridian Public School District will head to the polls Tuesday to vote on a $34 million bond issue to finance school improvements throughout the district.

A 60 percent approval by voters is required for the bond to pass. Polls will be open from 7 a.m. to 7 p.m.

The bond, which would not result in a tax increase, would fund improvements to academic facilities, safety upgrades, and the construction of a baseball/softball complex at the high school. According to MPSD Superintendent Amy Carter, the capital improvement project is needed because the average building in the district is 64 years old.

“Our campuses were built in the 60s, and upgrades to our facilities are long overdue,” Carter said. “Some of our schools are open to someone just stumbling from any particular part of campus before we even know where they're going, so this bond will allow us to have secure entrances.”

Carter said the bond would cover:

- Additions and renovations to all schools, including improvements for safety and security.

“When a parent drops off their child, we want them to know that they will be okay. We also want to ensure that our teachers feel the same because they want to be in an environment where they feel safe, where facilities are upgraded,” Carter said.

– Additions and renovations to Meridian High School, specifically the fine arts program and the Ross Collins building, as necessary.

“When a student comes in with a talent that is more around the role of drama arts, painting, or music, we want them to feel connected to something that pulls out that potential talent,” Carter said.

“This complex won’t just benefit our district, but it will also benefit our community,” Carter said. “For us, we’ve had to stretch our security resources from either Northeast Park or Q.V Sykes. Not to mention the parents who struggle with getting to those other areas...we also provide transportation for our children but imagine how many more would participate in extracurricular activities if they were on the campus.”

If the bond issue passes, minor projects could begin immediately and be done within a year, Carter said. Larger projects, such as the ballfields, could be finished by the end of 2024.

If the bond issue fails, the district will postpone major projects and continue to use operating funds to address immediate problems. The issue could also be brought before voters again next spring, she said.

City hall will also be open for absentee voting from 8 a.m. until noon on Saturday, Aug. 6.