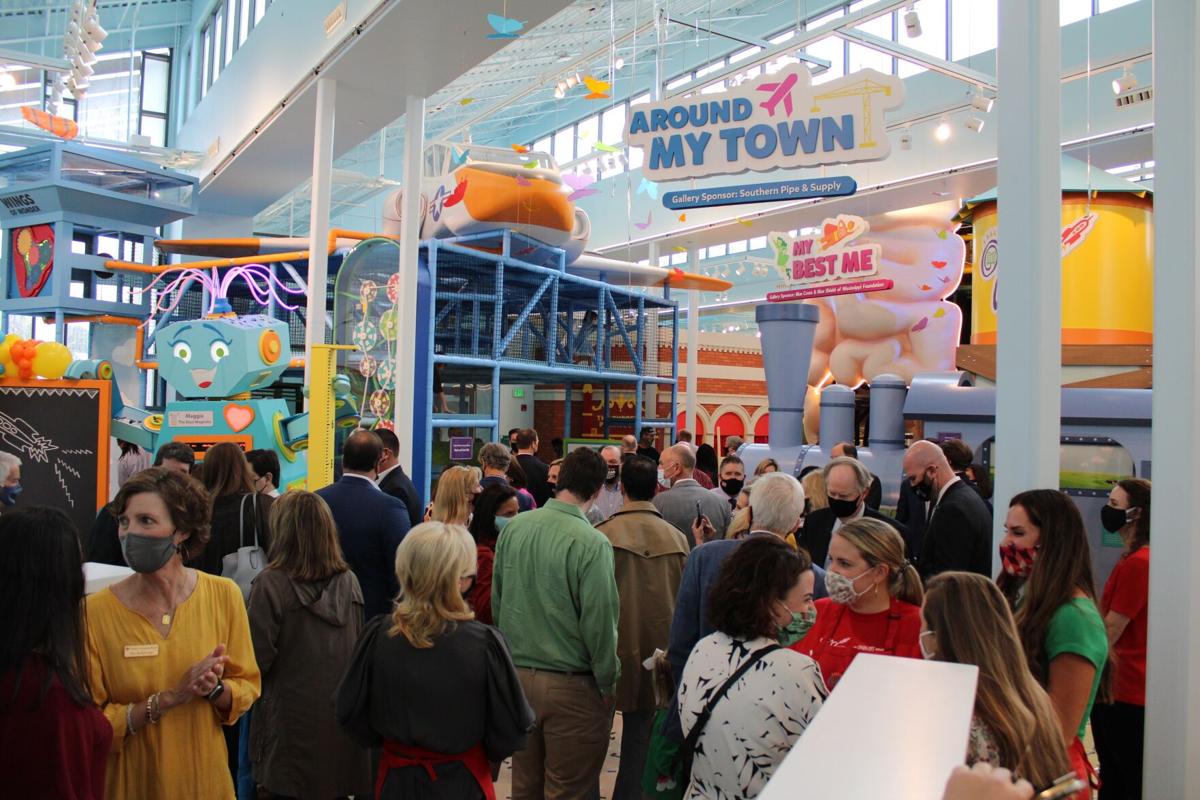 A crowd fills the Mississippi Children’s Museum -Meridian during the museum’s ribbon cutting on   Thursday. 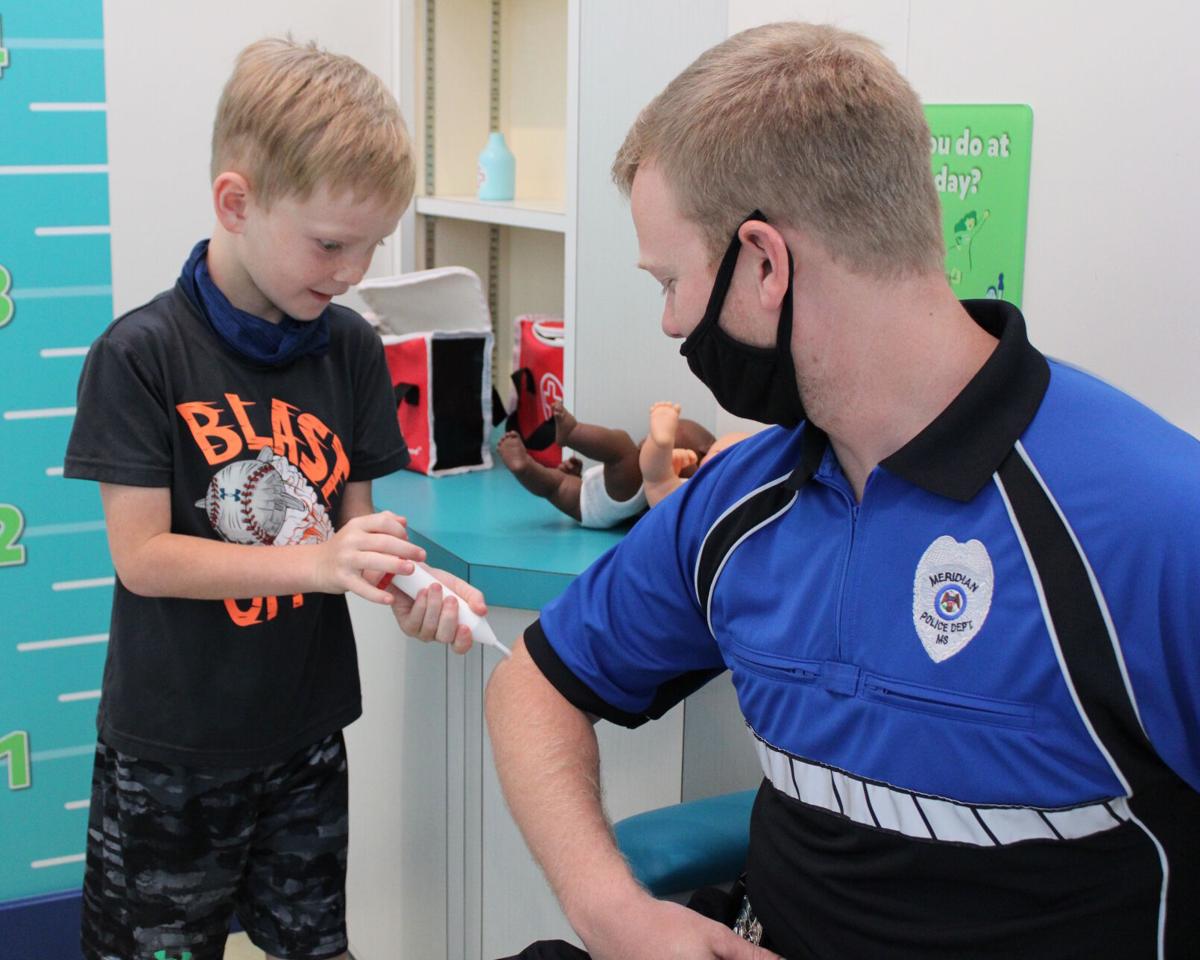 Preston McNeece, 7, plays with his father, Meridian Police Officer Bradley McNeece, during the ribbon cutting for the Mississippi Children’s Museum Meridian in on Thursday.

Children played in brightly colored exhibits, while adults chatted enthusiastically. Music from a country band played in the background.

This was the scene Thursday at the ribbon-cutting for the new Mississippi Children’s Museum-Meridian.

In a ceremony, museum leaders and local officials acknowledged how the museum will benefit Meridian and thanked those who have funded the new attraction.

“When we started this, we had big dreams,” she said. “And I think we had no idea that this was actually going to be a reality. It has far exceeded those dreams.”

After her speech, Wilson cut a large scarlet-colored ribbon to recognize the museum’s opening, and the crowd cheered and clapped.

The museum was the idea of three mothers: Wilson, Kimberly Denison and Kim Bowers. In 2015, they sought the Mississippi Children’s Museum in Jackson’s advice about starting a children’s museum in Meridian. The Jackson museum challenged the three women to raise $25,000 in seed money. They ended up doubling that amount in less than a month, according to MCM-Meridian’s website.

A feasibility study was then conducted, which showed overwhelming support for a children’s museum in Meridian. In 2016, the Mississippi Children’s Museum’s board of directors voted unanimously to move ahead with the project.

Construction on the museum began in fall 2019.

The attraction features numerous indoor exhibits, such as a theater that resembles the Riley Center and a water table that is modeled after Dunn’s Falls and the Chunky River. The museum also has a 25,000 square foot outdoor exhibit experience.

Speakers and attendees share their thoughts on the museum

Susan Garrard, president of the Mississippi Children’s Museum in Jackson, was among those who spoke at the ceremony on Thursday. She said the museum and its exhibits were inspired by Meridian’s history, including its ties to country music and transportation.

Daniel Ward visited the museum with his family on Thursday. His children liked numerous exhibits, including the Red Hot Cafe and a train exhibit that plays Jimmie Rodgers music.

One of his daughters has special needs.

“She still gets to interact and play with all the exhibits,” Ward said.

He added that the museum is “a special thing to have in Meridian for all children.”

Kendarius Young, a contractor who did electrical work on the museum, attended the ribbon cutting with his daughter. He said the museum will likely appeal to children who don't know what they want to do when they grow up.

“For them to have this experience of the different fields that’s out there in the world — it’s a wonderful thing,” he said.