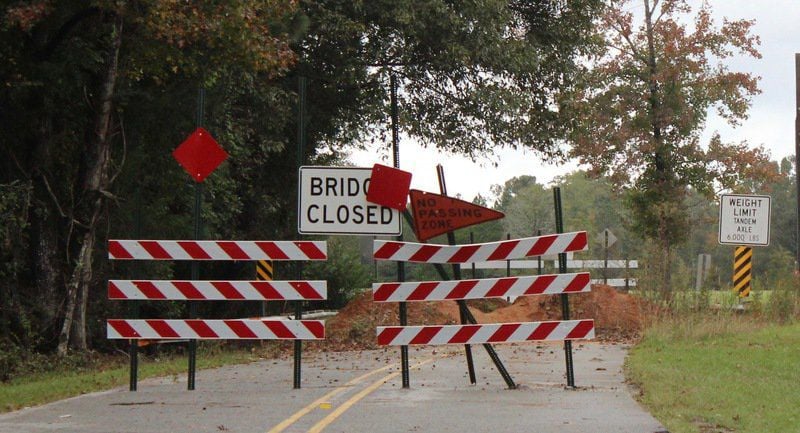 This Vimville-Causeyville Road bridge has been closed for nearly a year and Lauderdale County supervisors discussed foregoing state aid and shouldering the costs to fix it Thursday in order to reopen it sometime next year. 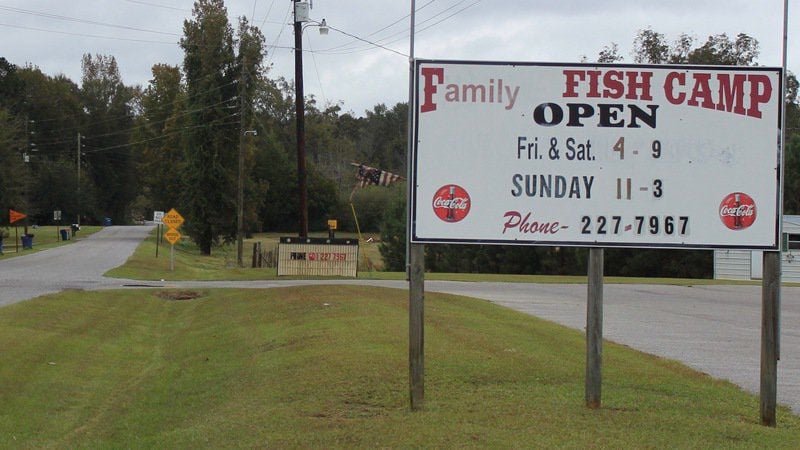 At the Family Fish Camp, on Vimville-Causeyville Road, Sandra Davidson Gray said that a closed bridge north of her business has cut into profits for her business.

In May of 2019, Sandra Davidson Gray will have kept Family Fish Camp open for a decade, marking years of dedication to the small family restaurant on Vimville-Causeyville Road.

If Gray's lucky, the bridge just north of her business may finally be open again by May.

For nearly a year, the Vimville-Causeyville Road bridge over railroad tracks, less than one mile from Gray's Family Fish Camp, has been closed to traffic. Gray said business has slowed to a trickle since the bridge closed. She has had to cut staff and has increased her blood pressure medication.

"It's been over half of my income," Gray said about income lost. "Some months it's as high as 85 percent."

With the bridge closed, the detour to the camp takes nearly three additional miles on rural county roads, no longer the direct path it used to be. Gray said the county didn't even put up detour signs until a few months ago, long after she'd caved and put up signs herself, hoping to guide customers back.

"It's not direct anymore. Even the local people say it's such a trouble to go that roundabout way," said Gray, a 68-year-old recovering from a recent stroke.

The detours compound the problem for her out-of-town fans; some coming from as far as Livingston, Alabama.

"They're not from here," Gray said. "They don't know these roads so they're not going to come."

On Sundays, Gray used to see at least 200 people for her buffets. Last Sunday, that number was 99. The Sunday before it was 89.

The detour takes customers over a bumpy, rocky railroad crossing, which Gray said had dinged her windshield and given her a flat tire.

"The only thing (the county) can do for me is fix the bridge," Gray said.

After a year of negotiating with the railroad, which set higher bridge standards, and the state, the Lauderdale County Board of Supervisors Thursday discussed foregoing state aid in favor of fixing the bridge with county money.

Rush Mayatt, the county's road manager, asked the county to "stop seeking state aid assistance" for the bridge and advertise for bids to fix it.

"It's the right thing to do. It's a main thoroughfare," Mayatt said. "It's going to come out of my budget and it's going to hurt... I don't want to make this a habit."

State statutes require that the county accept sealed bids for two weeks and open them one month later before awarding a contract. With that in mind, Mayatt couldn't give an exact date for the bridge to reopen but said he hoped it would be open before summer.

"We've got to head the other direction. We can't hold up for months and months to save money," Mayatt told supervisors, estimating it could take four or more months before the state answered their call for aid.

"We've got to repair it as quickly as possible to avoid any heartache," Mayatt advised the supervisors, noting its proximity to Waste Management's landfill.

Arundel Road, just west of the Meridian Regional Airport, requires only new postings following annual inspections contracted out by the office of State Aid Road Construction. Meanwhile, inspectors determined that the abutment on Maiden Road's bridge would need to be fixed.

Mayatt said that fixing the abutment would be so costly that it would "not be economical to make repairs on that old bridge. It needs to be replaced."

Jonathan Wells, the supervisor for District 1, lamented that the county had to address so many infrastructure problems.

"When you look at all the things that have fallen in our lap you wonder, 'What were they doing 20, 30 years ago?' " Wells said.

To fund future repairs, Kyle Rutledge, who District 5 covers the Vimville-Causeyville Road bridge, said that infrastructure funding from the state should have a portion of it earmarked for bridges.

"Supposedly in 2020 we'll get that first quarter (of funding)," Rutledge said. "Do we need to dedicate a percentage of that money to bridge upgrades? Because there's a lot of other counties getting their bridges closed."

Mayatt stressed the need not just to repair bridges in a reactive manner but, rather, taking the proactive approach and upgrading bridges to newer materials.

"There are better materials out there now," Mayatt said. "I really feel like years down the road, in the near future, this will all hit us... Repairs are what we're doing now. We need to be upgrading."