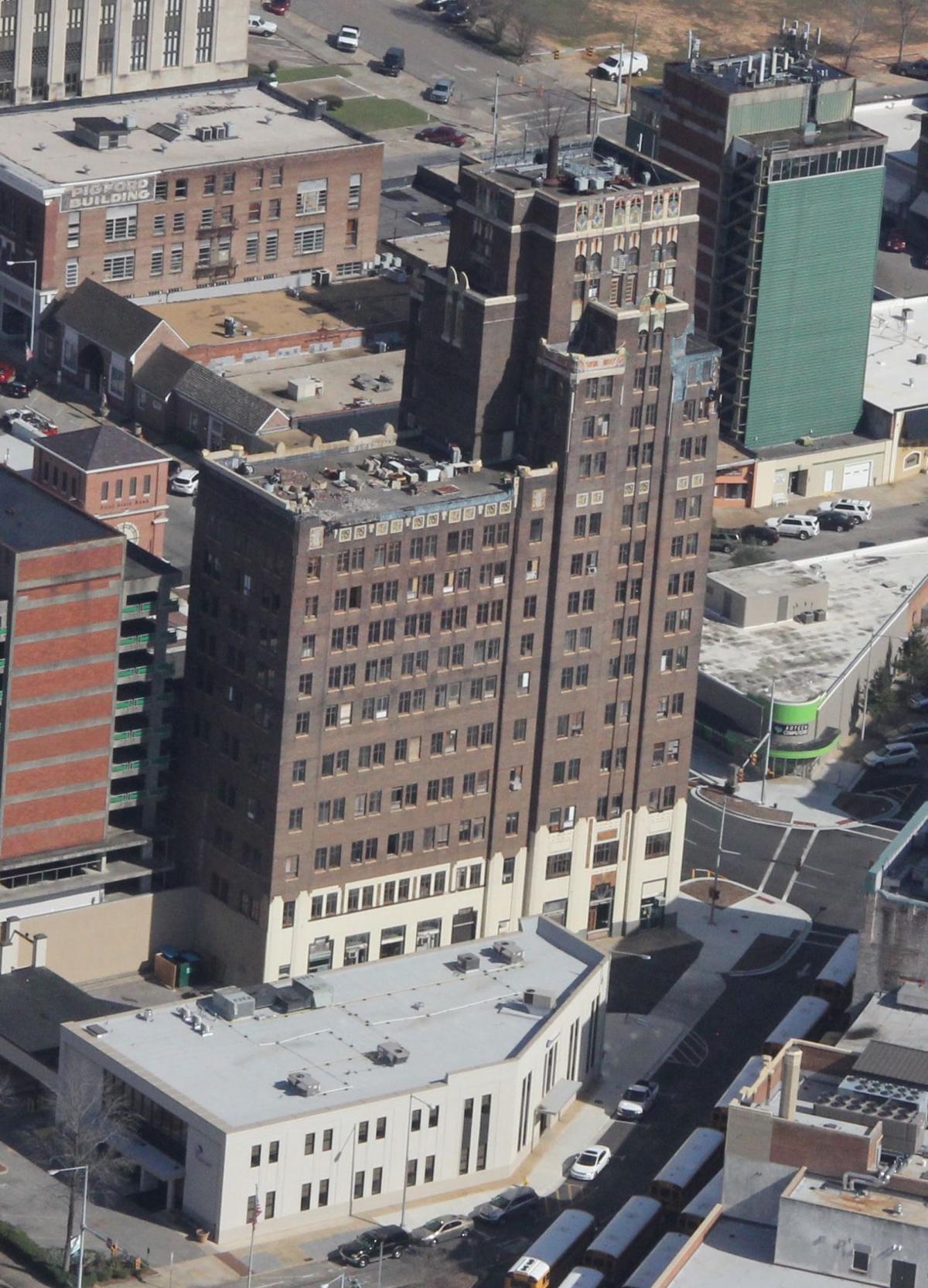 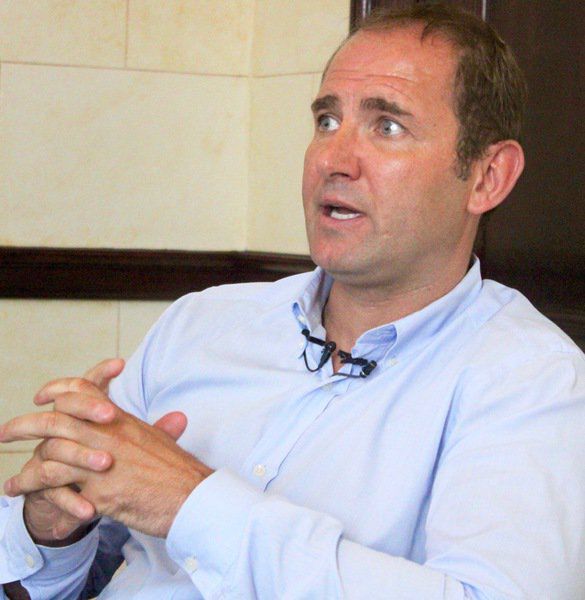 During a visit to Meridian Thursday, developer John Tampa said work on the Threefoot Building is scheduled to begin next month. 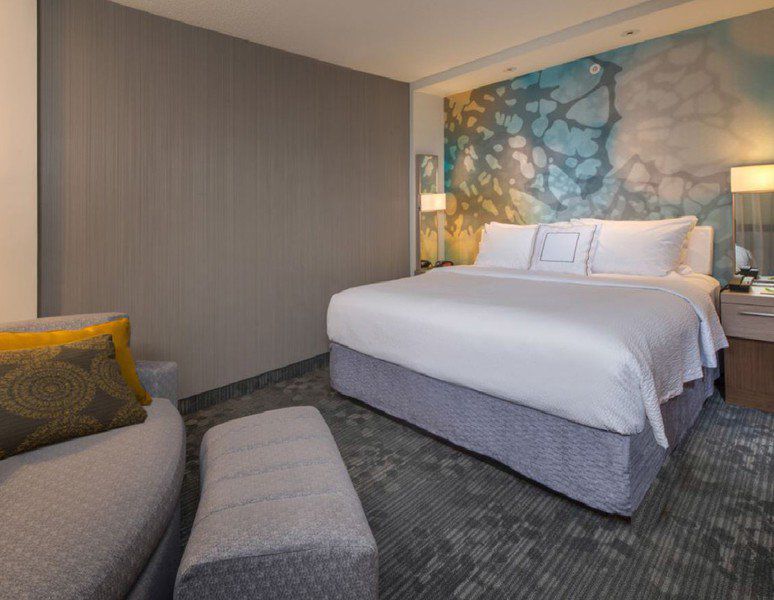 An example of what the guest rooms at the Courtyard by Marriott will look like.

During a visit to Meridian Thursday, developer John Tampa said work on the Threefoot Building is scheduled to begin next month.

An example of what the guest rooms at the Courtyard by Marriott will look like.

The long-awaited rehabilitation of the Threefoot Building in Meridian is expected to start in mid-July, according to the project’s developer.

John Tampa, president of Ascent Hospitality Management LLC, took possession of the historic building Jan. 6, 2016. Once it’s renovated, the Courtyard by Marriott hotel will have at least 135 rooms. The facility will also have a restaurant, a Starbucks coffee shop and 1,100-square feet of retail space on the bottom floor.

Ascent is committed to spending at least $22 million to renovate the 16-story building, according to Tampa. The rehabilitation should take about 18 months, he said.

“It’s been a long process, and extremely difficult,” Tampa said Thursday. “By having the property vacant for 30 years, we had a lot of challenges.”

Tampa said he developed a similar property in Montgomery, Ala., where it helped revitalize the city’s downtown.

“It brought more traffic and more life to downtown,” he said.

Tampa credited Mayor Percy Bland’s administration and the Meridian City Council for their support of the project, saying the city worked with state and federal officials to help move the project forward.

Ascent will receive federal and state preservation tax credits to offset the cost of the project,

Since the building was sold, specialists from the Miss. Department of Archives and History have been working with Ascent and the New Orleans-based architectural firm John T. Campo & Associates, Inc.

Once it’s been renovated, the building will keep much of its historical charm, according to plans submitted to MDAH.

The building is Tampa's second hotel in Meridian, with the Fairfield Inn & Suites off U.S. Highway 11/80 being the first one.

About The Threefoot Building

The historic building has dominated Meridian's skyline since the 1930s. When completed in 1930, the 16-story building was the tallest in Mississippi. The Threefoot Building and Jackson's Standard Life Building had the same architect, C.H. Lindsey of Jackson, along with Frank Fort of Meridian.

The Threefoot family (German immigrants who had Anglicized their name from Dreyfuss, which means three feet in German) constructed the building to house and operate its Threefoot Brothers Wholesale Company. It also housed Threefoot Realty and a number of smaller businesses, along with doctor and business offices during the 1940s-1960s.

The building is an example of Art Deco architecture, with classic setbacks and polychrome terra cotta accenting the first-floor granite water table and the upper-floor spandrels and parapets.

The Great Depression put the Threefoot store out of business, but the Threefoot Building continued in operation under various owners. By the 1990s, the shift in development from downtown to suburban areas left it mostly vacant. Several redevelopment plans over the years fell through.

Since 2013, the Threefoot Preservation Society has worked to clean up the building and raise public awareness through tours and events.

It was placed on the National Register of Historic Places in 1979 and designated a Mississippi Landmark in 2008. The Meridian City Council approved a final agreement for the sale of the building in October 2015.

THUMBS UP FOR THE THREEFOOT

The historic Threefoot Building in downtown Meridian is in good shape, considering it’s 87 …

Gallery: Inside the ThreeFoot Building

Threefoot still on track to open late next year

Although slightly behind schedule, the 16-story Threefoot Building in Meridian should be up and running as a Courtyard by Marriott hotel by t…

Work on the Courtyard by Marriott hotel at the Threefoot Building in Meridian could begin in about 30 days.

MERIDIAN [ndash] Arrangements were incomplete at Berry and Gardner Funeral Home for Mr. Gregory Lewis, 60, of Meridian, who died Sunday, May 17, 2020 at his residence.

STONEWALL [ndash] Arrangements were incomplete at Berry and Gardner Funeral Home for Mr. Stanley Doby, 57, of Stonewall, who died Thursday, May 21, 2020 at Rush Foundation Hospital.