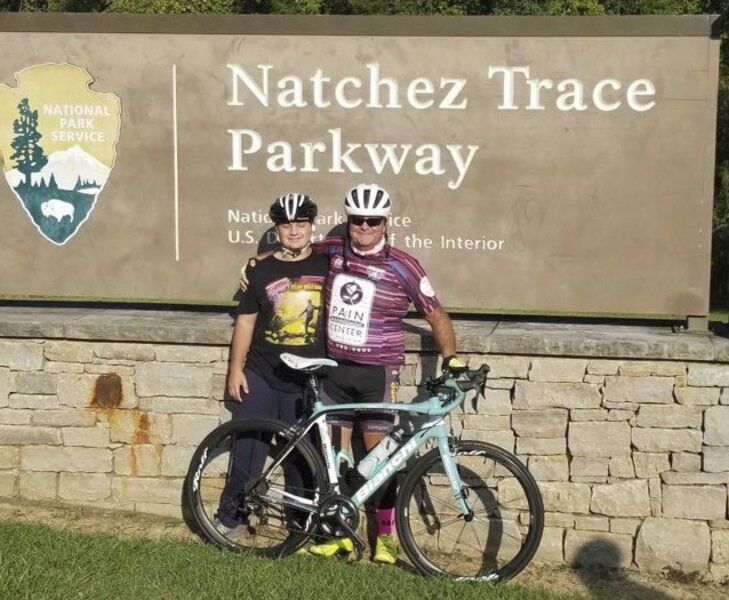 Ed Abdella, West Lauderdale High School teacher with his son, Hayes Abdella at the end of the Natchez 444 Race. 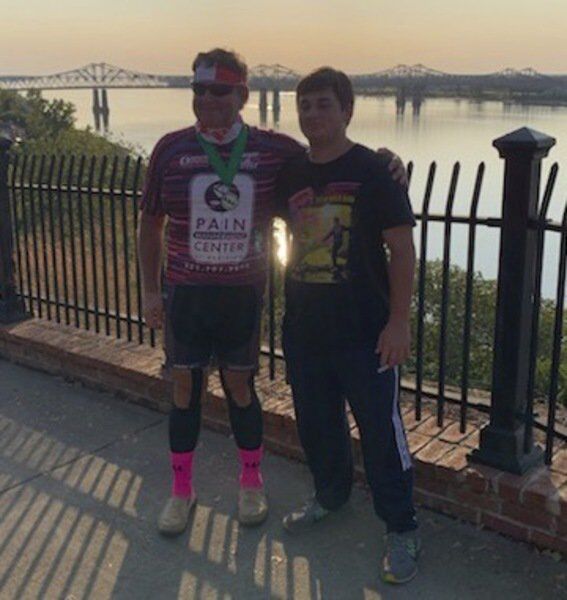 Ed Abdella with his son, Hayes Abdella after the Natchez 444 race.

With 60 miles left on the Natchez 444 race, Ed Abdella was close to giving up.

Tired and weary, he looked up from his bike for quick second and saw a white Chevy suburban with his son Hayes in it.

Right then, Abdella knew he had to finish the race.

“I can’t thank those folks enough – to bring him there," he said. "It meant the world to me and it kind of gave me the extra push that I needed to finish. They drove three hours to bring Hayes, stay and drove him to the finish line with a couple of miles left and waited."

Abdella, a West Lauderdale High School teacher and military veteran, recently finished a 444-mile race on the Natchez Trace. Competitors have to complete 444 miles in 44 hours.

Ed Abdella is preparing for the bike ride of his life.

“When I finished, it was like a big accomplishment,” he said.  “It was really cool to see that mile marker with one mile."

Growing up, Abdella was always a competitive cycler, but after serving in Iraq, he developed back pain.

He was determined to overcome the pain, and after speaking with his doctor and getting the treatment be needed, Abdella found hope in riding again.

“If it wasn’t for Dr. (Azhar) Pasha, it wouldn’t be a reality," he said. "This thing would have never happened.”

Abdella began training in October 2019, and besides improving his physical fitness, he had to change his diet, slimming down and losing 53 pounds.

Even though he was ready for the race, Abdella said one of his concerns was his fellow teachers at West Lauderdale. With the COVID-19 pandemic spreading, he was worried about leaving his friends in a bind.

“I don’t think it’s fair to take three days off, when we are going to be in dire straits with teachers leaving and stressing,” he said, “ I didn’t think that would be fair.”

What your favorite outdoor exercise?

Abdella said his next step is to prepare for his next race in March 2021 called the 24 challenge, in which he will ride his bike around West Lauderdale High School. The goal is to raise awareness for two students, Leigh Wallace and Chris Trayal, who are battling cancer.

Abdella's next big race will be Race Across America and No Country for Old Men race in Texas.

Humbled by the experience of finishing the Natchez 444, Abdella he said he would've  never finished without the community's support.

“There were so many that helped me do this and if it wasn’t for them, I wouldn’t be able to do it,” he said.

MERIDIAN [ndash] Ms. Rose Mary Lovell, 80 of Kent, Ohio, passed away Oct. 19, 2020, at Poplar Springs Nursing Home. Rose was a long-time resident of Meridian and had resided at Aldersgate for the past seven years, until entering Poplar Springs in Sept. 2020. She is survived by her three daug…