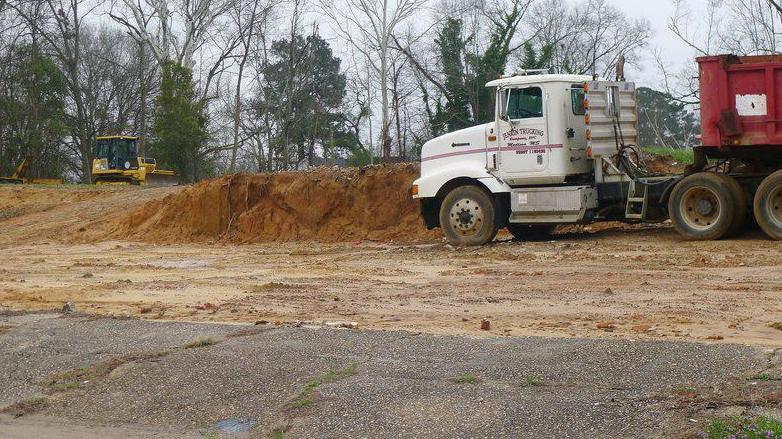 According to Chartre Consulting, this site, at the intersection of 34th Avenue and 5th Street, will be the future home of a community center. 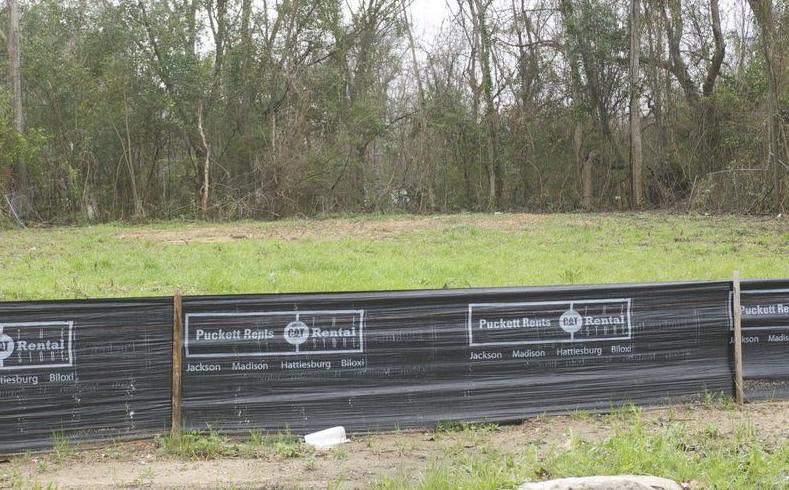 Some of the lots in the West End Place development have been cleared and have fencing, such as the lot above on 34th Avenue.

Clarence Chapman, a Meridian native and president of Chartre Consulting, said in May the project had been in the works, adding that if construction started in September the homes could be filled with families by the end of October 2018.

But a visit to the sites Friday, in a span of four blocks between 8th Street and Railroad Street, showed little progress.

Some of the sites have been cleared on the parcels purchased by Chartre Consulting and some fencing, a plastic tarp with wooden stakes, marks the edge of the property. Some homes, slated to be demolished, still stand. One site, where a proposed community center is planned, has construction equipment but the area doesn't appear to be ready for construction.

Chapman said in February that the company is "working on completing development funding" and will notify the media when they are ready to proceed. Chapman said that the developer still planned to build 50 homes and the community center.

According to an email from Chapman, the steps before commencing construction are:

3. Complete title confirmation proceedings on all parcels. This is normally a 90-120 days (sic) process that cannot be shortened. And

4. Submit site plan and building plans to city for approval.

In this email, Chapman said "We hope to have all of the above completed and be prepared to begin actual home construction around the first of the year."

According to Laura Carmichael, the Community Development director in Meridian, large developers approach the planning arm of the department early in their process for proposed sites to explore the feasibility of the project.

"We make sure it benefits the community," Carmichael said. "The site plan has to be approved before development begins."

Carmichael said planners, inspectors and code enforcers all play a role in a big project at different parts, ensuring entrances and exits flow or that the appropriate permits are issued.

"We work hand-in-hand to ensure that all of it is done to code," Carmichael said. "It's a process."

Carmichael said that Chartre Development was in the midst of the process but on Friday didn't clarify where in the process the developer was.

According to the Site Development Review, potential projects go through steps that coordinate Building & Inspection, Planning, Engineering and Fire Prevention departments. After each of those departments weigh in, an application can be finalized and approved.

Chartre Consulting receives a tax credit from the Mississippi Housing Authority to build such homes and Chapman said the company builds homes in blighted neighborhoods throughout the Southeast.