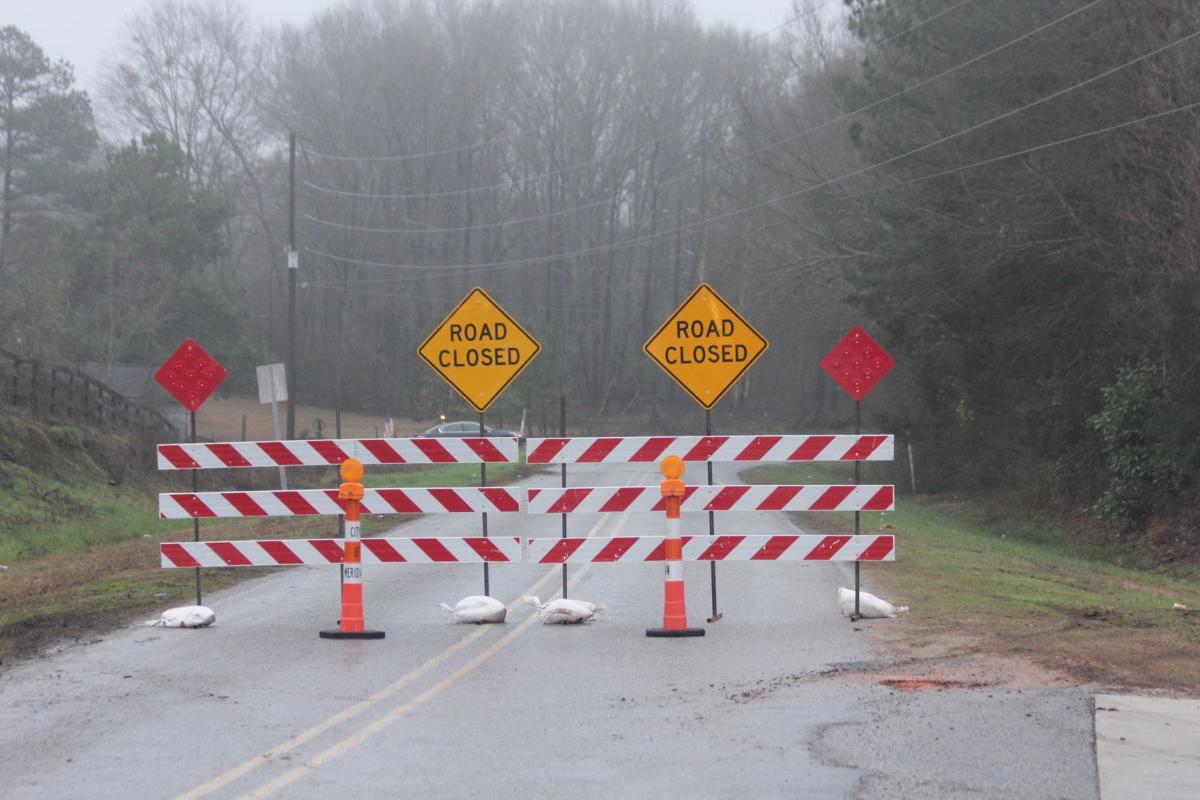 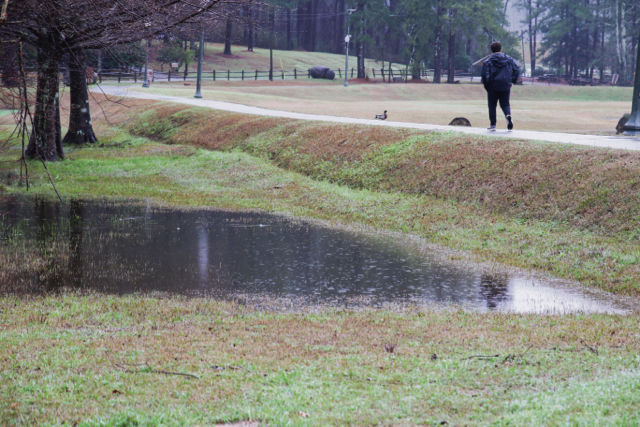 Rain falls at Bonita Lakes in Meridian on Tuesday. A flash flood warning has been issued for Lauderdale County and surrounding areas, including Kemper, Newton and Neshoba, from noon Wednesday to 6 a.m. Thursday, according to the National Weather Service.

A flash flood watch is in effect from noon Wednesday to 6 a.m. Thursday, but days of rain area already are having an impact.

VanZyverden Road between VanZyverden, Inc. and Natures Way and was closed Tuesday night until around 11 a.m. Wednesday due to a damaged culvert beneath the road.

Lauderdale County Road Manager Rush Mayatt said workers were able to make temporary repairs at the site and will continue work on the issue once the weather improves.

While there was some relief from heavy rain Wednesday morning, a flash flood watch has been issued for Lauderdale County and surrounding counties, including Kemper, Newton and Neshoba from noon Wednesday to 6 a.m. Thursday, according to the National Weather Service.

Rain is expected in the region through Thursday morning, with two to three inches of rain expected, the Lauderdale County Emergency Management Agency reported.

“Areas of flash flooding are likely. Numerous roads may be flooded and possibly closed. Structures will be threatened with inundation,” LEMA stated in an advisory. “Moderate river flooding is also possible."

The Meridian Public School District postponed its parent-teacher conferences scheduled for Wednesday until Wednesday, Feb. 19 due to the threat of inclement weather.

The National Weather Service issued an "elevated threat” status for Meridian during the flood watch period.

The heaviest rainfall is anticipated Wednesday, according to Nicholas Fenner of the National Weather Service in Jackson.

"Best chance for that heavy rain will be the late evening into overnight hours, averaging one to three inches of rain," Fenner said.

LEMA Director Odie Barrett said the agency hadn't received reports of problems as of Tuesday morning, but the agency is monitoring the threat.

Meridian has received around 15.06 inches of precipitation since the beginning of the year, Fenner said.

Dave Bohrer and Erin Kelly contributed to this report.

BIRMINGHAM, Ala. (AP) — A Tennessee hillside collapsed, roads were flooded and rivers were r…