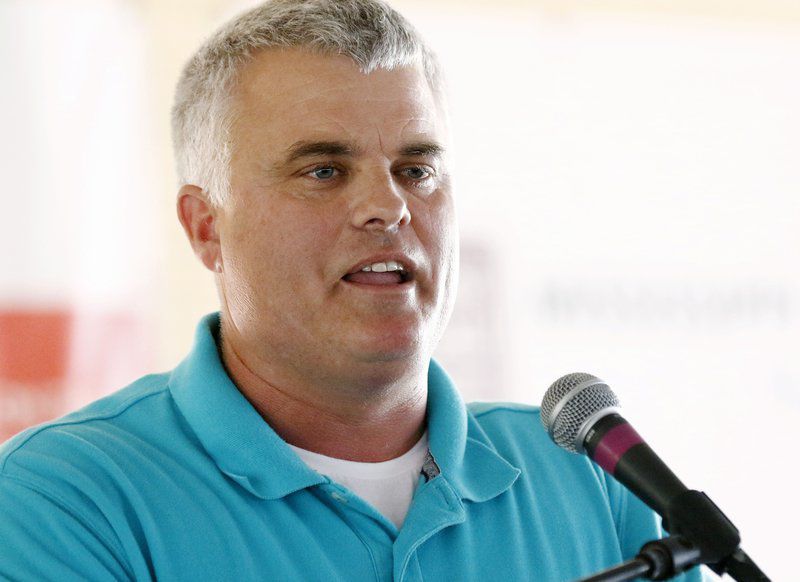 Rep. Michael Ted Evans speaks during the Neshoba County Fair on Aug. 1, 2018. Evans is beginning his new term as an independent. 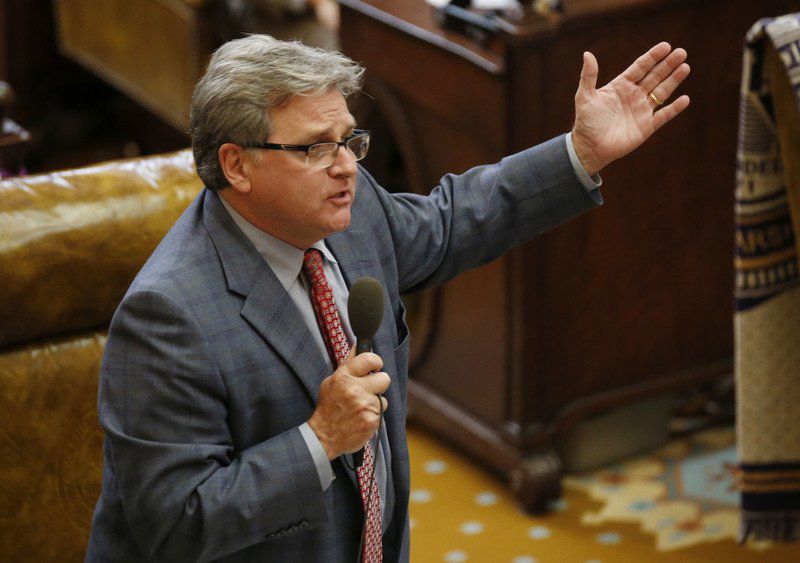 Rep. Kevin Horan speaks during a conference report in House chambers at the Capitol in Jackson on April 18, 2016. Horan, of Grenada, was re-elected as a Democrat and is starting his new term as an independent.

Rep. Michael Ted Evans speaks during the Neshoba County Fair on Aug. 1, 2018. Evans is beginning his new term as an independent.

Rep. Kevin Horan speaks during a conference report in House chambers at the Capitol in Jackson on April 18, 2016. Horan, of Grenada, was re-elected as a Democrat and is starting his new term as an independent.

State Reps. Kevin Horan of Grenada and Michael Ted Evans of Preston, both re-elected unopposed as Democrats this past year, will begin their new four-year term as independents.

Both confirmed Monday afternoon they were leaving the Democratic Party and would serve with no party affiliation when the 2020 legislative session began Tuesday.

“I am looking out for the people of my district,” said Horan, who has been serving in the state House since 2012. “My responsibility is to the people of District 34. I don’t know what the future holds.”

He did not rule out switching to the majority Republican Party at some point.

“I just wanted to put myself in the best position to help my people,” said Evans, who also has been in the state House since 2012. “My district is pretty much 50-50 Democratic and Republican.”

Both Horan and Evans represent black majority districts. Evans’s District 45 is in east-central Mississippi while Horan’s district is on the edges of the Delta.

Before members run again in 2023, legislators will have to redraw district lines to match population shifts found by the 2020 U.S. Census. Whether districts can be drawn for Horan and Evans to make them less Democratic before the 2023 election remains to be seen.

They said they have not asked for any special favors from House Speaker Philip Gunn, R-Clinton, for leaving the Democratic Party.

Horan said he talked to the speaker multiple times before making the decision to leave the Democratic Party, but did not ask for any special favors.

Evans, who was the Democratic nominee for the District 3 U.S. House seat in 2018, said he told the speaker of his plan to leave the Democratic Party in passing.

The new session began Tuesday and in the coming days Gunn will be making committee assignments for the new four-year term.

“While I enjoyed caucusing with both colleagues, I assume they made the best decision for them and their districts,” said Rep. Abe Hudson, D-Shelby. “Unfortunately, right now our Legislature already is in the position of a (Republican) super majority, therefore, the shifting party allegiances will have little to do with whether something passes or does not pass.”

Hudson said he hopes members, regardless of party, will work together to solve the many problems facing the state.

In November, Rep. Angela Cockerham of Magnolia, who previously served as a Democrat, was re-elected as an independent, but Rep. Steve Holland of Plantersville, who also switched from Democrat to independent, was defeated in November by Democrat Rickey Thompson.

Horan and Evans said the switch from Democrat to independent will not impact their votes.

“I think I already voted pretty much in the middle,” Horan said.