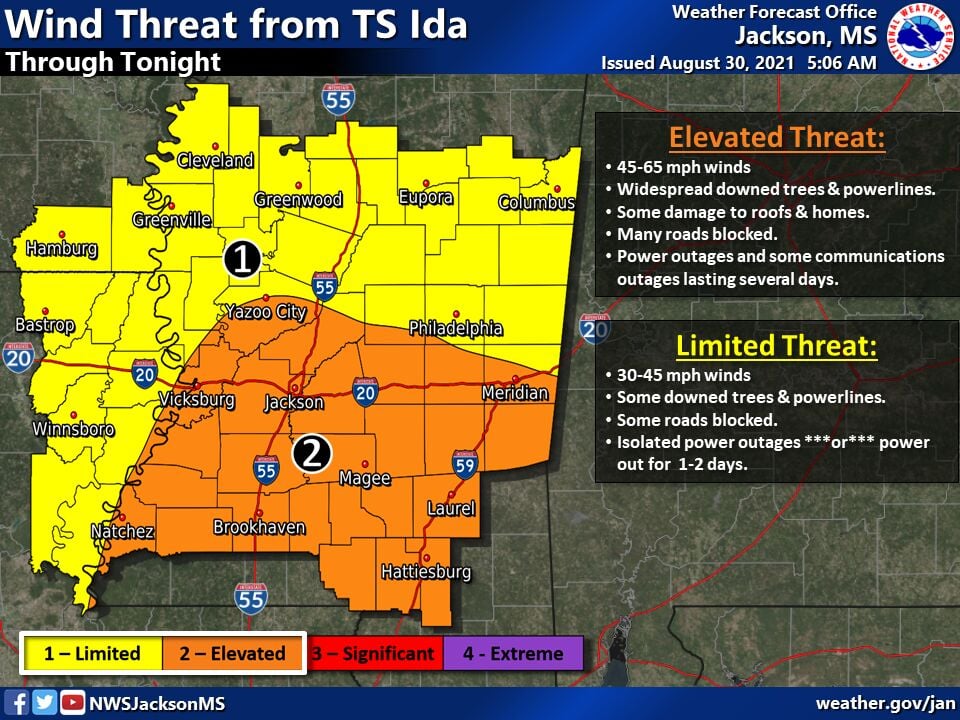 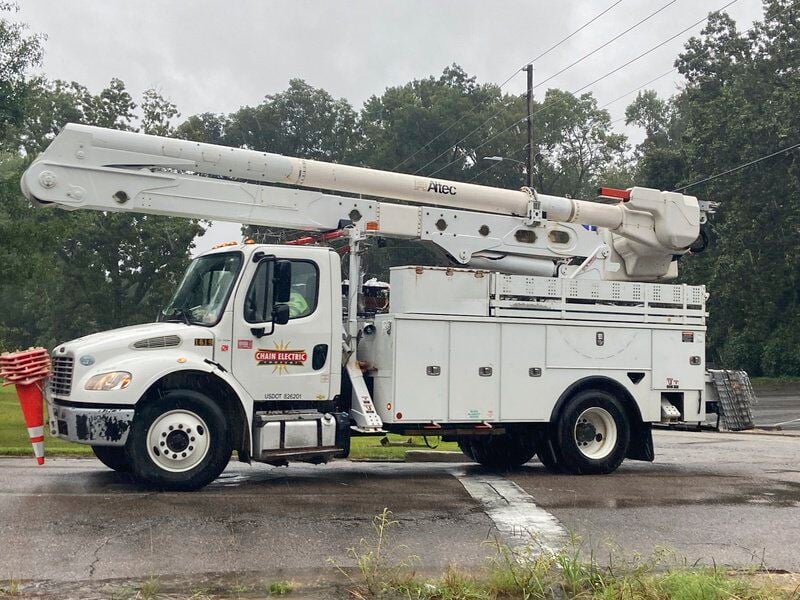 Strong storms and damaging winds are expected to continue throughout East Mississippi as Hurricane Ida moves north through the state.

Ida made landfall in southern Louisiana shortly before noon Sunday as a category 4 hurricane.

Nicholas Fenner, a meteorologist with the National Weather Service in Jackson, said Monday Ida had weakened into a tropical storm, but strong winds and rain were expected throughout the day and into Tuesday.

“The wind threat especially looks to continue through this afternoon and into tonight,” he said.

Portions of East Mississippi, including Lauderdale County, were under a Tropical Storm Warning, Fenner said, which could bring 45-65 mph winds. Strong winds, accompanied by heavy rain, can bring down trees and power lines, he said.

“We’ve heard reports of rain softening the ground and trees being tipped over with the wind,” Fenner said.

Fenner said flash flooding was also a threat as heavy rain fall is expected across the region.

Although the Tropical Storm Warning was set to expire Monday, Fenner said he couldn’t rule out a wind advisory for Tuesday as Ida continued its trek north.

“There may be a wind advisory issued after the tropical storm threat,” he said.

Mississippi Highway Patrol Sgt. Jameka Moore said Monday wet highways and heavy rain throughout the day could make travel dangerous. Moore, who had traveled to the coast to assist with the storm efforts, said he couldn’t report any specific road conditions in East Mississippi, but he would advise against traveling if at all possible.

“I would advise motorists, if they don’t have to be out and about, to stay home until the storm passes,” he said.

In a statement Sunday, the City of Meridian encouraged residents to stay safe and have an emergency plan in case of flooding or tornadoes.

Residents with downed trees, flooding or damage within the city limits are encouraged to call Meridian Public Safety Department at 601-484-6890. County residents should report damage to their county emergency management agency.

“We ask that you please do not tie up emergency lines with reports of your power being out. This is to be expected. Please notify your power company,” the statement read. “We need these lines and operators free for actual emergencies where law, fire, ems are needed, trees and power lines that have fallen, and roadways that are blocked or flooded.”

East Mississippi Electric Power Associations asked residents in a statement Monday to refrain from reporting power outages on social media. The company said its outage system and social media were two separate systems, and outages reported via Facebook and Twitter could not be properly logged.

"We are prepared and ready to respond when it is safe to do so," the statement read. "We appreciate your patience, understanding and prayer in the days ahead."

In the event of an emergency, please dial 911.

Many area schools and services announced they would not be operating Monday in anticipation of severe weather, including:

In an update on its website Sunday, Waste Pro announced Monday garbage pickup for the Meridian area was cancelled and its office would be closed.