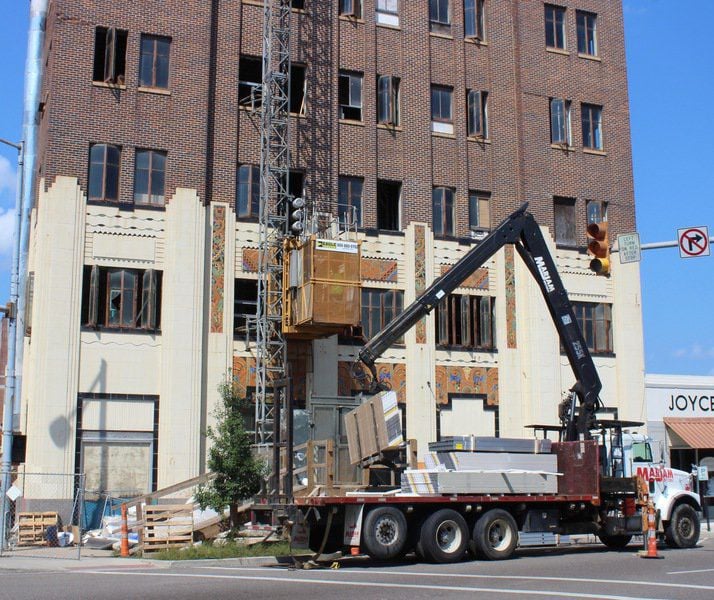 Crews have been busy working on the historic Threefoot Building in downtown Meridian, which is expected to open in November 2020. 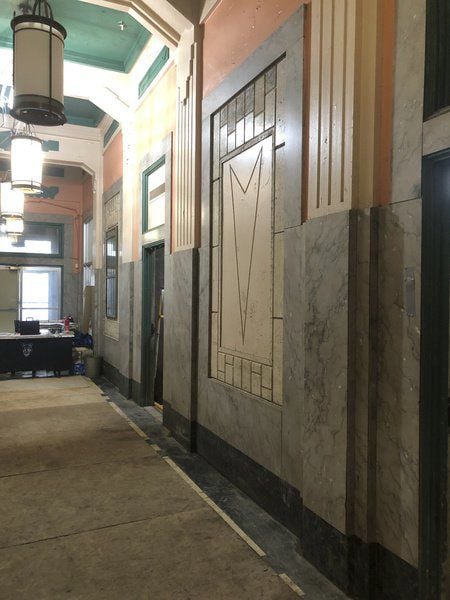 An interior shot of the Threefoot Building in downtown Meridian, which is expected to open in November 2020.

The historic Threefoot Building in downtown Meridian is expected to open in November 2020, according to the architect for the project.

The Art Deco high-rise is being transformed into a Courtyard by Marriott hotel with 131 rooms, said John Campo, president of Campo Architects.

Crews were busy unloading materials from trucks at the project site Wednesday.

The demolition of non-historic sections inside the Threefoot is complete and crews have partially installed mechanical, electrical, plumbing and light safety systems, Campo said.

Much of the work is happening off-site, Campo said, including window refurbishment and the fabrication of doors and fixtures.

The 16-story hotel will have a 2,700 square-foot rooftop bar with an unimpeded view of the city, inspired by the Elyton Hotel in Birmingham, Campo said.

"There is nothing in the city of Meridian that is going to have a view like this thing," Campo said.

The roof will have a kitchen and pizza oven and food and beverages will also be available on the ground floor, he said.

The Threefoot Building was completed in 1930 and was the tallest building in Mississippi at the time.

It was placed on the National Register of Historic Places in 1979 and designated a Mississippi Landmark in 2008.

John Tampa, president of Ascent Hospitality, took possession of the property in January 2016. In June 2018, he predicted a late 2019 opening.

Campo said the project will have a catalytic effect on the rest of the city.

“Meridian is a target-rich environment for adaptive reuse of historic buildings," he said.

MERIDIAN [ndash] Arrangements were incomplete at Berry and Gardner Funeral Home for Mr. Gregory Lewis, 60, of Meridian, who died Sunday, May 17, 2020 at his residence.

STONEWALL [ndash] Arrangements were incomplete at Berry and Gardner Funeral Home for Mr. Stanley Doby, 57, of Stonewall, who died Thursday, May 21, 2020 at Rush Foundation Hospital.