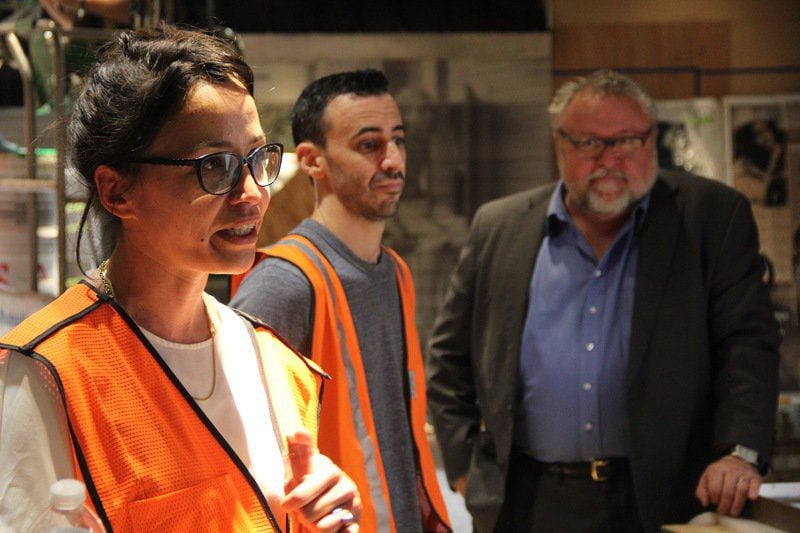 Julie Flechoux, a visual design director with Gallagher & Associations, describes how an interactive display works during media day Thursday at the Mississippi Arts + Entertainment Experience in Meridian. Looking on a colleague from Gallagher & Associates and Mark Tullos, CEO and president of The Max. The museum opens with a gala on Friday, April 27. 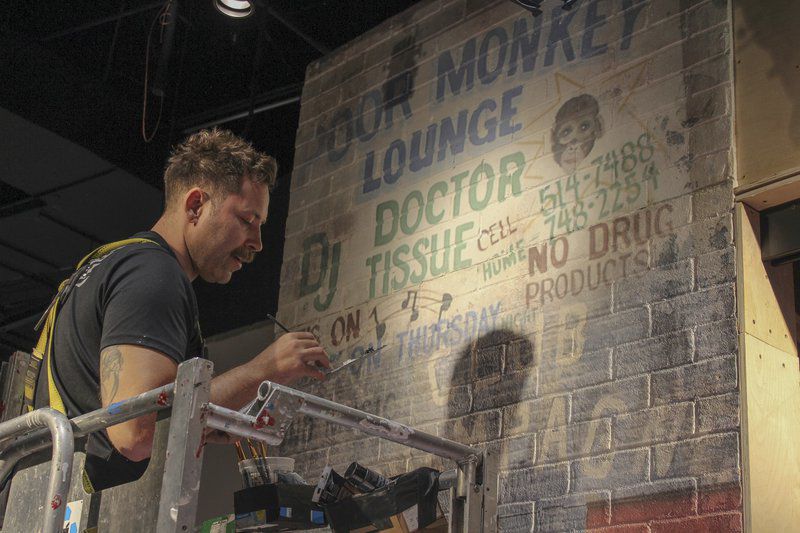 Artist Zacaria Anny puts the final touches on an exhibit at the Mississippi Arts + Entertainment Experience in Meridian on Thursday. The center will open with a gala on April 27.

It’s crunch time at the Mississippi Arts + Entertainment Experience in Meridian as painters, electricians and carpenters are putting final touches on the center.

The Max, located at Front Street and 22nd Avenue, will open next week beginning with a black-tie gala on April 27. The 58,000-square-foot museum, which will celebrate the state’s rich artistic heritage, will open to members on April 28 and officially open to the public on April 29.

The final exhibits are expected to arrive from New Orleans on Monday, April 23, Mark Tullos, the MAX’s CEO, said during a media tour of the museum on Thursday. The trucks carrying the exhibits will return to New Orleans with construction equipment used during the building of the MAX, he said.

Tullos emphasized the MAX is different from other museums, where touching the displays is discouraged.

“This is a ‘do touch’ museum,” he emphasized during the tour, describing a large stained glass painting in the museum’s church display.

“This is a museum unlike any other,” said Sarah van Haastert, project manager with Gallagher & Associates, the Washington, DC firm tasked with designing the MAX’s exhibits. “We want the museum to be an inspiration for the next generation.”

The museum’s immersive exhibits focus on the land, the home, the community, the church, people and places and the global community. A Hall of Fame rotunda featuring massive portraits of everyone from influential bluesman Robert Johnson to novelist John Grisham is a main focal point of the museum.

“This isn’t a static museum,” Tullos said. “This is a growing, living institution.”

With the highly anticipated Mississippi Arts + Entertainment Experience opening in Meridian in just a few short days, the museum remains a ho…