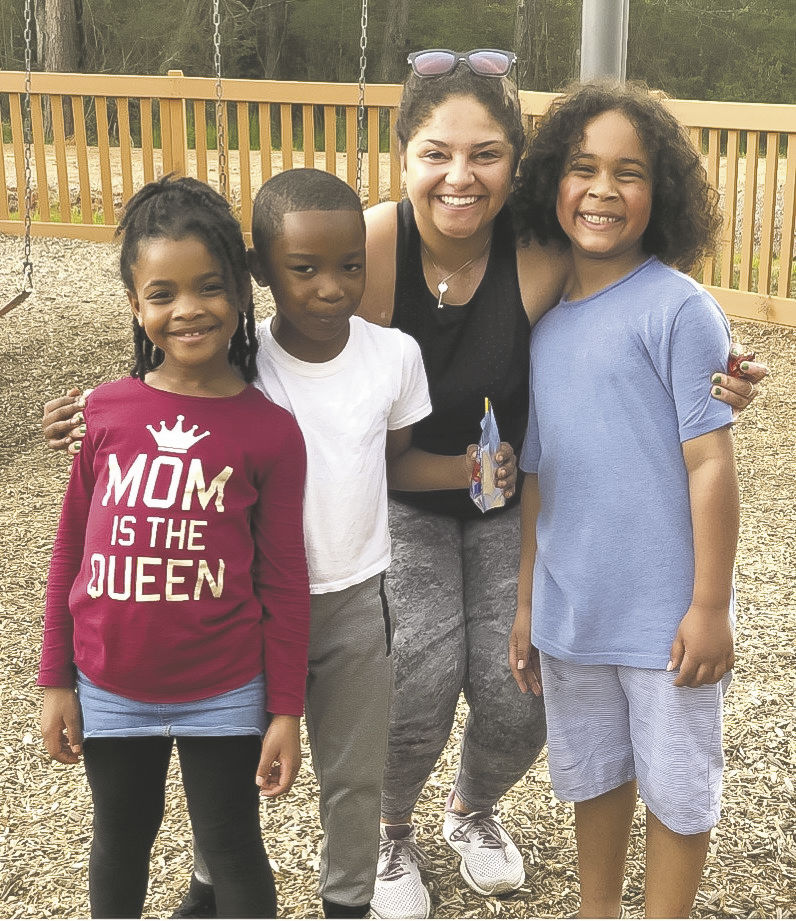 Allison Anderson poses with children in her care, Carter McIntosh, Jamarri Kelly and Alex Ballor. A Poplar Springs Elementary School teacher, Anderson took on the role of babysitter during the COVID-19 pandemic. 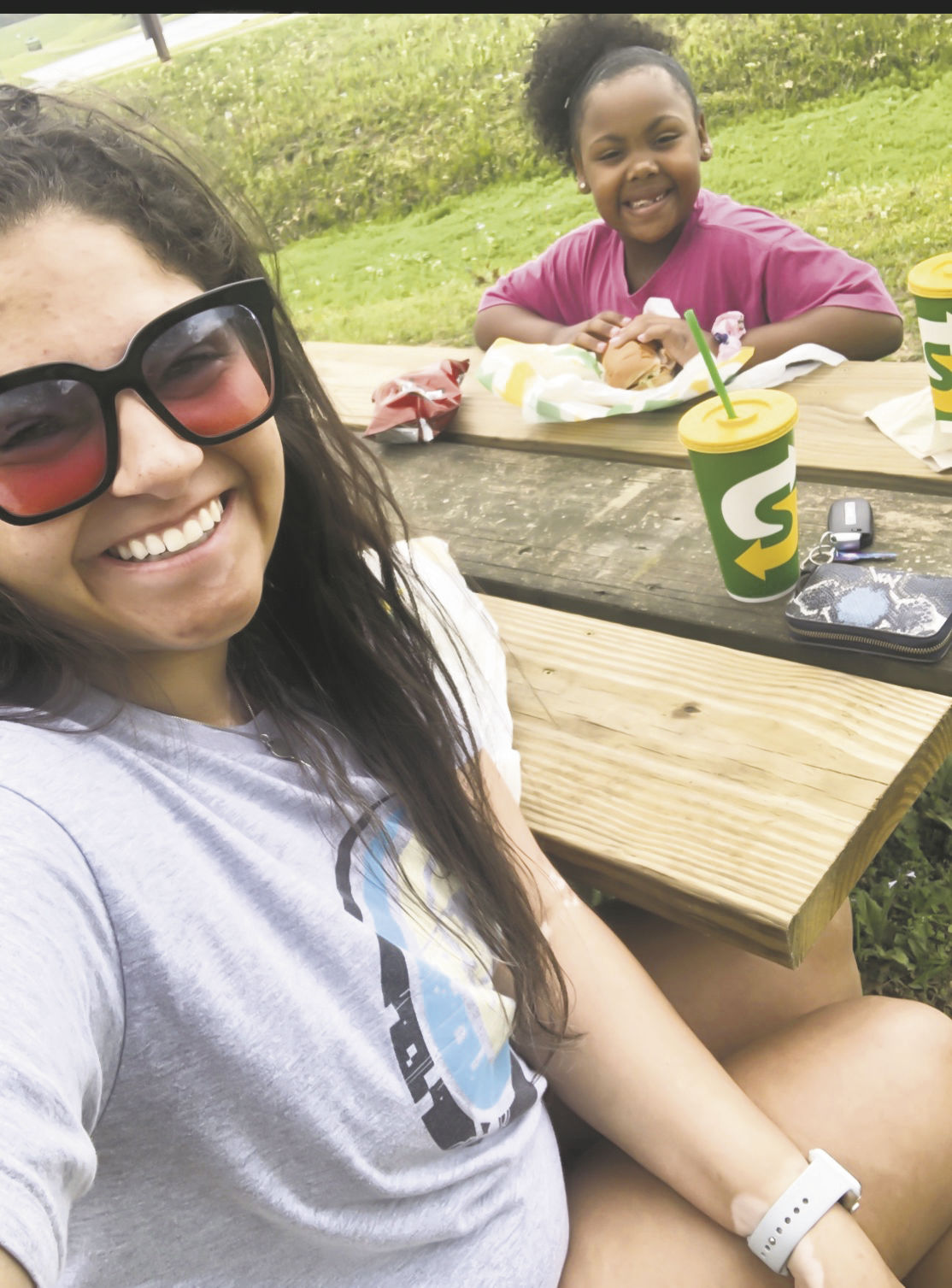 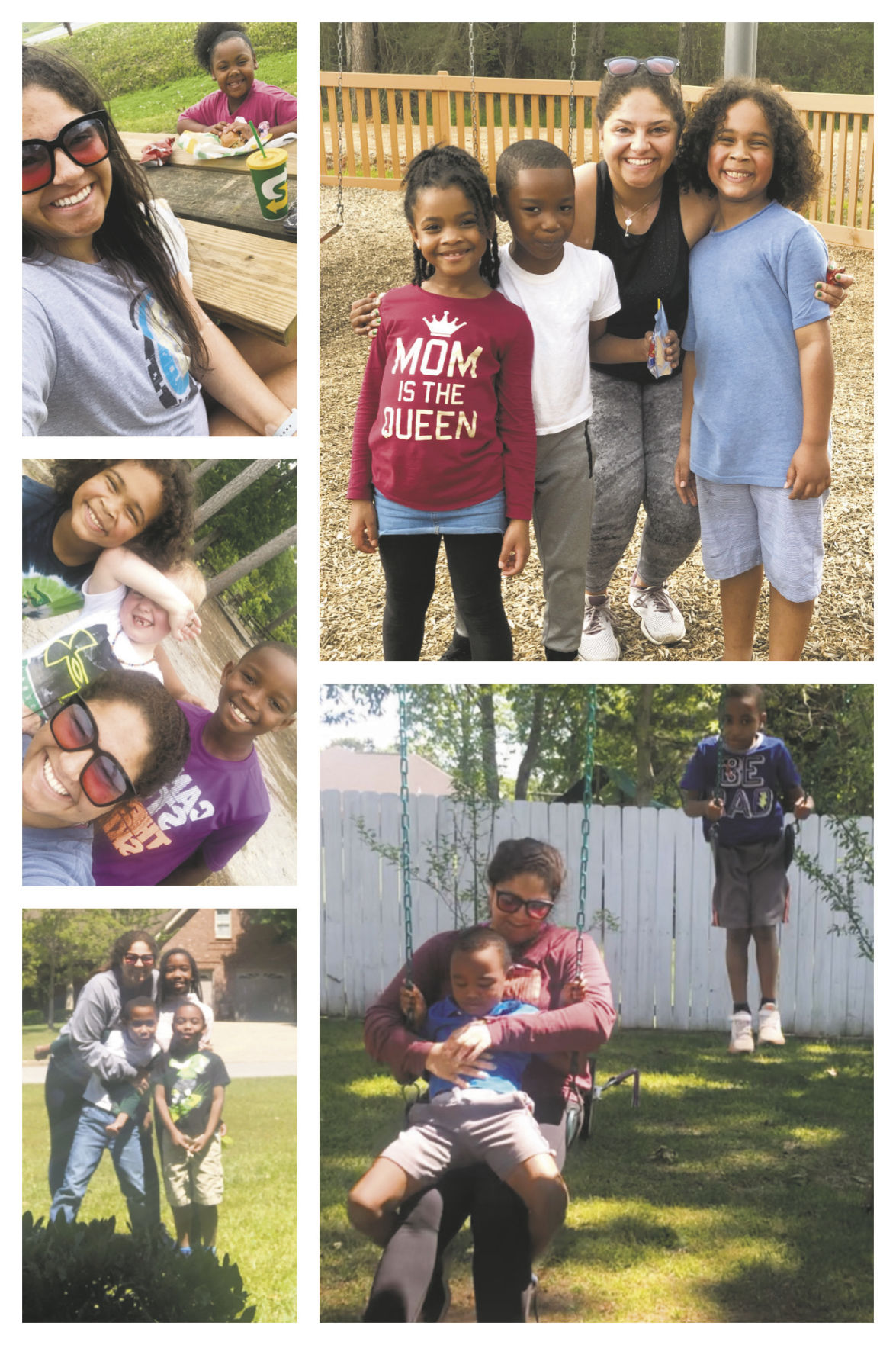 A collage of photos with Allison Anderson and the children she babysits.

After 140 days with her favorite Poplar Springs Elementary School first graders, Allison Anderson’s school year came to a screeching halt in March due to the COVID-19 pandemic.

Anderson, 24, said she never dreamed when she left for spring break, she would not return to her classroom to teach her “babies” this school year.

“At first, I had hope that we would return, but when I learned the school closure was final, I couldn’t believe it,” Anderson said.

Returning to clean her classroom and collect student backpacks for parents was a somber day for her.

Since the middle of March, many of our neighbors have been stuck at home while another group has been working full throttle to meet the demands placed on the community by COVID-19.

While everyone and all good work is important, many of those who continued to meet those demands at their workplace became known as "essential workers."

Through the remainder of June, we will be profiling some of the people who stepped up in the last several weeks in a series we call "The Essentials." We hope you enjoy their stories.

If you'd like to recommend someone for this series or a future profile, please tell us about them in an email at editor@themeridianstar.com.

Alicia Thomas described how devastated her son was when he heard he would not be returning to Anderson’s classroom: “JaMarri literally cried. He had enjoyed the virtual activities where he could see his classmates without risk, but he couldn’t believe he would not return to see his friends in person.”

Soon, Anderson began to feel she could do more to help the children she so missed. She knew that many parents were essential workers who depend on the school to supervise their children during their working hours. With no school in session, she decided to take matters into her own hands. If she couldn’t be in her own classroom, she could still make a difference, impacting the lives of parents, students and the community at large who, in turn, depend on healthcare providers and their workers to be at their jobs.

“I have been babysitting since I was old enough to do so, and I love children," Anderson said. "I knew I needed to combine my love with a desire to help those parents who are essential workers.”

One parent, McCall Ballor, said, “She was a God-send for me and my son Alex.”

Jenna Thomas agreed, “If (Anderson) had not been available to watch my son, there would have been days I probably would not have been able to work.”

Anderson said her days of babysitting were filled with activity. Their days would begin with breakfast and school work, then they would move to an outdoor picnic for lunch.

“Remember, this was during a time when the Bonita playground was closed to the public. When the park reopened, we would play tag, feed the ducks, or hop in a blow-up kayak,” she said. “We would end the day with some ice cream, a Popsicle, or a snow cone.”

Jade Williams-Moore said Anderson’s assistance with schoolwork was invaluable to her and her family.

“(Anderson’s) warm heart and generosity during this pandemic has made her more like family over the course of two months,” Williams-Moore said.

Anderson said was never worried about her safety. She knew her kids’ parents were essential workers, and they would be cautious about following the Centers for Disease Control guidelines.

“Most parents would go home first to shower and change clothes before coming to pick up their children,” Anderson said.

“Allison helped us in a desperate time of need," Dunn said. "Elle absolutely loved every minute of her time. She was so fun and creative.”

When daycares began to reopen, Anderson said her babysitting gig slowed a bit. She was soon hired by AT&T to fill some free time.

With the thought of the start of the 2020-21 school year, Anderson said she is excited to return to her classroom in the fall and a new group of first graders.

“This life is not for me," Anderson said. "I am ready to get back to my classroom and my students.”

The Essentials: Meridian caregiver says she treats clients like her family

When many people were safe and sound at home during the COVID-19 pandemic, Vashonda Davis w…

The Essentials: Jailer finds calling with desire to help others

When schools were closed in March due to the spread of the coronavirus, Lou Ann Lamar start…

When the COVID-19 pandemic reached Lauderdale County in March, the thought of shutting down…

The Essentials: COVID-19 protocols just another precaution for Meridian firefighter

Someone might tell you, “If you can’t stand the heat, get out of the kitchen.” For Mike Ski…

The Essentials: Over the road trucker continues hauling through pandemic

Some services came to a screeching halt when the pandemic arrived, but among the many essen…

When life gives you lemons, what do you do? Well, Francois DuPlessis, the director of Mater…

When the coronavirus reached Mississippi this spring, Kimberly Rush knew the pandemic would…

Bob Barham tends to meet families during some of the most painful hours of their lives.

When Rodney Warren graduated from Meridian High School in 2007 as a three-sport athlete, he never dreamed that he would be coaching those sam…

One day during the COVID-19 pandemic, Winn-Dixie employee Marilyn Neal received a call from a woman wanting to know if the store had Clorox.

The Essentials: Nurse volunteers for COVID-19 unit at Alliance Health Center in Meridian

When a special unit was set up at Alliance Health Center for patients who tested positive for the coronavirus, Claire Price was more than wil…