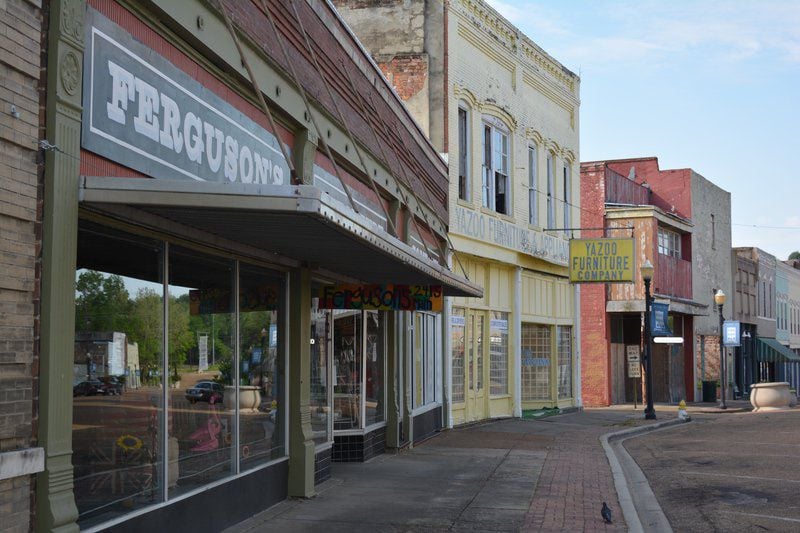 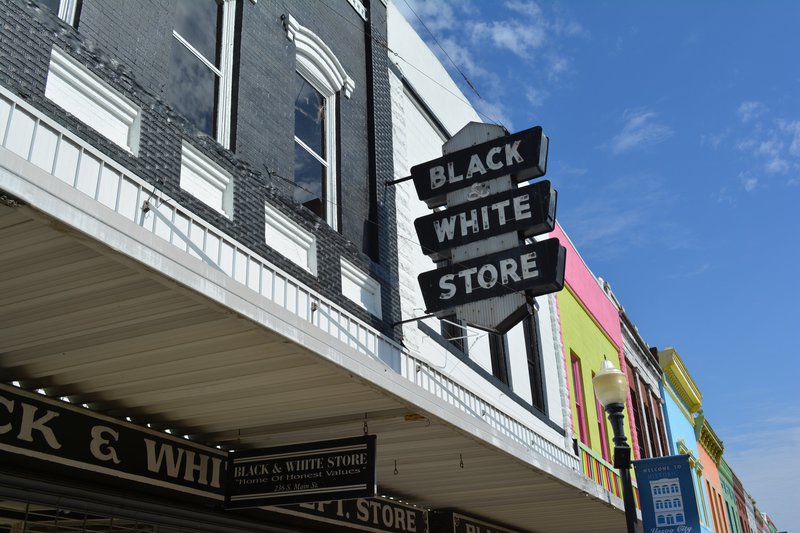 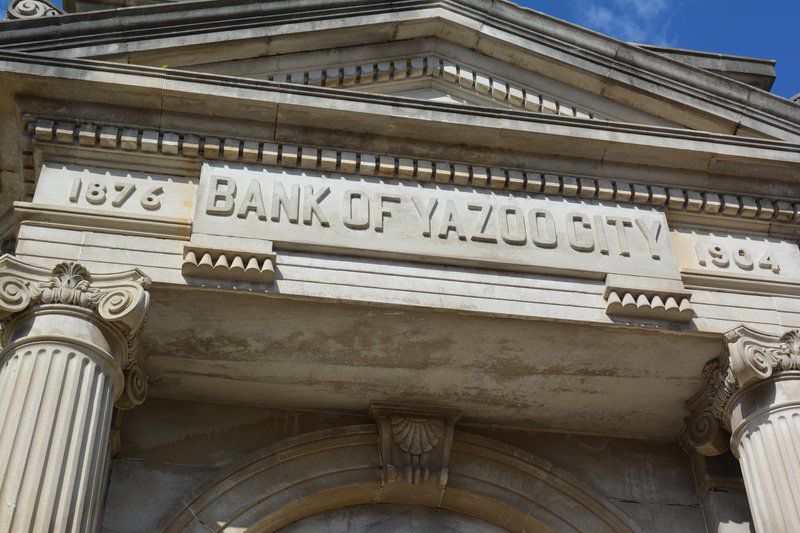 The Bank of Yazoo City building is among the interesting architecture found in the historic downtown. 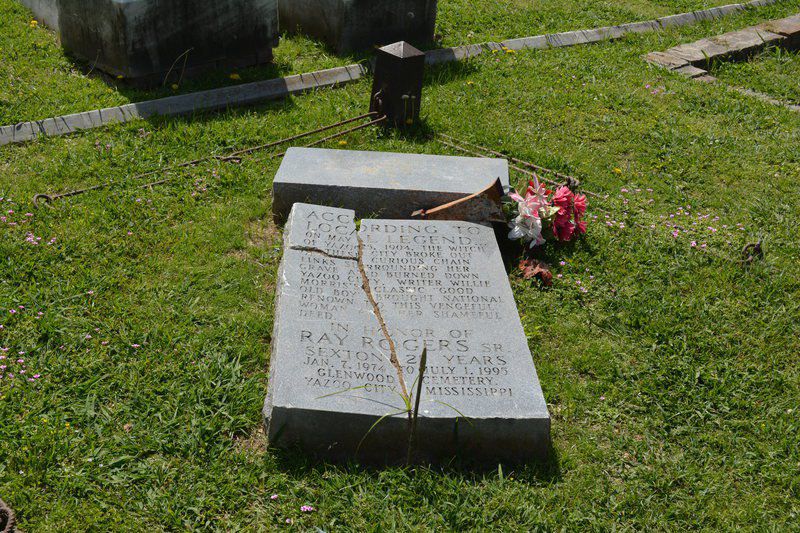 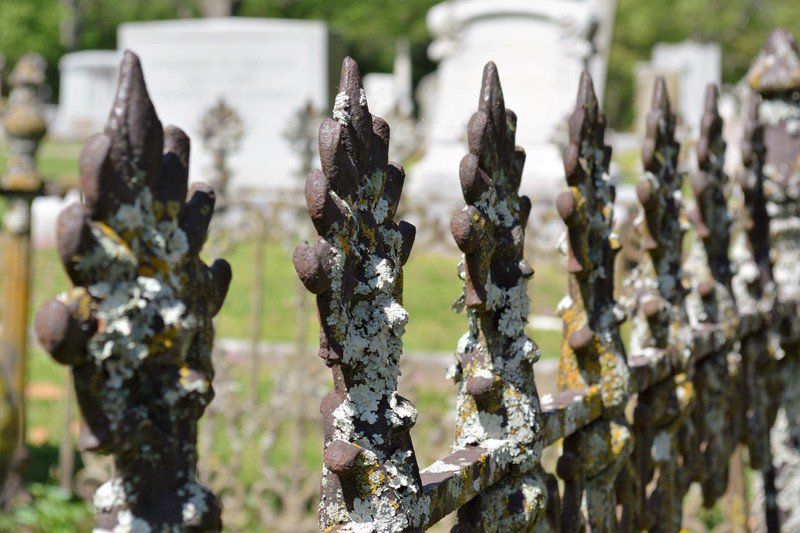 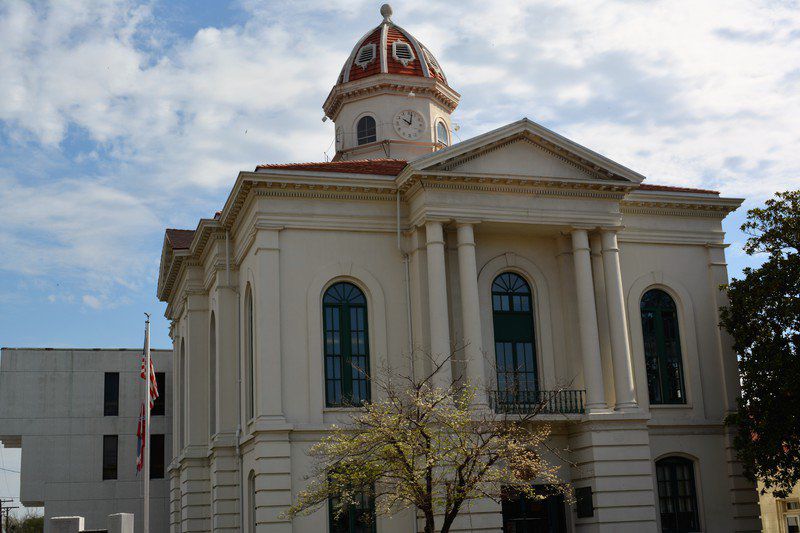 Quiet Sundays are a good time to stroll Yazoo City to check out the architecture. 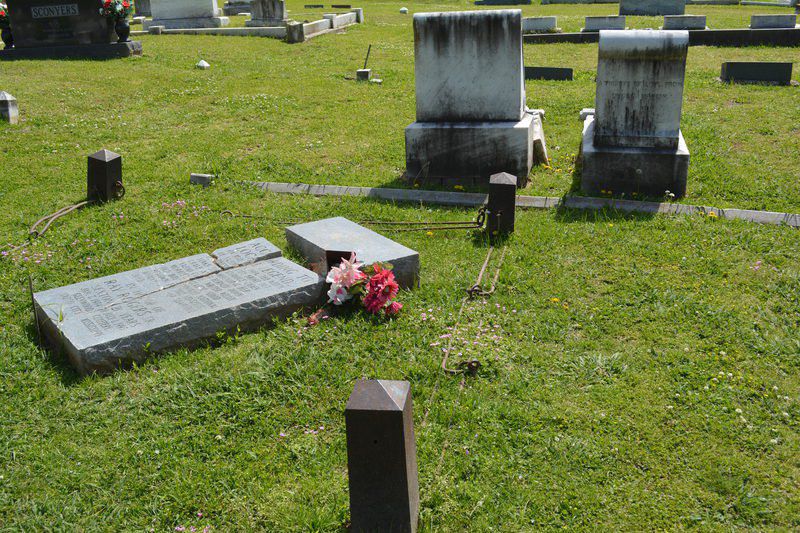 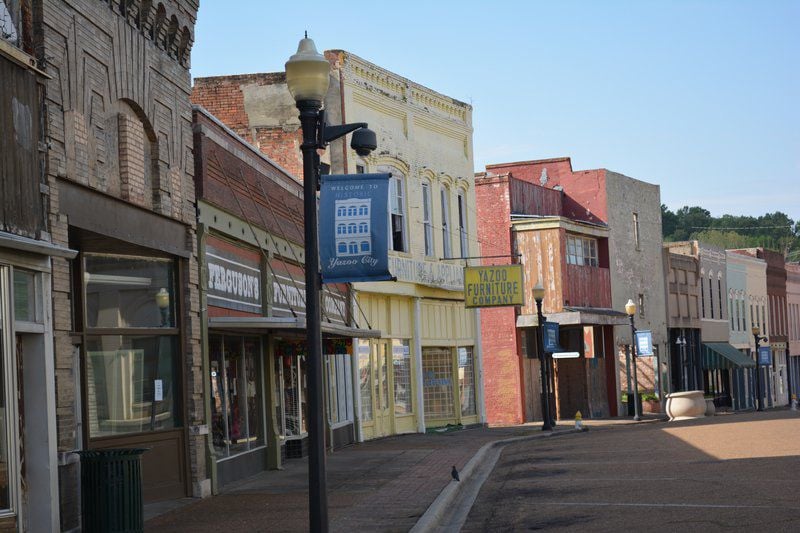 There are signs of spring all around us and even though the winter has not been long or cold signs of cabin fever may mean it is time for a longer day trip to one of the many amazing places that Mississippi has to offer.

Approximately two hours northwest of Meridian, nestled safe in the hills that meet the Delta, sits Yazoo City. The city is alive with history, and visitors will marvel at the beauty around them. As a destination, the city ranks high on the list of must do kind of things in the state.

The gorgeous drive makes the trip fly by. Highway 16, from Interstate 55 north of Jackson, will lead you most of the way to Yazoo City.  The fields should be that deep green that they are in spring, before all the dust settles on them and the sun has beat down on them.  The trees will be deep green, too.

As you enter Yazoo City, you will drive down a final hill and come into the heart of town and begin seeing old homes and buildings that seem to wait patiently to have their secrets discovered.

After you park and begin to stretch your legs, you will discover that the downtown is amazing.  The buildings are painted in a kaleidoscope of colors and stand tall as they watch years pass before them.  Early on a Sunday morning, you may have the entire area to yourself so that you can take your time and explore every nook and cranny and stand on the open-air stage or in the doorway of the original Bank of Yazoo City.

As you wander the empty downtown streets, keep in mind that at one time nearly the entire town burned to the ground, legend says, because of a witch. In the empty streets of an early Sunday morning this is one legend that is easy to believe, or entertain at least, and her grave is waiting for visitors to stop and pay their respects.

According to the legend, the old woman lived on the Yazoo River, and was caught torturing fishermen who she lured in off the river, the Visit Yazoo website states.  The sheriff is said to have chased her through the swamps where she was half drowned in quicksand by the time the sheriff caught up with her.  As she was sinking, she swore her revenge on Yazoo City and on the town’s people, according to the Visit Yazoo website.  “In 20 years, I will return and burn this town to the ground!”  No one thought much of it at the time.  Then came May 25, 1904…

The Fire of 1904 destroyed more than 200 residences and nearly every business in Yazoo City – 324 buildings in total.

Many theories evolved as to how the fire started, but none were conclusive. The most popular theory is that the fire started in the parlor of a young Miss Wise who was in preparation for her wedding to be held later that day.  While this is quite possible and certainly innocent enough, it is the strange and fierce winds that were blowing on that fateful day, unusual for the time, that led many to blame the witch.

The flames were said by witnesses to have jumped through the air, as if driven by some supernaturally forceful winds. This is one of the eeriest facts of the story. Area weather reports from May 25, 1904, make no mention of high winds in the area.

A group of citizens made their way into Glenwood on the day after the fire, and found the large chains around the grave of the witch broken in two. To this day, the heavy chains that surround the grave are having to be constantly repaired and the stone covering the grave has mysteriously cracked more than once.

Who can say if the curse is real? Who can say how you will feel gazing down at the cracked stone surrounded by iron?

What is known is that Yazoo City is has come back from epidemics, floods, tornadoes and yes witches to remain the gorgeous Gateway to the Delta. Yazoo City has mysteries left for you to unravel and beckons you to come and relax in the heart of the land of Delta Blues on your next Sunday Drive.

Search for Witch of Yazoo City leads to many dead ends

The journey, not the destination makes a good part of the story as columnist Gena Koelker de…

SUNDAY DRIVE: A glimpse at history traveling the backroads through Chunky

Life is busy and there are times when we forget to take stock of the things around us. Some…

SUNDAY DRIVES: Getting lost in time and finding Sciple's Mill

Writer/scientist Erol Ozan once said, “Some beautiful paths can't be discovered without get…

Sunday Drive: From countryside to history, Durant takes you back

Highway 19 North from Meridian is often traveled yet often unappreciated. The mix of landsc…

Nature is a very funny thing. There are times when the destructive power of nature is fast …

There are signs that we pass for days or years and never take notice. There are also places…

SUNDAY DRIVE: A pilgrimage to sacred ground at Nanih Waiya

Each day we are reminded in some small way that we are living in land that once saw an immense amount of bloodshed. We are surrounded by remi…

There are places that just seem to draw people to them. Places that man has frequented from the beginning of time until the present day. One …