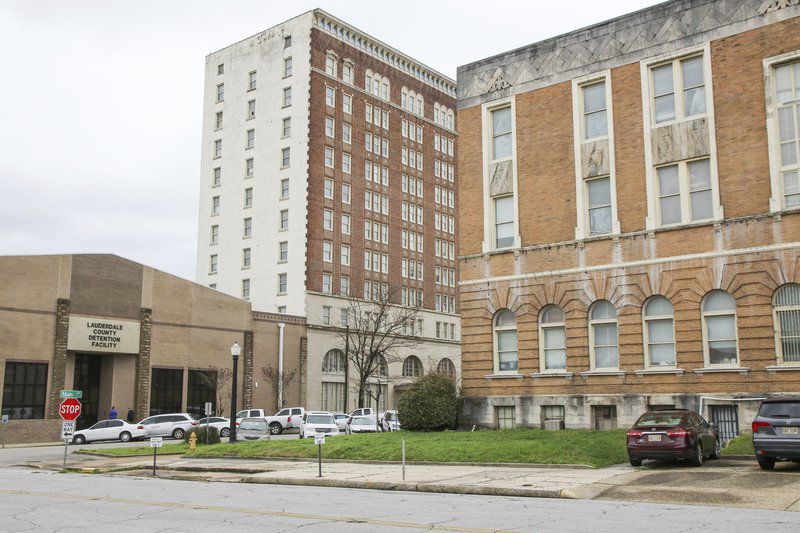 The Lauderdale County Detention Facility sits across the street from the county courthouse. 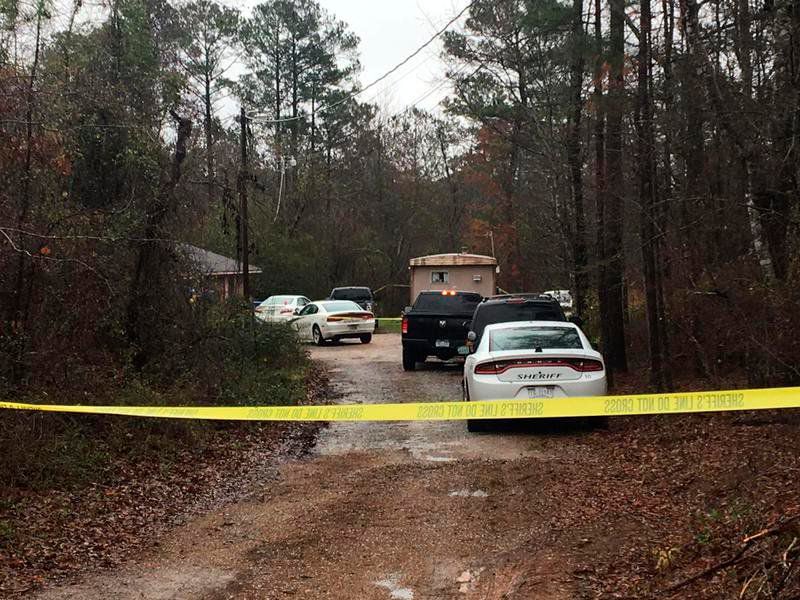 Authorities investigate the deaths of four people at a home in Toomsuba in February, 2017. A suspect in the case, Karon Deshawn McVay, has been in the Lauderdale County Detention Facility awaiting trial since the murders. 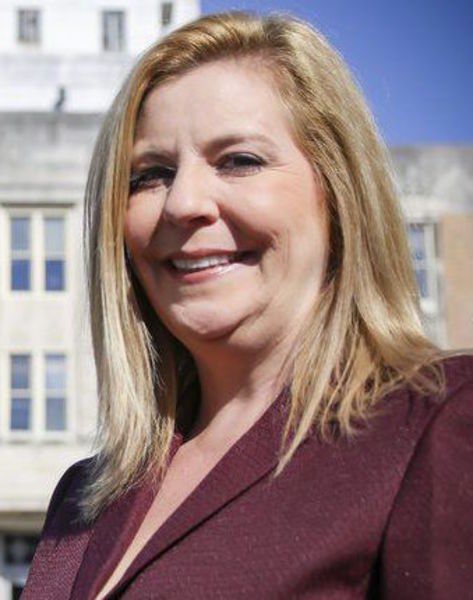 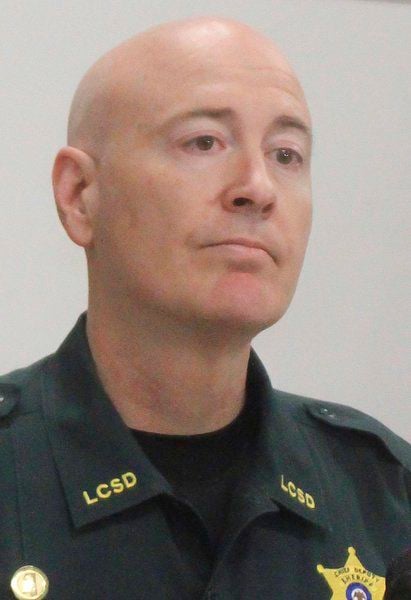 She would never again see her “Granny,” Edna Durr, her aunts Tomecca Pickett and Kiearra Durr or her little cousin, Owen Pickett.

An investigator found the victims – ranging in age from 5 to 65 – dead in their Toomsuba home in February 2017.

“It’s been very hurtful,” Gary said by phone. “Our glue is gone. We’ll never have that glue again.”

Jail records as of Jan. 13 and information from 10th Circuit District Attorney Kassie Coleman show McVay is one of five people who have been in the Lauderdale County Detention Facility awaiting trial since 2017.

One defendant has been incarcerated a year longer than that, and four people have been in the jail since 2018.

“Delayed Justice,” a February, 2018 investigation by The Meridian Star, examined the factors contributing to what can be a years-long wait for a trial date.

Reasons for delay included long waits for mental health evaluations in the Mississippi State Hospital in Whitfield and an understaffed state crime lab, which processes evidence and performs autopsies.

“The medical examiner thing just got out of hand, without a doubt,” Coleman said this January. “I can’t say that that didn’t get worse after that story.”

Coleman said all four autopsies in McVay's case are complete, but she is still awaiting two of the reports, which she needs to go to trial.

In September 2019, McVay's attorney filed a motion for a mental health evaluation, which awaits a ruling, Coleman said.

Those evaluations can take a year on average to get back, she said.

A message left with McVay's attorney was not returned.

Office of the Chief Medical Examiner

The Office of the Chief Medical Examiner, which is under the Mississippi Department of Public Safety, is co-located within and directly affiliated with the state crime lab.

For this report, The Meridian Star requested an interview with Chief Medical Examiner Dr. Mark LeVaughn.

A spokesperson for the public safety department said Dr. LeVaughn was unavailable, but the office provided answers to emailed questions.

The OCME conducts approximately 1,400 autopsies a year for all 82 counties in the state, an estimated average of 450-500 autopsies per pathologist, according to the information provided.

An office cannot be fully accredited if any forensic pathologist performs more than 325 autopsies a year, according to Dr. Sally Aiken, President of the National Association of Medical Examiners.

She said that data indicates that in 2019, 37 percent of forensic pathologists performed more than 250 autopsies per year.

Mississippi currently has three on-staff forensic pathologists and four on contract that help intermittently throughout the year to handle autopsies and complete reports, according to the OCME.

The office has an opening for a fourth physician, but would like to hire at least two more.

The OCME reported that its main challenge is having enough employees to meet the demands of the office.

The office said it employs a recruiting firm and recruits at all major forensic meetings.

According to records from Mississippi's state crime lab, staffing is at its lowest level since 2006 and funding is the lowest it's been in a decade.

A 2017 report by Mississippi Today shows that the lab had more than 3,000 reports older than 90 days that year, according to information provided by department director Sam Howell.

Records from the crime lab show that number is now up to 7,000.

“I tell folks up front, I say, ‘You get arrested for a felony drug charge, expect a possibility of six months’ wait just to find out from the crime lab what the drugs are,’” said Mark Chandlee, Lauderdale County's chief public defender.

A combination of factors

The longer a case goes on, the more difficult it is to prosecute, said Chief Deputy Ward Calhoun with the Lauderdale County Sheriff's Department.

“There are a combination of factors many times, but having to wait so long for the state crime lab to produce reports, specifically in homicide cases, that causes those victims’ families to have to endure a length of time they shouldn’t have to endure to have justice finally handed down."

“There are a combination of factors many times, but having to wait so long for the state crime lab to produce reports, specifically in homicide cases, that causes those victims’ families to have to endure a length of time they shouldn’t have to endure to have justice finally handed down,” Calhoun said.

According to records provided by Calhoun, the cost of housing inmates in the jail is approximately $84.73 per day per inmate.

One defendant who had been in the Lauderdale County Detention Facility for nearly four years, Marquez Green, was charged with murder.

The medical examiner who conducted the autopsy no longer lives in Mississippi, so Coleman had been awaiting a court ruling to determine if the physician could testify via video, Coleman said.

There were other factors impacting the case – two officers were unavailable to testify and a witness recanted a prior statement, according to Coleman.

Michael Reese has been in jail since 2018, charged with capital murder and arson stemming from a fire that killed his 84-year-old mother.

Coleman said her office does not have the autopsy report from that case and has subpoenaed the medical examiner's office for the March grand jury.

Of 17 homicides reported in Meridian or Lauderdale County in 2019, Coleman said she has received autopsy reports on only two of them.

Pay is a factor

“There’s a lot of people that can leave our crime lab and go just to Hoover, Alabama and have a 25 to 35 percent pay increase and a 50 percent caseload decrease,” Coleman said. “I get it that nobody wants to raise taxes, nobody wants to deal with those things, but you can't have a criminal justice system if you're not going to fund it.”

OUR VIEW: There is no savings in delayed justice

According to the Mississippi State Personnel Board, a forensic scientist trainee – the entry-level position – makes approximately $33,000 a year.

In Alabama, the entry-level position of “forensic scientist, associate” has an average salary of $48,000, according to the Alabama State Personnel Department.

The wait for results from the crime lab can impact the options public defenders have for their clients.

“If the state’s case is weaker based on these facts, I can get somebody a better deal. I can choose to go to trial,” Chandlee said. “The state might have to dismiss it, based on the facts, and sometimes that includes crime lab reports, whether it’s gunshot residue test or a drug screen.”

But sometimes, a slow process works in a defendant's favor, he said.

“Cases don’t tend to get better with time. All those factors make it harder for the state to obtain the conviction and we get better leverage. That’s the truth of the matter. I can’t say that I do that, but I’ve seen it used as a strategy.”

“Cases don’t tend to get better with time. All those factors make it harder for the state to obtain the conviction and we get better leverage. That’s the truth of the matter. I can’t say that I do that, but I’ve seen it used as a strategy.”

Even if the medical examiner's office was fully staffed, it would likely still take two to three years to bring a murder defendant to trial because the cases are complicated, Chandlee said.

"I don’t think anybody should want it to take any less," Chandlee said. "Just because they’re sitting in jail that long, doesn’t mean that it should not operate in that time frame.”

Turnover in the courtroom

Another factor that can slow down a case is turnover in the county's public defender office and the district attorney's office, which handles cases from Kemper, Lauderdale, Clarke and Wayne Counties.

Defendant Jason Clayton, who was booked in jail on murder charges four years ago, is on his third public defender, according to Chandlee.

There are three other attorneys in Chandlee's office, handling a caseload of a couple of hundred defendants at any time, he said.

As for Coleman's office, 11 people have rotated in and out of positions since 2014, when Coleman joined.

“I have a feeling in any public defender office in the state, you’ll have a certain amount of turnover and it’s one of the obstacles we just learn to deal with,” Chandlee said. “Even if they weren’t going to the DA’s office, it would still be something we were dealing with. They would go somewhere else anyway, probably.”

Chandlee said he would like to hire another full-time attorney, but the challenge may be finding someone to do it.

“Until they start paying public defenders $100,000 a year, there’s always going to be people looking for greener pastures," he said.

Coleman said her office has taken steps to keep the docket moving, like working to identify cases that truly need a trial and reviewing bonds for defendants at the start of every term.

“These cases that are two years or more older, we’re subpoenaing the (medical examiner) to come here. They’ve done the autopsy, I need the report, so their option is either to take another day out of whatever their schedule is and come here for grand jury, or to get me the report. And we’re having some success with that.”

Coleman said she knows the delays have a real impact on victims' families and defendants.

“I don’t think it’s that anybody at the crime lab is being lazy or doesn’t care, it’s just sheer workload.”

“I don’t think it’s that anybody at the crime lab is being lazy or doesn’t care, it’s just sheer workload,” Coleman said. “If you’re sitting over there pre-trial for three years, that’s not right either. You’ve not been convicted, but I’m not going to turn you back out on the street if you’ve killed four people.”

Hayleigh Gary has thought about what it might be like to face the man accused of killing her family, whenever that day comes.

“I don’t want to see him, but if it means getting justice, I’m ready to see him.”