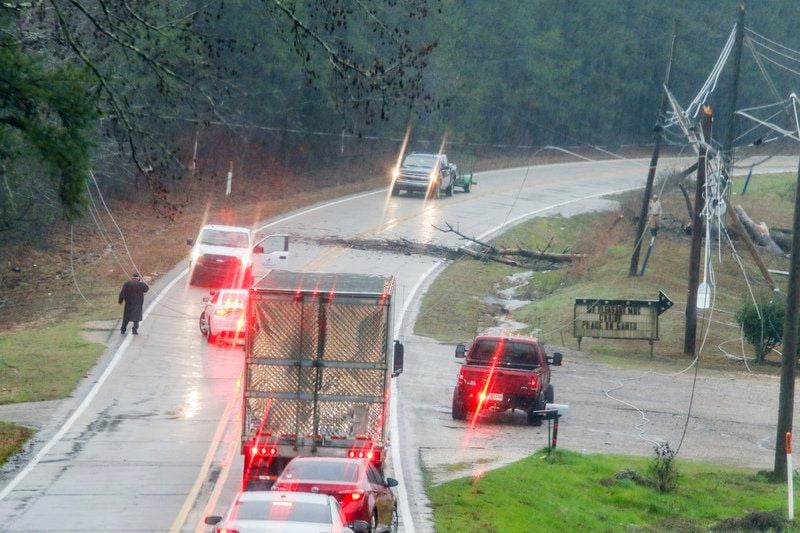 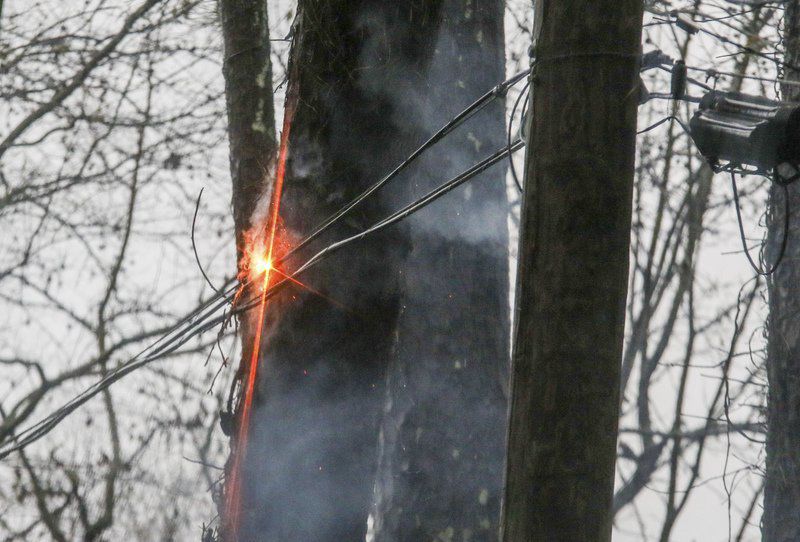 A tree rests on a powerline on Northwood Street in Meridian causing smoke and sparks.

The East Mississippi Electric Power Association and Mississippi Power reported that thousands were left without power following a severe storm system that swept across the Deep South on Saturday.

While Lauderdale County was spared severed damage, at the height of the storm around 2,800 outages were reported in the East Mississippi area, according to EMEPA director of marketing and communication Julie Boles.

"We have all our personnel out and working," Boles said at 4 p.m.. "We should have all power fully restored before midnight."

Around 950 customers were affected in Lauderdale County.

“Current trouble in Meridian and the surrounding areas will be restored by 8 p.m.,” said Chris Vignes, Mississippi Power spokesperson. “We have a lot of people on the job and restoration is moving quickly.”

Both EMEPA and Mississippi Power customers can find more detailed information on the companies’ websites under the “Outages” tab.

At least 824 of these customers were from the Lauderdale County area.

There were a total of 39,000 power outages across Mississippi, according to the Associated Press.

The AP also reports that there have been nine total deaths across the South due to the storm.

"Storm-related fatalities were reported in icy weather in Texas, a tornado in Alabama, and winds so strong in Louisiana that they toppled trees and lifted a trailer home off its foundation and carried it several hundred feet," according to the AP.

Of the deaths, two were first responders who were struck by a vehicle as they were responding to an accident amid icy weather conditions in Texas.

Storms sweep southern US, Midwest as death toll rises to 11

HOUSTON (AP) — Severe storms sweeping across southern portions of the U.S. and up into the Midwest were blamed Saturday in the deaths of at le…