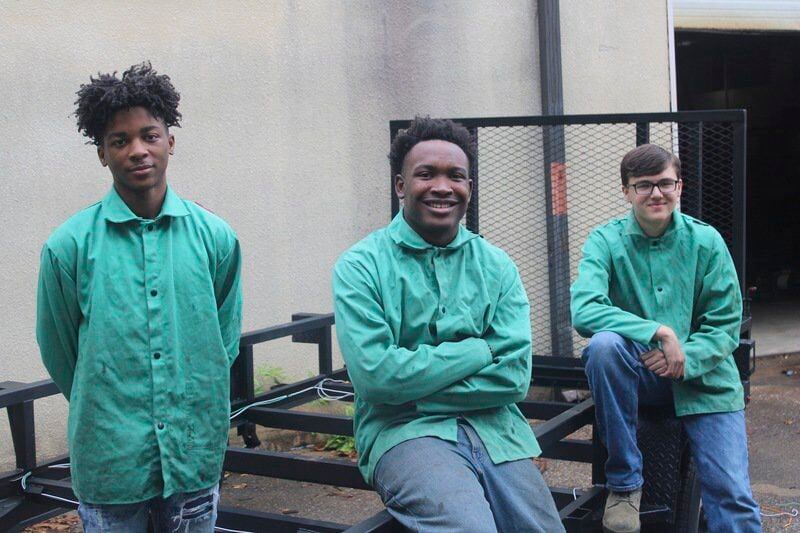 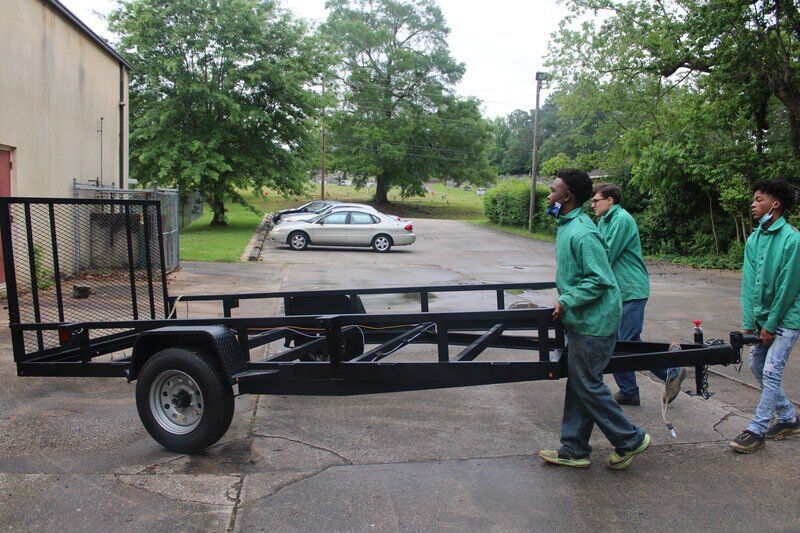 Ross Collins students carry the tow trailer to a shed.

Marcus Matthews was pleasantly surprised when he looked at the tow trailer he built with his friends.

“I didn’t think it would go this well, for us being the first-year class,” said Matthews, a student at Ross Collins Career and Technical Center in Meridian. “I thought the second-year class would be building this trailer.”

The class of rookie welders spent about three weeks transforming scraps of metal into a tow trailer, working on different parts of the trailer before putting it together.

“Normally we would just be welding in a straight line," he said. "But now, we've got to actually know how to weld in different spots."

MHS sophomore Paul Craft said building the trailer was confusing at first because each part had to be precisely measured.

“It was challenging because there were certain angles you had to weld that we'd never  done before," Craft said. "But when it was done, it looked like a trailer.”

Craft's classmate, Trey Tucker, was also pleased at how the trailer turned out.

“It turned out a whole lot better than I thought it would," he said. "I thought it was going to be crooked and sideways.”

“There was a lot of learning that took place with this project,” he said. “That's what this is all about – the kids being able to apply what they learned."