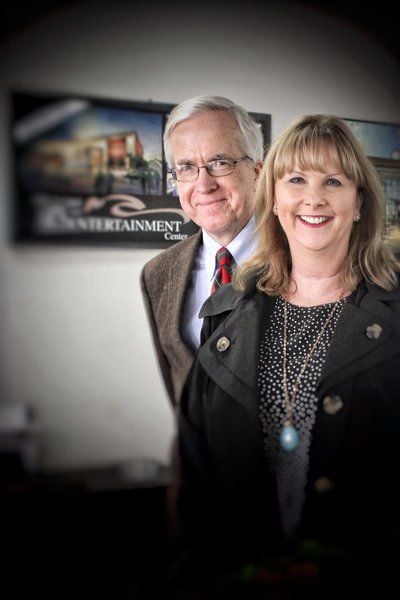 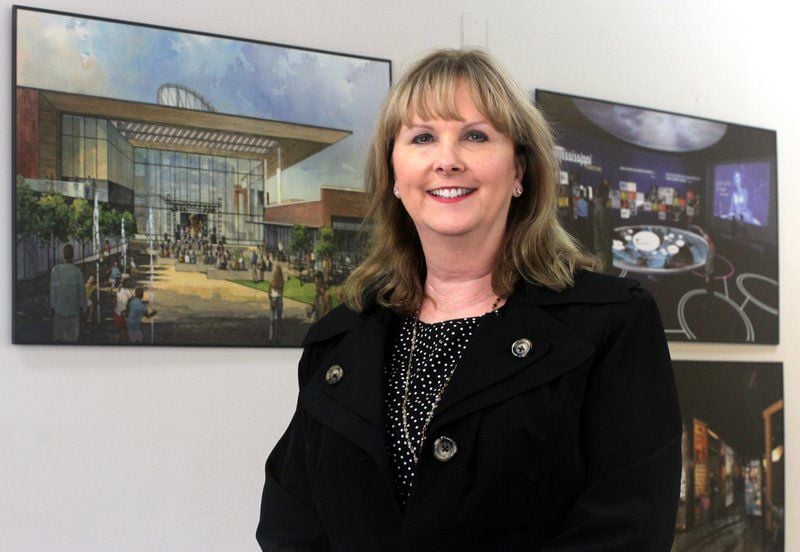 Becky Farley is executive director of the Riley Foundation. 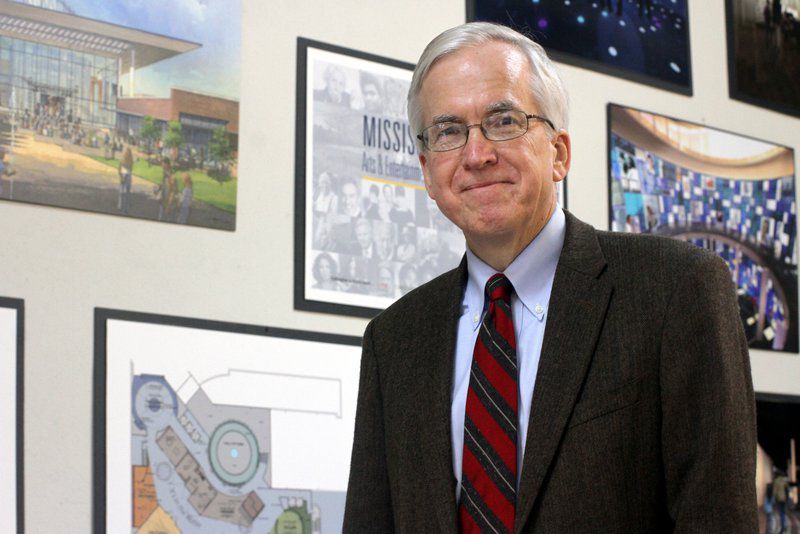 Lloyd Gray is executive director of the Phil Hardin Foundation.

Becky Farley is executive director of the Riley Foundation.

Lloyd Gray is executive director of the Phil Hardin Foundation.

As host to two philanthropic foundations set up to provide a better quality of life, citizens of Meridian and Lauderdale County are rich in philanthropic resources.

The goals of both the Riley Foundation and Phil Hardin Foundation are to improve living conditions in and around Meridian and Lauderdale County.

The Riley Foundation’s service to the region began in 1930, but was chartered in 1998. It is named after Dr. Franklin Gail Riley, the first residency-trained pediatrician in Mississippi, and a founding member of both the American Board of Pediatrics and the American Academy of Pediatrics. Riley created a 12-bed children’s and maternity hospital, which was the first of its type in the state. It focused on the health care needs of children and specialized women’s needs.

In 1938, Dr. Riley converted the early facility to a nonprofit, charitable hospital that was chartered by the state as “The Riley Hospital and Benevolent Association” and known as F.G. Riley Memorial Hospital. The hospital’s charter stipulated “that all income from said hospital and nurses home shall be used entirely for the purposes thereof and no part of same shall be used for profit nor insure in whole or in part to the benefit of stockholders.”

In the mid-1950s, Dr. Riley’s sons, William G. and Richard F., who had become physicians in the 1940s, returned to Meridian to begin their practices. Richard and Billy, along with their two friends on the hospital board, Al Rosenbaum and Robert B. Deen Jr., assumed leadership as the executive committee of the hospital. Rosenbaum was CFO and Deen Vice President and General Counsel. Deen, 91, is the lone surviving founding executive committee member.

In 1998, the hospital’s executive committee and board of directors sold the property’s assets to Health Management Associates of Naples, Fla., for $59 million and provided the seed money, or capital, for the Riley Foundation’s 716 grants to date.

“The vision of the Riley Foundation was, and still is, to make Lauderdale County a better place to live,” Deen said. “That includes in the arts, education and health care and improve the overall quality of life. Since the sale of the hospital, we have awarded over $62 million in grants.”

“Dr. Portera told us he had a vision of renovating the old Opera House. He came to the board meeting and told us his vision to restore and renovate the building for an educational conference facility,” Deen said. “The Riley Foundation gave $10 million to Mississippi State to renovate the building.”

The foundation’s current assets are worth $69 million. There are no individual donors as the foundation is self-sustaining.

“We give 5 percent, or $3.5 million out per year. All that goes to improve quality of life in Lauderdale County,” Davidson said. “In my opinion, to have a venue like the Riley Center is the best thing to ever happen in Meridian. Not only through entertainment did the Riley Foundation improve quality of life, but another way was to give $37 million to MSU for the MSU-Meridian downtown campus. It is four buildings, or an entire block on Fifth Street and 22nd Avenue. This enabled students to get a four-year education here without ever leaving Meridian after going to Meridian Community College for two years.

The Riley Foundation awarded $4 million to the Mississippi Arts & Entertainment Experience for building and operations and $3.7 million to Meridian Community College for renovations to its Workforce Development Facility.

“The Riley Center, MSU-Meridian, Mississippi Arts & Entertainment and MCC’s Workforce Development are where the bulk of the $62 million has gone from 1998-2016,” Davidson added.

Deen said other local organizations profit in some way from the Riley Foundation.

“We gave a significant amount of funds to start Hope Village for Children,” Farley said. “We also give to Care Lodge Domestic Shelter.”

Davidson is the third generation owner of Southern Pipe & Supply, a business his son now runs.

“From my standpoint, we have been successful as a company because of people in Meridian,” Davidson said. “At this stage of my life, I wanted to give back to the community which has been so good to me and my family.”

Deen said his involvement with the foundation also filled an inner need.

Farley said she is more than satisfied from her efforts with the foundation.

“As a citizen of Meridian, I think we all need to do what we can to make it a better place to live for our children and grandchildren,” Farley said. “The Riley Foundation has done that in numerous ways.”

“We’re reluctant to liquidate any stock because we want to continue to give $3.5 million a year to the city and county,” Davidson said. “We started with $60 million and now have more than when we started as a result of not liquidating the stock. That is the big difference between this foundation and most because we’re able to make significant grants. Hopefully we’ve made significant grants that have made a difference. That is what we hope.”

Deen said awarding grants is the biggest challenge for him.

The Phil Hardin Foundation was created in 1964 by Phil Hardin, owner of Hardin’s Bakeries of Meridian, who also owned bakeries in Jackson, Columbus and Tupelo. He died in 1972.

“He started thinking about what to do with his wealth he accumulated,” Phil Hardin Foundation Executive Director Lloyd Gray said. “He read about some foundation and in 1964, he worked with his attorney to set up the foundation, which the basic mission was to improve education of Mississippians.

“We are an educational foundation. We fund educational programs and initiatives at all levels throughout the state. We have a particular emphasis on Meridian and Lauderdale County and on improving student achievement and opportunities statewide for pre-K through 12th grade students.”

“In all, Mr. Hardin’s money from the beginning remains so to this day,” Gray said. “We have a little more than $50 million in assets. We’re a private foundation so we don’t receive donations. We invest portions of the earnings, which is usually around $2 million per year, in grants.”

The Hardin Foundation, along with the Riley Foundation, recently provided the required local matching funds for the partnership between Meridian Public Schools, MSU-Meridian and the Kennedy Center for the Performing Arts in Washington, D.C., for the “Any Given Child” arts integration program in the schools.

“We have ongoing programs and new iniitiatives about every year,” Gray said. “We have helped fund the libraries at the MSU-Meridian campus at College Park and downtown location. We have funded the Phil Hardin Honors College, and the Best Early Education Program (BEEP) through Meridian Community College. Last year we funded major technology upgrades for computer labs at LCSD. We had programs of all sorts in Meridian Schools that helped with teacher development and retention.”

The Hardin Foundation was a major benefactor in 2016 to the proposed Mississippi Children’s Museum-Meridian project by pledging $3 million.

“The biggest commitment over a 10-year period was to the Children’s Museum which we consider a major initiative for the community,” Gray said. “A lot of our major grants like that we spread out over several years.”

Gray takes pride in saying the Hardin Foundation was the first private sector contributor to the Mississippi Arts & Entertainment Experience, which was a $3 million contribution. The facility is under construction on Front Street and 22nd Avenue. The facility is projected to be finished in the fall of 2017 and open in early 2018.

The foundation gave $450,000 over three years to the Early Childhood Education Center at Ole Miss and $500,000 to the Eudora Welty Chair for Southern Literature at Millsaps College in Jackson. The foundation is also funding programs at Mississippi State and Blue Mountain College.

“We support programs outside Meridian-Lauderdale County that have the potential to have a widespread impact, such as the Mississippi Campaign for Grade-Level Reading. We are the lead funder for a small grants fund for communities across Mississippi that will be established this year as part of that campaign,” Gray said. “We will continue to look for innovative programs and initiatives to support, preferably in collaboration with multiple partners.”

The foundation is governed by a seven-member board of directors, all of whom live in Meridian. The foundation’s president is Robert Ward, while Robert B. Deen Jr. is senior vice president. The Board of Directors also include Vice President of Investments Marty Davidson, Secretary Ronnie Walton, Jim McGinnis and Kacey Bailey.

Goals for the foundation in 2017 include assisting MSU-Meridian to acquire a Phi Beta Kappa Chapter, work with Meridian Public Schools and MSU-Meridian to integrate the arts in Meridian public schools. MSU-Meridian and local public schools have joined with the JFK Center for the Performing Arts in D.C. toward that end. The goal is to use arts so students can have a better understanding of science or history.

“Using the arts like that helps kids learn if they can’t learn any other way,” Gray said. “We’re working on a plan to develop that.”

Gray said his job is to connect people with donors.

“My job is to build relationships and solicit proposals and make recommendations to the board for approval of grants,” Gray said. “My job is to learn about people who come to the Hardin Foundation and keep tabs on how they’re doing.”

Gray said there are endless opportunities.

“We hope we’ll have a lot of exciting, new programs in 2017. There is a never-ending need for innovation and improvement in education in Meridian and this community,” Gray said. “We don’t think there will be a shortage of requests this year. With just so much money to go around, the only difficulty is determining which programs are more likely to produce the best results.

“This is not a high pressure job. It’s challenging and interesting. I’ve enjoyed getting out and meeting people in the state on behalf of the kids,” Gray said. “The great joy of this job is seeing people who care about kids and the future of this community and state in trying to help them get their work done is exciting and gratifying.”

Arrangements were incomplete at Berry & Gardner Funeral Home for Mr. Stanley Crowell, 45, of Meridian, who died Saturday, May 8, 2021, at his residence.