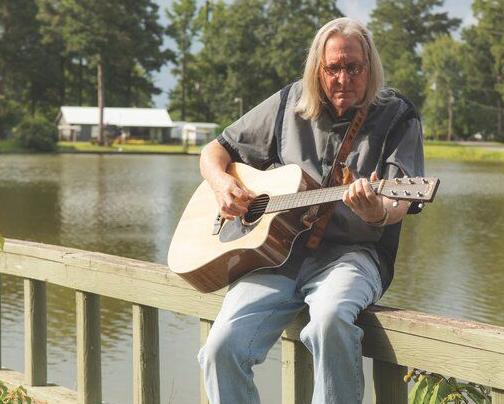 “There is something about creating and using your mind and just staying busy. Maybe try painting or drawing – something like that. It can occupy your time and with practice you really do get better.” Steve Westbrook, singer/songwriter 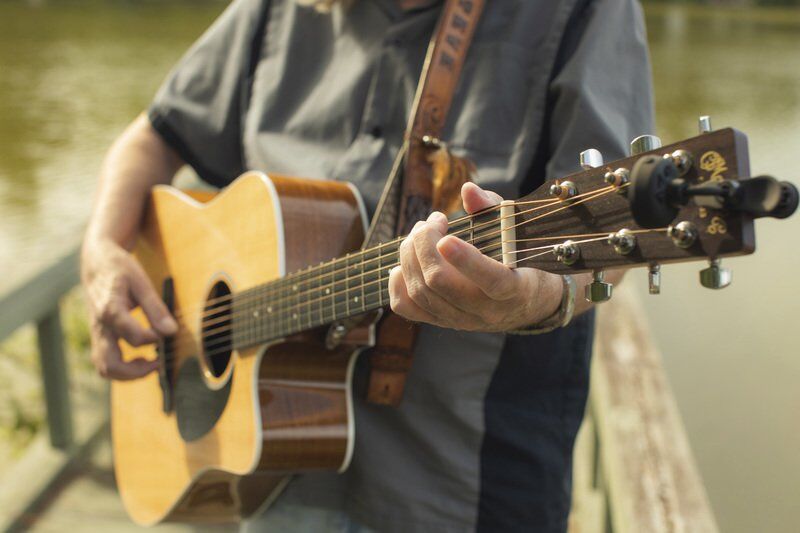 Songwriter Steve Westbrook never sits down with the goal of writing a song.

Instead, he says the songs come to him in a way that is tough to explain.

“To me, it’s like a gift from God when a song comes,” he said. “Sometimes while I practice, some phrases or words will come to me. I may not write the full song then, or even know what I have is a song. But then later I may play a bit more and more lines will come. Eventually, it will develop into a song. It can happen over two or three days and other times, it may take me years to complete. It’s a process and I have learned not to rush it. It really does feel like a gift from God and that can’t be rushed.”

Westbrook, who describes his style as a mix of folk rock and Americana, started playing guitar in his early 20s, performing at private cookouts and bars. But when he shifted from being a carpenter to teaching art at Meridian High School, he decided to stop playing at bars.

“They didn’t really like for you to do that kind of thing if you were teaching,” said Westbrook, who taught for about 17 years and retired in 2014. “At least, that was how I felt about it.”

After years away, Westbrook had to overcome some stage fright when returning to live performances.

“I used to have really bad performance anxiety,” he said. “It doesn’t come to me naturally – not the way writing songs does. It took me a few times to realize I could do this and could truly have fun with it.”

Westbrook performs at and helps to run open mic nights at News Restaurant on Thursdays. The events run from 6:30 p.m. to 9:30 p.m. and draw both rookie and experienced performers.

“I understand when people are nervous,” he said. “Because I’ve had that experience, I’m pretty understanding. We try to help people to get comfortable. We find that the more someone does it, the more comfortable they get.”

He said he looks forward to the open mic nights, as well as a number of charity benefits he and friends have done to help raise money for people going through tough times.

“Those are rewarding because people really appreciate it and you also get to have a lot of fun,” he said.

The 65-year-old said he wants to do more to market his CDs. He isn’t necessarily interested in traveling widely to play his music, and prefers to stick closer to home.

“I’m really happy doing what I am doing right now,” he said.

His songs are designed to be relatable to most people. One song he especially likes is about the experience of Déjà vu. There are references in his writing to church and grandfathers and nature, too.

“I try not to write the stereotypical stuff – about drinking beer and pickup trucks. I like to be a little different than the mainstream,” he said.

Westbrook said he can’t imagine being retired and not both writing and playing music.

The former teacher also bikes regularly and recently lost about 35 pounds by improving his diet and exercising.

He said he also would like to set up an area where he can paint and create pottery – something he stopped doing when he left Meridian High School.

He said he would encourage others to try to create – even if they aren’t necessarily good at it.

“There is something about creating and using your mind and just staying busy,” he said. “Maybe try painting or drawing – something like that. It can occupy your time and with practice you really do get better.”