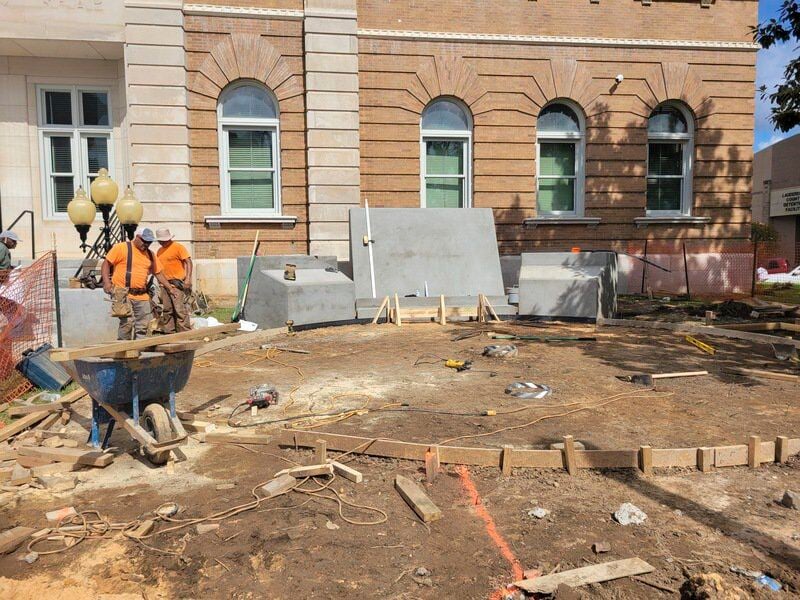 Workers with J&J Contractors of Collinsville set up wooden forms at the Veterans Memorial outside the Lauderdale County Courthouse last Wednesday. 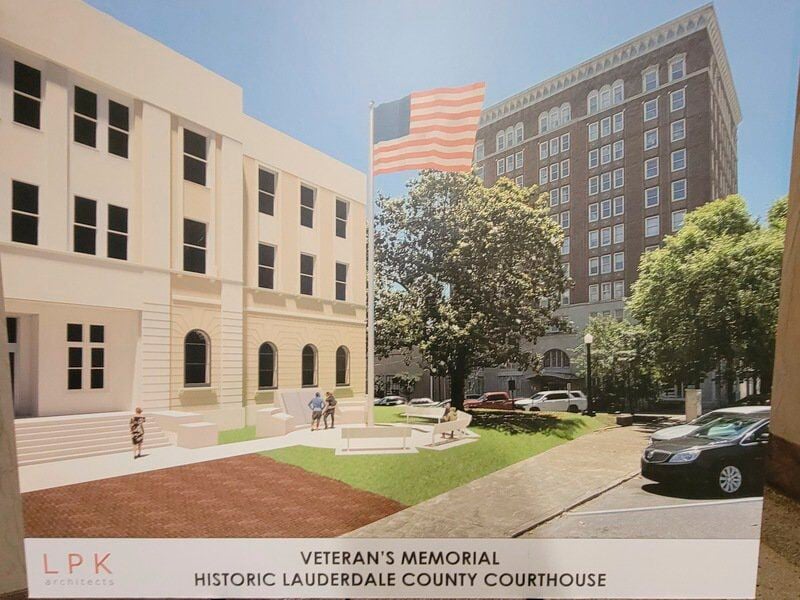 A digital model of the future Veterans Memorial at the Lauderdale County Courthouse.

Work is progressing on a new veterans memorial in front of the Lauderdale County Courthouse as part of an ongoing restoration and rehabilitation effort for the aged building.

Bob Luke of LPK Architects, which is in charge of the restoration efforts, said the memorial will include a full-size flag pole and benches to allow the space to serve as both a monument to servicemembers and a gathering place.

The memorial is part of a renovation project funded through a grant from the Mississippi Department of Archives and History. MDAH grant funds were also used to replace old windows and redesign the entryways to the courthouse to be more accessible to residents with disabilities.

Included in the project are the original monument plaques that previously stood in front of the courthouse. The plaques, which have been fully cleaned and restored, will be installed on concrete pillars in the new memorial when complete.

Additional restoration projects at the courthouse are also being considered, including removing the old jail from the roof, bringing the building into compliance with the Americans with Disabilities Act and addressing potential health and safety issues.