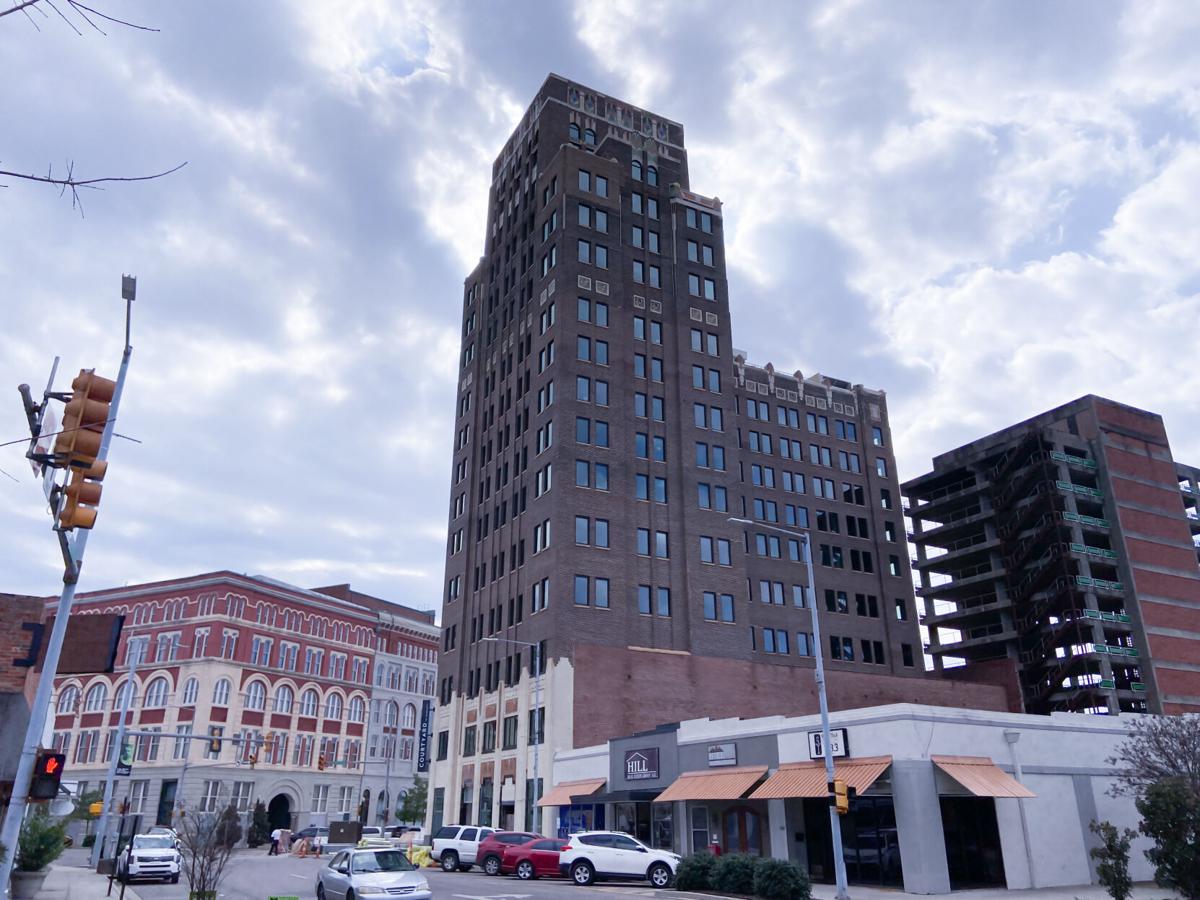 Contractors have spent a few years renovating the Threefoot Building so it can serve as a Courtyard by Marriott hotel. 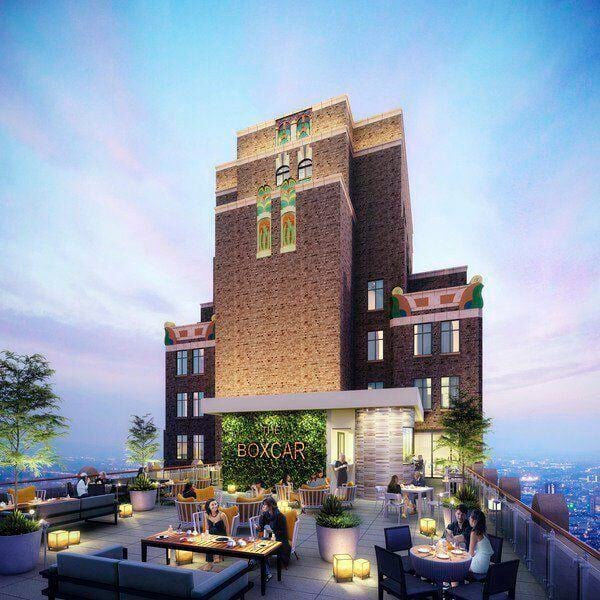 A rendering of the rooftop bar at The Threefoot Building.

Architect John Campo is ecstatic about the opening of the Threefoot Building, which is expected to take place in May.

Campo, who is the architect for the project, has seen other towns be revitalized. He said projects such as the Threefoot Building project and Progressive Pipeline’s move downtown have a catalytic effect.

“It spawns the redevelopment of the rest of the city,” he said.

Contractors have spent a few years renovating the Threefoot Building so it can serve as a Courtyard by Marriott hotel. Campo said the project is preserving a lot of the historic aspects of the hotel, such as the elevator doors on the ground floor.

The Art Deco building has dominated Meridian’s skyline since the 1930s. The Threefoot family, who were immigrants from Germany, constructed the building to house and operate the Threefoot Brothers Wholesale Company. It also housed Threefoot Realty and a number of smaller businesses, along with doctor’s and business offices during the 1940s-1960s.

The Great Depression put the Threefoot store out of business, but the building continued in operation under various owners. By the 1990s, the shift in development from downtown to suburban areas left it mostly vacant. Several redevelopment plans over the years fell through.

John Tampa, president of Ascent Hospitality, took possession of the property in January 2016. The renovations began in December 2017.

In early February, Campo estimated that the project was about 85% complete. Much work has been done on the guest rooms, and all of the windows have been replaced. More work needs to be done on the ground floor, which will feature a restaurant, Campo said.

The hotel will also have a rooftop bar. The bar will have both an enclosed space with air conditioning and an outdoor space. The bar will serve pizza made from a pizza oven.

Inside the building, there will be a variety of guest room types. Campo estimated that the hotel has 12 to 15 room types.

“You could go to this hotel a dozen times and have a different experience every time,” he said.

Campo predicted that the Threefoot Building project and Progressive Pipeline’s move downtown will help Meridian become a more vibrant place to live, work, recreate and go to school — since Mississippi State University has a branch downtown.

Campo has seen in other cities that once people start living and working in downtown areas, they create a demand for goods and services. He predicts that more businesses will be established downtown.

“Once people start living and working in that area … you’re going to see restaurants and galleries and brew pubs, nighttime live entertainment,” he said.