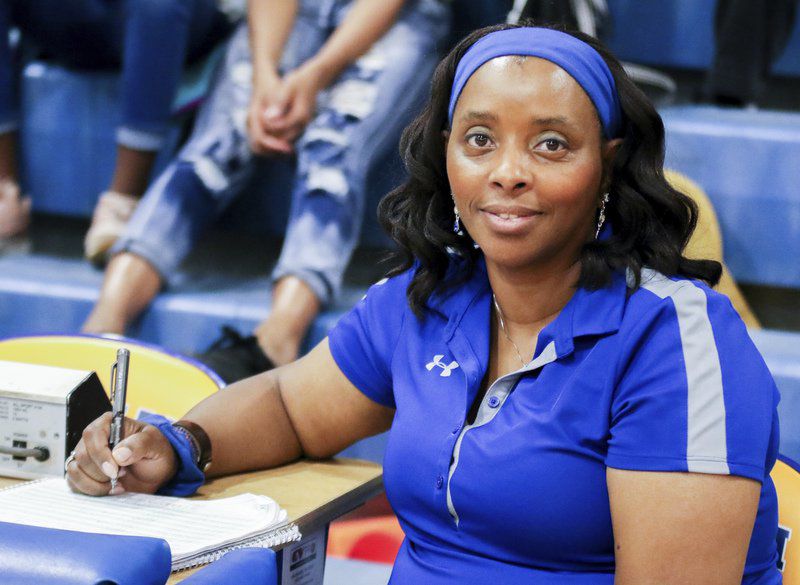 Holli Smith has been keeping the books for the Meridian High School girls basketball team for the last nine years. 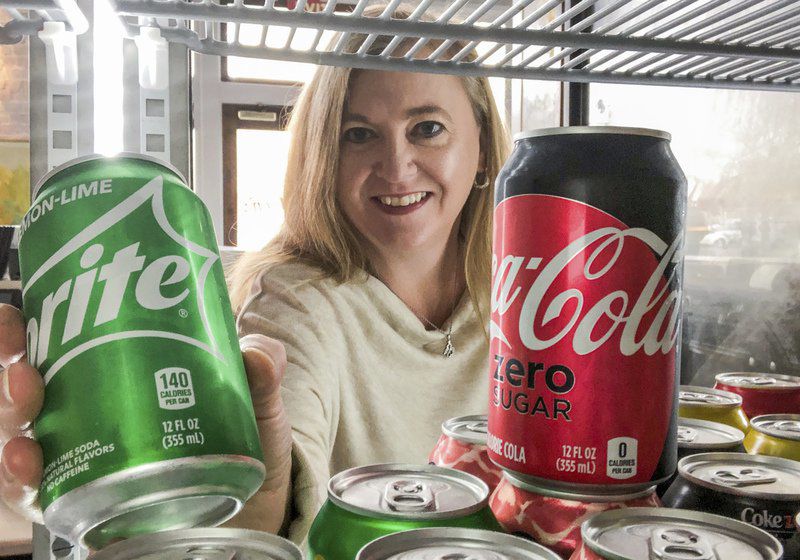 Pamela Harrison has fully immersed herself in the athletics boosters and concessions at Clarkdale High School. 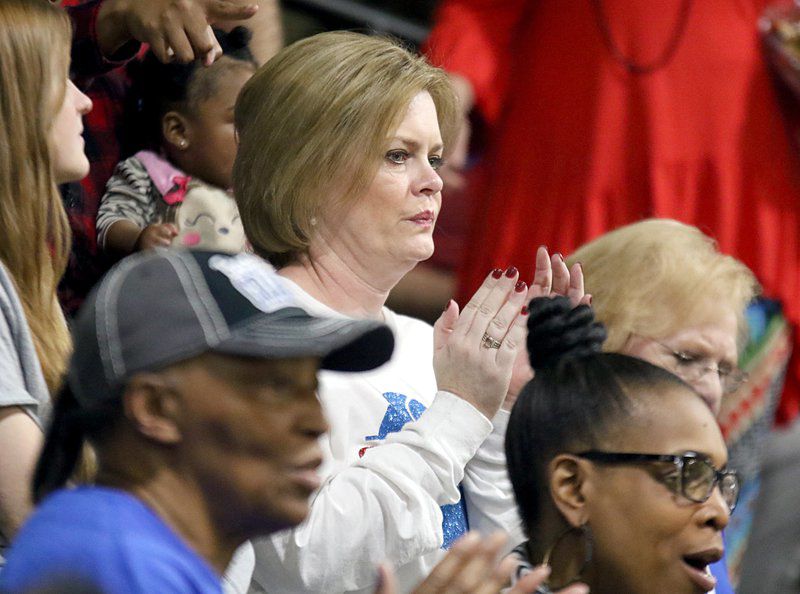 Donna Sprayberry has been helping students on the Southeast Lauderdale High boys basketball stay on track for almost a decade.

During Thanksgiving week, The Meridian Star is featuring volunteers in the community. This is one of a series.

This player transferred to the school from out of state with struggling grades, and ended up tearing both of his ACLs while a member of the Tigers.

He graduated from the school, however, and last week completed Basic Combat Training with the U.S. Army.

In the text to Sprayberry, he thanked her for everything she did for him while at Southeast, and ended the message saying he loved her.

For almost a decade, Sprayberry has been helping students on the Southeast boys basketball team improve their grades, graduate high school and prepare them for success beyond the court.

With her own children all grown up and gone from home, dozens of students have become part of her family.

“These kids are kind of like my surrogate kids,” she said. “That’s what I enjoy, that’s what makes me happy, is helping kids.”

Her venture began when Tigers head coach Centel Truman took over the basketball program. In a conversation Sprayberry said she had with him one day, he expressed his desire to ensure all of his players graduated.

“I said, ‘Well, I can help you with that,’” Sprayberry said. “And it’s developed over time into this system that we’ve got now to where I make sure they understand what’s expected of them in the classroom.”

Truman and Sprayberry formed what she calls a “system of accountability.” As part of this method, she said there are no excuses for missing work or failing marks.

At the same time, she checks students’ grades periodically, and arranges tutoring for students that need it.

She said her system helps parents, especially single parents, knowing that someone is keeping an eye on their child’s grades and is helping them excel. Since she started, she said every boys basketball player has graduated, and her influence has spread throughout the high school and even into the middle schools.

As Southeast’s librarian, Sprayberry can be a presence for her students during the day.

Sprayberry doesn’t only support the boys basketball team in the classroom, however. Coming from a basketball family, she attends both home and away games, and rarely misses one.

While watching the girls team take on host West Lauderdale earlier this month, Sprayberry left her seat almost smack dab in the middle of the stands. She walked out of the gymnasium, and returned a few minutes later with two Powerades, handing one off to Tigers senior basketball player Travis Moore on her way back to her seat.

Before heading back to the locker room after his victory, Truman met Sprayberry for a hug.

“We don’t do it for the accolades,” she said. “We do it to teach them how to endure and overcome adversity. Basketball is, for most of them, a short lived thing. But what they learn while they are with us helps them their entire life.”

Holli Smith also goes to home and away games, for the Meridian High School girls basketball team. For both occasions, she is equipped with pencil and paper, and has a job to do few others can match in experience.

Smith began scorekeeping the Lady Wildcats’ contests when her daughter started playing for them. Nine years later, she’s still with the program.

She just can’t be pulled away.

“When she graduated, I was like, ‘Well, I’m done,’” she said. “But the next year, coach (Patricia) Wilson said, ‘You’re still traveling with us, right?’”

Smith has journeyed all over the state, keeping track of stats for some of Meridian’s all-time players. She has tracked teams that have made deep runs into the playoffs, and others that have won only seven games in a season.

“It’s been a roller coaster,” she said. “There were times when coach Wilson’s team was struggling, then we had those awesome years where the girls were at the top. Then we kind of fell off again, and now with Coach (Deneshia) Faulkner, we’re back at the top again. It’s been a ride.”

Through her tenure as the girls’ bookkeeper, She’s become well-known in various gyms. She said bookkeepers of opposing teams have asked her to sit at the scorers table with them to be able to compare marks and stay accurate. Officials can also rest assured when they see her.

“A lot of the referees, because I’ve been doing it so long, they know my face when they see me,” she said. “And they’re like, ‘She knows what she’s doing.’ It’s an awesome feeling.”

What Smith said she’s enjoyed most about her role on the team is seeing how basketball has become an outlet for players to mature in life.

As a data processor for Meridian Public Schools, Smith said she sometimes needs to leave her job early to catch the team bus for a road game. Her coworkers understand.

Giving the team a boost

As a stay-at-home mom, Pamela Harrison has fully immersed herself in the athletics boosters and concessions at Clarkdale High School.

With a low number of participants in basketball, Jeff Davis, head coach of the girls team, asked Harrison to become part of the program five years ago, since her oldest daughter played for him.

Since then, she has handled money for the boosters, and is involved in all the responsibilities of the concessions.

“I enjoy that I can be there and do stuff for the kids,” Harrison said. “I just enjoy supporting them.”

While it is intended to be run by at least three people, Clarkdale’s snack bar has become a one-woman department.

With her availability during the day, Harrison orders items and ensures the stand is stocked for basketball games. She even assists the middle schools.

She is also in charge of scheduling others to work concessions during events, and when they’re unavailable, she steps in.

“I have to make sure someone’s there to cook, make sure there’s enough food, and that parents are there to work,” she said. “And when they’re not there, I work.”

OUR VIEW: When things seem bleak, think about the givers

We were dismayed and saddened at The Meridian Star this week to learn of two terrible events.