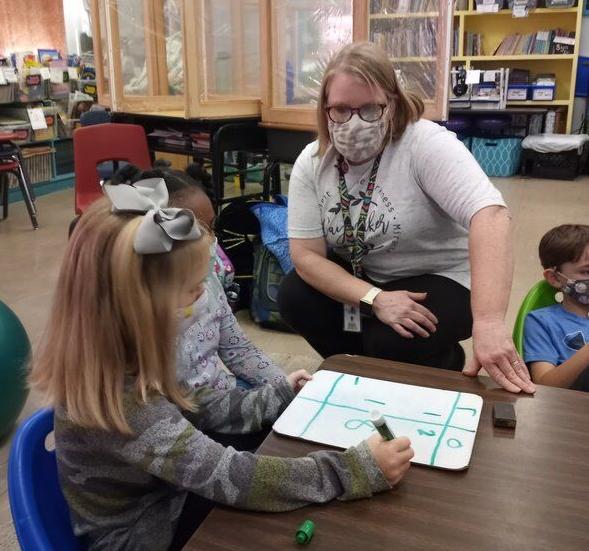 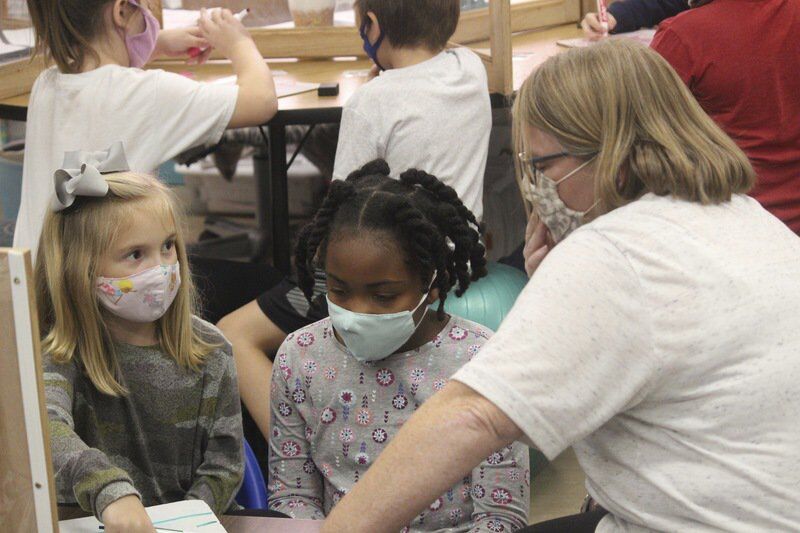 PHILADELPHIA — Growing up in Neshoba County, Angie Coward wasn't sure what she wanted to do with her life.

Coward, a second-grade teacher at Neshoba Central Elementary was named the Golden Apple Teacher for November. The veteran educator has spent most of her career teaching at the school, but has also taught in the Choctaw Tribal Schools.

Coward began her 23-year career teaching kindergarten, then taught first grade for 19 years. This year, she's in her second year teaching second grade, a move that allowed her to continue working with 18 of her former students.

Coward said she enjoys working with younger students because she feels like she's making a lasting impact. Her best moments as a teacher are seeing a student who was struggling at the beginning of the school year become successful by the end.

“Sometimes all it takes is just saying 'I’m proud of you' or 'I've been checking on you and heard you're doing really great things'," she said. “Being part of that child’s life, even past them being in your classroom.”

A nomination letter from a parent described Coward as someone who goes above and beyond for her students by building personal relationships and advocating for children  who might need extra help. The parent said Coward helped both of her children overcome their struggles in the classroom, building their confidence.

Coward said it was an honor to be nominated for the award, but noted there are many other talented educators at her school.

“I feel like at Neshoba Central we are blessed with so many wonderful teachers,” she said. “When I say I am undeserving — there are so many others who are equally deserving of this award. It would be an honor for anyone to receive it.”

“It was a breath of fresh air — you don’t realize that what you're doing is making that big of an impact," she said. "You just do it because it is just what you do."

During the age of COVID-19, teaching has become more important than ever, Coward said.

“Now, it has a greater importance," she said. "Because not only do we need to teach these children, but we need to show them some stability, some routine and let them know that everything is going to be okay, even though everything is different."

Looking ahead, Coward said she still has many more years of teaching and learning.

“I just can’t imagine leaving the classroom and doing anything else,” she said.

Coward received a Golden Apple Teacher of the Month Certificate, a $300 cash award, and a $1,000 continuing education voucher from Avery Products, and $1,300 in school supplies.

The monthly winners will be invited to the Golden Apple Teacher of the Year banquet and that winner will receive a special award on stage (The Meridian Star article), a custom-made Teacher of the Year Trophy, $2,500 cash to be used at their discretion and a $2,500 scholarship to be awarded to a deserving student in the teacher’s name. An announcement should be made in May 2021.

The nomination process consists of an essay (no more than 500 words) detailing why the person should be considered for the award. Nomination details and an entry form are available online at www.goldenappleawards.com