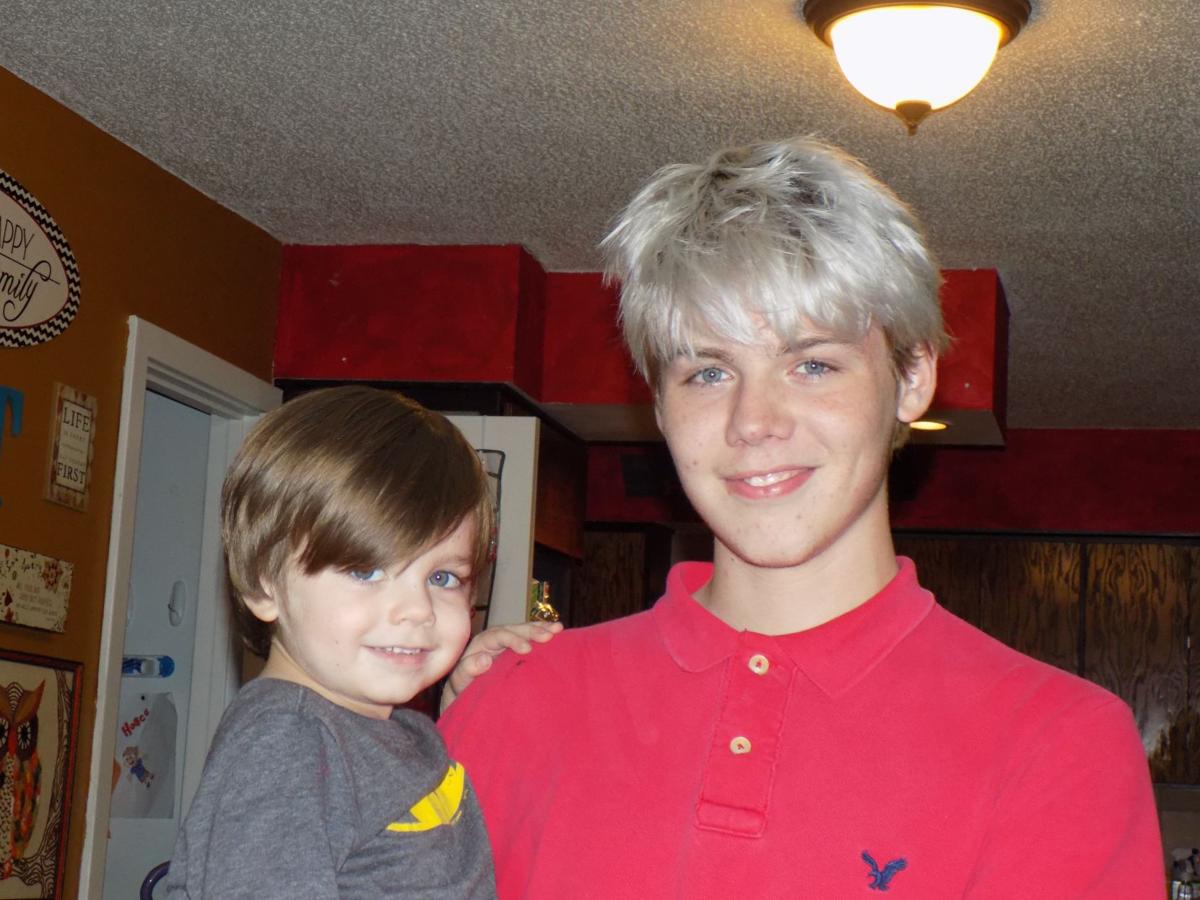 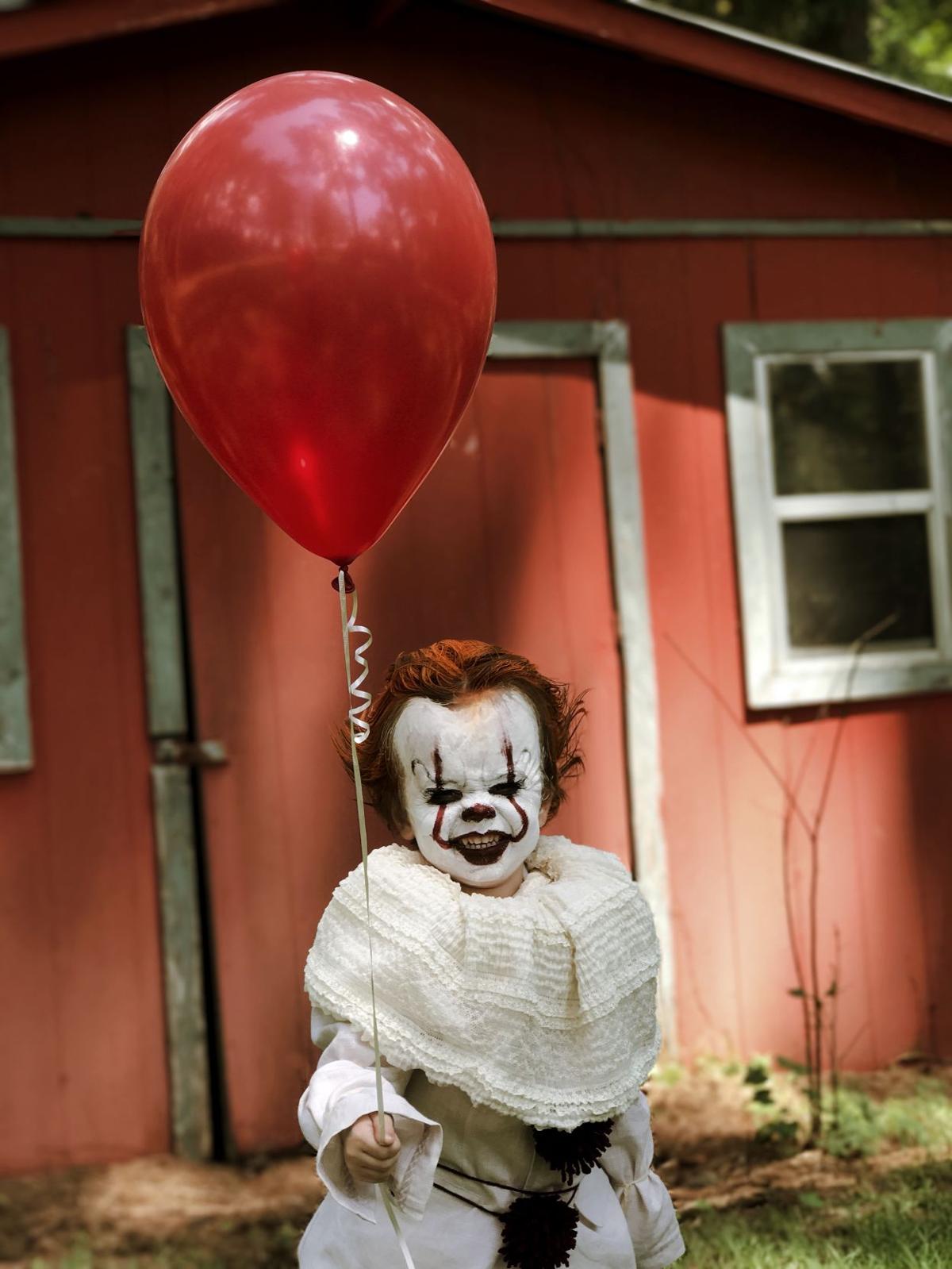 Eagan Tilghman’s photos of his his 3-year-old brother, Louie, have gone viral on the internet since he posted them. Eagan dressed Louie up as the creepy clown Pennywise, a character from Stephen King's “It.” The  movie hits screens on Sept. 8.

Eagan Tilghman has been drawing, sketching, constructing and otherwise creating art since — as he put it — he’s “been old enough pick up a pencil and paper.”

But his latest spurt of creativity, featuring a photographic reproduction of his brother dressed as Stephen King’s Pennywise from the movie “It,” has ricocheted through the virtual world with comic-book fury.

The hits on Tilghman’s mother’s Facebook account were soaring toward 100,000 by Tuesday afternoon, and sites such Cinema Blend were featuring his photos and running blurbs of admiration.

“I think it took less than half-an-hour,” said Tilghman, 17, as he reflected on the makeup and costume he designed for his 3-year-old brother Louie. The photography and the various poses, he said, took a bit longer.

Tilghman, a senior at Northeast Lauderdale High School, finds his imagination kindled by movie and comic-book characters, and he exudes an almost encyclopedic knowledge of characters that soar beyond, and behind, his generation.

“He’s a super vintage kid,” said his father, Todd Tilghman, with a chuckle, as he and other family members chatted in their home on Tuesday afternoon.

Eagan Tilghman said he’s drawn to movies from the days when his parents were growing up.

“Most of the things that I liked were movies that my parents would show me,” he said, “like the original ‘Karate Kid,’ ‘Labyrinth,’ ‘E.T.,’ ‘Star Wars.’

Tilghman lauded Jim Henson’s work with the Muppets, as well.

His own love of art runs deep into the past and extends into many genres, from drawing to painting to costume-design. He draws famous fictional characters, but he also creates portraits — of self and others — along with murals.

Tilghman, the oldest of eight children, finds an eager audience and creative inspiration from his family.

“You read things on the internet and all over the place about how parents are telling their kids not to go into art because they won’t make any money,” he said, noting that such an attitude does not dwell within his parents or grandparents.

That’s not to say, though, that Tilghman has never encountered resistance to the unusual and creative path his mind often travels.

“I’ve never been just like everybody else,” he said. “And so, of course, I’ve been made fun of a good bit going to school. My art always helps me escape from that. It lets me know that people can say what they want to say, but I’m different, and that’s way better than being like everybody else.”

Tilghman’s mother, Brooke Tilghman, has observed that difference, as well.

“I’ve never been just like everybody else. And so, of course, I’ve been made fun of a good bit going to school. My art always helps me escape from that. It lets me know that people can say what they want to say, but I’m different, and that’s way better than being like everybody else.”

“He’s always had to struggle with that stigma of being different, even as a little kid,” she said, “because he saw things differently than other kids did.”

It’s a difference, though, that Tilghman parents say the cherish, with all of their children.

“He has consistently been himself,” his father said.

His father noted that he shares his son’s artistic proclivities — at least up to a point.

“It’s almost like God took what he gave me and really multiplied it in him,” Todd Tilghman said.

Tilghman said it’s hard to find a single thread, or at least a single skill, running through his work.

“You could say I draw or paint, but I guess my real talent could be that I’m good at putting whatever’s in my head out there like I want to at the time,” he said. “If you look at anything that I’ve done, creating is the main word that could be used to describe all of it.”