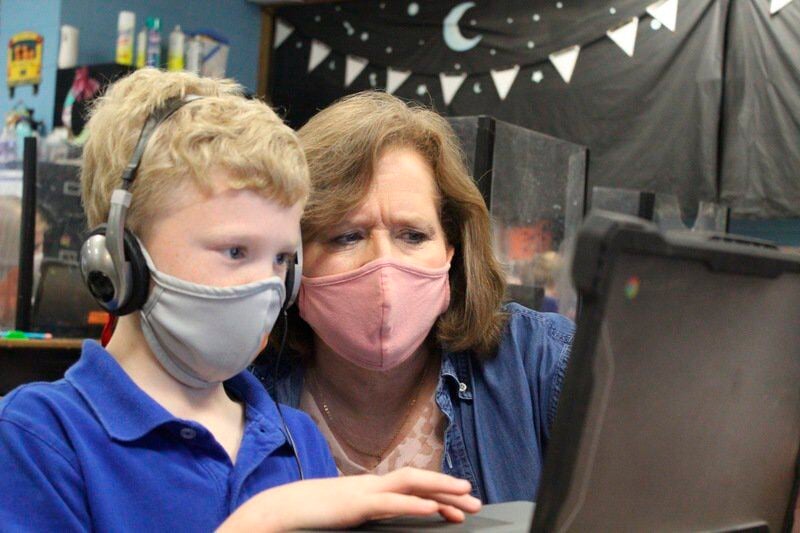 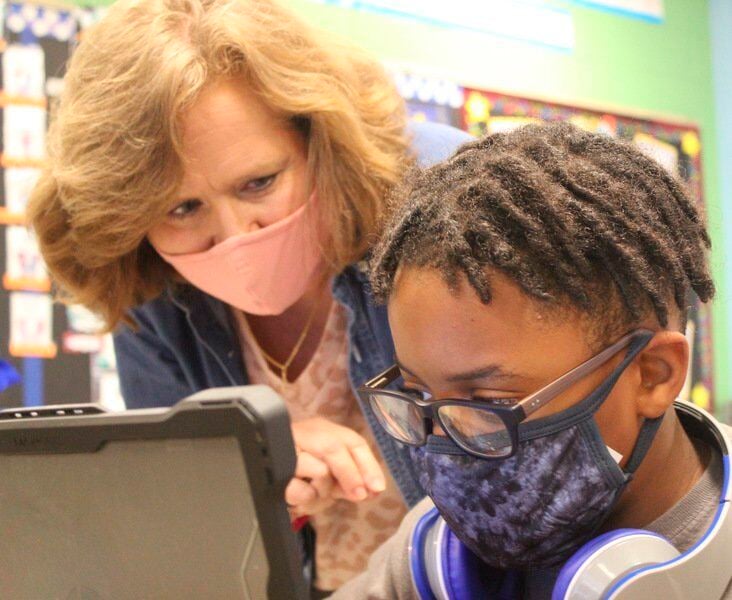 DECATUR — For more than three decades, Cindy Thompson has had an impact on  thousands of students.

With her students calling her "Mrs. Cindy", Thompson builds relationships lasting far beyond her classroom at Newton County Elementary School.

“Teaching is a great career," said Thompson, the Golden Apple Teacher for February.

When she was recognized with the award on Feb. 11, Thompson thought a few visitors were coming to see the colorful decorations in her classroom.

She was shocked when her name was announced over the school's intercom.

“It was very surprising and it was such an honor,” she said. "It was such a great moment with my children in the classroom.”

Thompson, who taught kindergarten for 14 years before moving to second grade, is part of a loop cycle at Newton County Elementary, where her second-graders follow her to third grade.

Growing up, she either wanted to be a teacher to a nurse.

"I had a school with my baby dolls," she recalled. “I can’t remember not wanting to be a teacher.”

Thompson said her best moments as a teacher are when students finally understand a difficult concept.

“That one child benefited from that one strategy I was dreading on presenting that day,” she said. “That's a moment that just stands out for me.”

Thompson said that even on tough days, she looks forward to seeing her kids each morning.

“They always come in with smiles on their faces,” she said. “I think that's what keeps me going...I love teaching and I love my kids.”

A nomination letter from a parent described Thompson as an innovator in her classroom, who finds ways to make the material easy to understand.

For example, Thompson has created interactive activities such as a glow in the dark number line and a construction site.

“For many educators teaching is a job, but for this teacher, it's a calling,” an administrator wrote in a nomination letter.

“She encourages and inspires not only in the classroom but also her student activities outside of a school seeing,” a letter from a grandparent reads.

Thompson received a Golden Apple Teacher of the Month Certificate and $1000 (approximate value) in school supplies from Avery Products.

Instead of the annual banquet, a television program will be produced in May in honor of the monthly Golden Apple Award winners and to announce the Teacher of the Year. The program will be broadcast on CBS24, NBC30, FOX30 , Bounce TV and METV.

The Teachers of the Year will receive a special award on stage (The Meridian Star article), a custom-made Teacher of the Year Trophy, $2,500 cash to be used at their discretion and a $2,500 scholarship to be awarded to a deserving student in the teacher’s name. An announcement should be made in May 2021.

The nomination process consists of an essay (no more than 500 words) detailing why the person should be considered for the award. Nomination details and an entry form are available online at www.goldenappleawards.com

Services for Susan Elaine Kilgore, 53, will be Saturday, March 6, 2021, at Bonita Lakes first pavilion, at noon. Susan was a loving mother, grandmother, and great friend to the people she met.