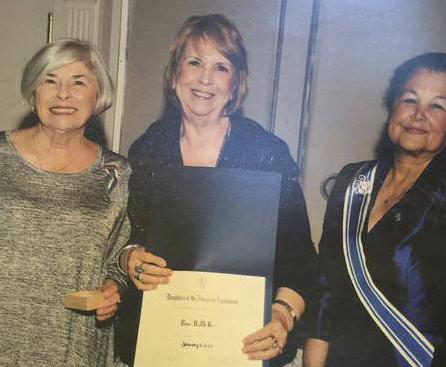 Pictured left to right are Kay Wolfe, Anne McKee and Janet Whittington. McKee was honored with Daughters of American Revolution National Historic Preservation Recognition Award for her 25 plus years telling the stories of Mississippi. 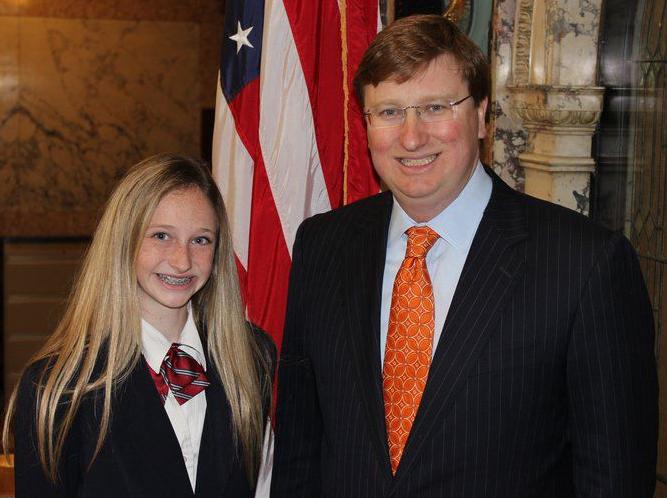 Isabell Long is pictured with Lt. Governor Tate Reeves who sponsored her visit to the state capitol. 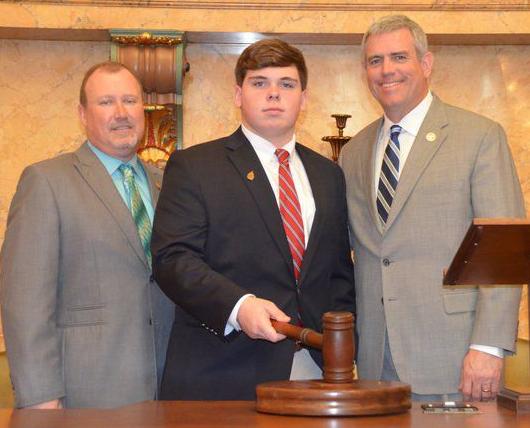 JD Cain is pictured with Speaker of the House Philip Gunn and Representative Randy Rushing,  who sponsored his visit to the capitol.

Anne McKee, of Meridian, was a recipient of the Daughters of American Revolution National Historic Preservation Recognition Award for her 25 plus years telling the stories of Mississippi's history, including those from Rose Hill Cemetery.

McKee is the director of the Rose Hill Cemetery Costumed Tour, first performed in 2010. It is estimated 6,000-7,000 attendees have walked the tour. The costumed cemetery tour is a participant of Gov. Phil Bryant’s Creative Economy. There are 100-plus volunteers who work under McKee’s direction to present the tour each year, teaching local and state history and heritage through the arts of storytelling and drama. Her Rose Hill Cemetery stories were recorded by The Natchez Trace Project, a documentary released in late 2015 for television.

McKee has distinguished herself among the writers selected for The Commentaries on Mississippi Public Broadcasting and has won awards for her writing. She has appeared on radio and TV throughout the state telling her stories and uplifting Mississippi. She presents for historical societies, civic clubs, schools, libraries, churches, conventions and anywhere people love Mississippi and the South, its history and heritage.

Isabell Long, of Meridian, recently served as a page for the Mississippi Senate. She is the daughter of Trey and Enley Long and attends Lamar School.

"My experience as a page for Lt. Governor Reeves has been great," she said in a statement. "I made many new friends and learned more about how our government operates."

Kelly Bates, a graduating senior at West Lauderdale High School, has been named one of more than 4,000 candidates in the 2017 U.S. Presidential Scholars Program. Scholars are selected on the basis of superior academic and artistic achievements, leadership qualities, strong character and involvement in community and school activities.

Annually, up to 161 U.S. Presidential Scholars are chosen from among the senior class, representing excellence in education and the promise of greatness in America’s youth. All Scholars are invited to Washington, DC in June for the National Recognition Program, featuring events and enrichment activities and culminating in the presentation of the Presidential Scholars Medallion during a White House-sponsored ceremony.

Bates is the daughter of Toby and Cathy Bates.