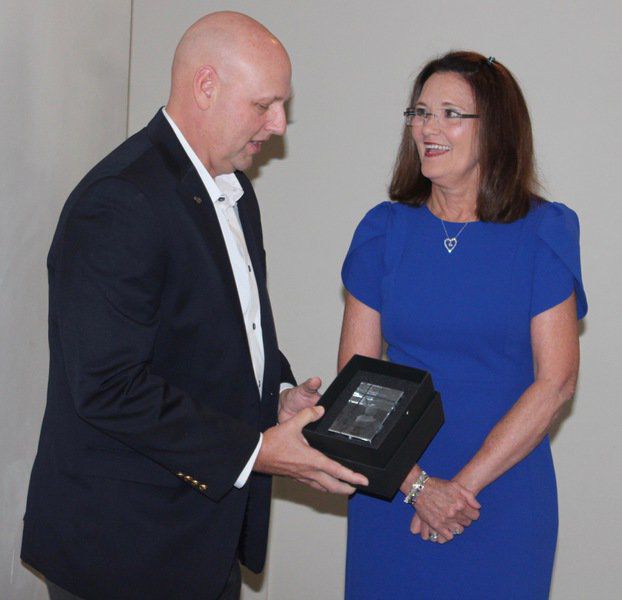 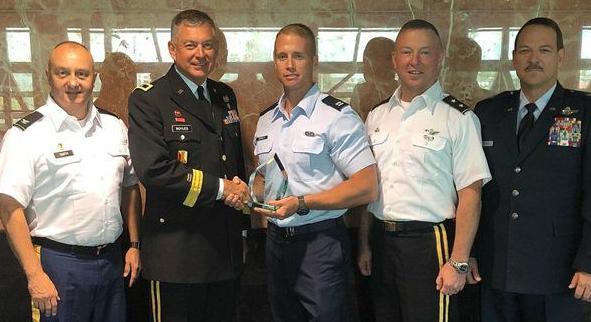 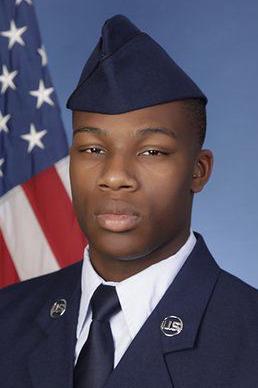 Educator Kathy Brookshire was awarded The G.V. “Sonny” Montgomery Outstanding Board Leadership Award for 2018 at a luncheon held in her honor at Weidmann’s Restaurant on Saturday.

Brookshire, who recently retired as Meridian Community College Foundation executive director said of the awards she has received, she will treasure this one the most.

“The most important thing is I’ve known Sonny Montgomery all of my life,” Brookshire said. “I was first introduced to him probably about 50 years ago by my future father-in-law, and I just fell in love with him.”

“To have my name associated to Sonny Montgomery’s legacy means everything to me. He loved everybody and it wasn’t a put on, and it wasn’t politics. He did things you don’t have to do unless you are a real sincere person.”

Brad Crawford, the CEO/President of the G.V. “Sonny” Montgomery Foundation, said Brookshire was the perfect recipient of the award.

“All those years she worked at the foundation she was doing exactly what Sonny would like to see happen in this community, which is to support leadership development through the young people that attended MCC,” Crawford said. “She has always been a good friend to the foundation, a hard worker, and super appreciative of everything our foundation could do to support the MCC Foundation.

Capt. John P. Garrett II, 186th Air Refueling Wing deputy base civil engineer, received the Theodore Roosevelt Leadership Award for Company Grade Officers at the National Guard Association of the United States conference in New Orleans Aug. 26, 2018. Garrett received the award in recognition of his achievements and outstanding performance as one of the top company grade officers in the National Guard. He also received the Sonny Montgomery Foundation Award earlier this year for his exceptional leadership abilities.

Airmen who complete basic training also earn four credits toward an associate in applied science degree through the Community College of the Air Force.

Sanford is the son of Renee Durr and brother of Jamiroquan Harris of Meridian and a 2017 graduate of Southeast Lauderdale High School.