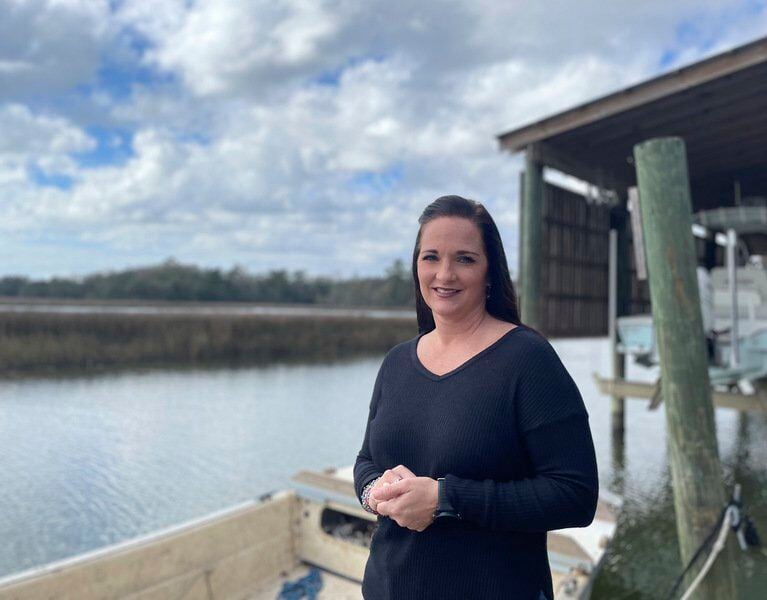 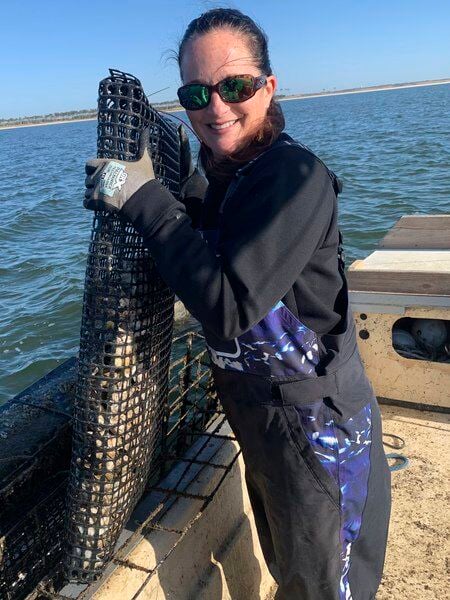 Lesley Lee works on her oyster farm near Deer Island in Biloxi. 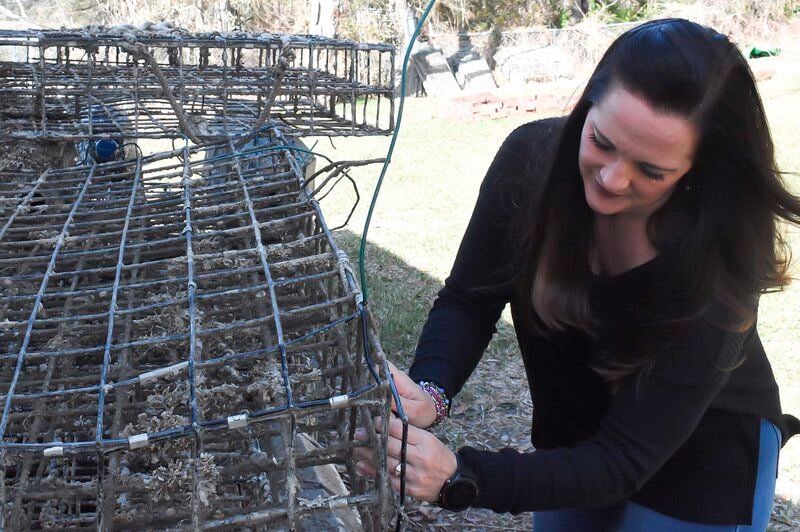 Lesley Lee demonstrates how her oyster cages work. When they are in the water, the cages hold mesh bags that contain oysters.

“With floating cages on top of the water, when you have a high storm surge or a lot of wave action, it’s really detrimental to the cages,” said Lee, who raises oysters in floating cages in the Mississippi Sound.

During the storm, many of the cages floated away from the farm or sank. Lee and her colleagues were able to retrieve some cages that had floated ashore, but others were permanently lost.

The year 2020 came with its obstacles for Lee, a new oyster farmer who started growing the molluscs in summer 2019.

In 2020, she had to deal with two major challenges: Hurricane Zeta and a COVID-19-related ban on dining at restaurants, which led to low demand for oysters.

What is your favorite type of seafood?

Off-bottom oyster farming — also called oyster aquaculture — is an emerging fishery in Mississippi. Erik Broussard, the director of the Mississippi Department of Marine Resources Shellfish Bureau, said there are about 15 active farmers in the state.

Lee’s farm is in a four-acre area of water south of Deer Island near Biloxi. She accesses the farm by driving a white motorboat there.

When starting to grow oysters, she and her colleagues put oyster seeds, or baby oysters,  in mesh bags. They place the bags in metal cages and then let the cages float at the top of the water.

The workers then tend to the oysters, cleaning the bags and moving them from one bag to another when a bag starts to fill up.  The team then harvests the oysters when they reach market size, which typically takes nine months to a year.

Destruction from a hurricane

Hurricane Zeta caused Lee and her team to lose some of their cages and oysters.

But they didn't sink the cages during Hurricane Zeta. Before the storm, they had 120 cages, and only 50 remained in the storm's aftermath. They were also able to retrieve some cages that had washed ashore.

Lee’s farm is not alone in receiving damage from storms. The Department of Marine Resources runs a class where people learn about oyster farming. Broussard said that hurricanes in 2020 were a set back for the class's participants, who raise oysters on the coast.

“The hurricanes destroyed some of the oyster farms, and the farmers lost some of their gear and oysters,” he said.

Another problem Lee faced was less demand for oysters when COVID-19 restrictions were put in place last spring.

For part of the spring, restaurants on the coast were either closed or only open for take-out. The eateries that were closed couldn't sell oysters, and many take-out restaurants decided to not put farmed oysters on their menus, Lee said.

She explained that restaurants pay a premium for farm-raised oysters, and the oysters are typically served in their shell.

“Raw oysters or oysters on the half shell, you’re not going to get those to-go and eat them at home,” Lee said. “It’s not really a good take-out or a good to-go item.”

Bill Walton, director of the Auburn University Shellfish Lab, said the half shell oyster market nationally and in the South has been significantly impacted by the pandemic, because these oysters are typically eaten in restaurants.

It wasn't until the Fourth of July last summer that Lee was able to sell oysters, she said.

But in the fall, as coronavirus restrictions lessened and as the holidays arrived, Lee’s sales picked up. She doesn't know how this past fall’s sales compare to a typical fall, as she just started selling oysters in 2020.

But she knows that her oyster sales were better in fall 2020 compared to earlier in the year. Her sales continued to be steady during the holiday season, which is a popular time to eat oysters, Lee said.

So far this year, Lee's sales have been consistent. With the help of distributors, her oysters are going to restaurants all over the Southeast.

“I’m feeling confident about 2021,” she said, “just because the first two months of the year have been consistent.”