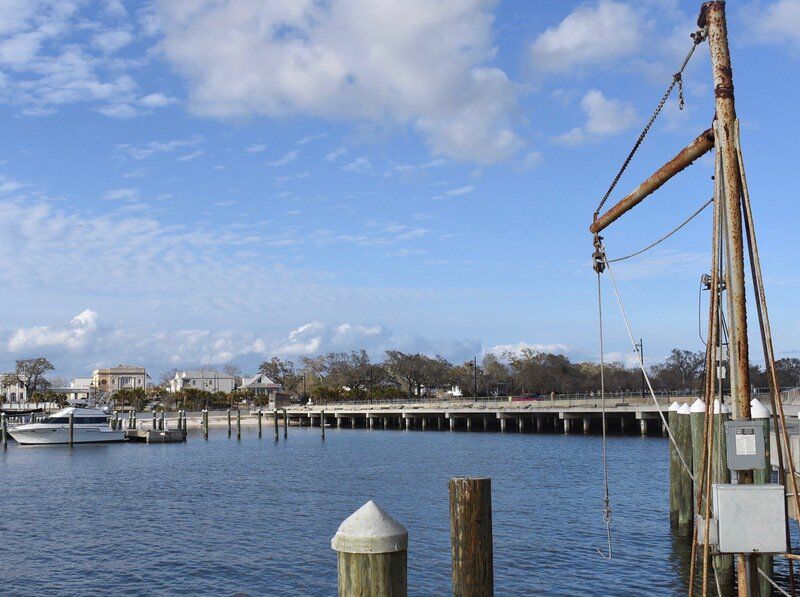 Pass Christian Harbor, where Jeremy Forte's business is located. Pass Christian sits on the Western Mississippi Sound, where many of the state’s harvestable oyster reefs were located. The oyster industry has struggled in recent years, because environmental problems have killed many oysters. 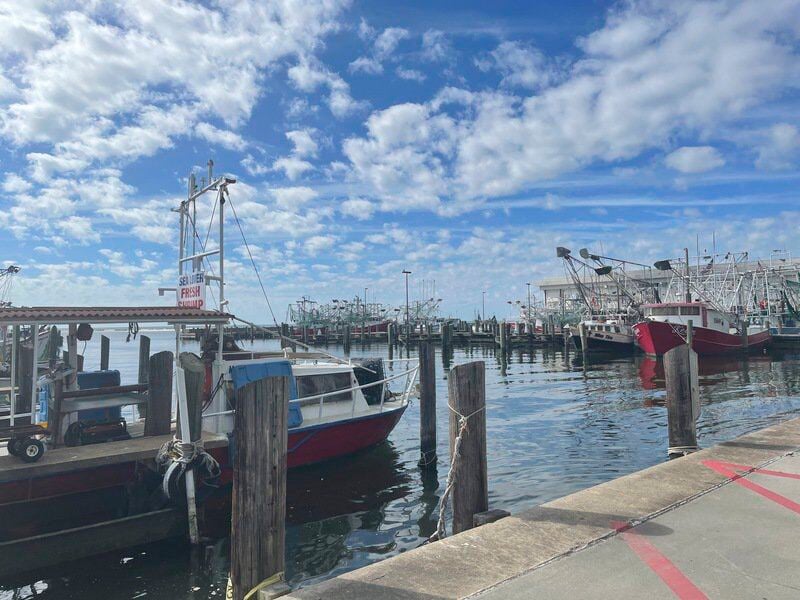 Many boats are docked at Biloxi Small Craft Harbor, including shrimp boats. Some Mississippi fishermen traditionally fished shrimp in the summer and oysters in the winter. 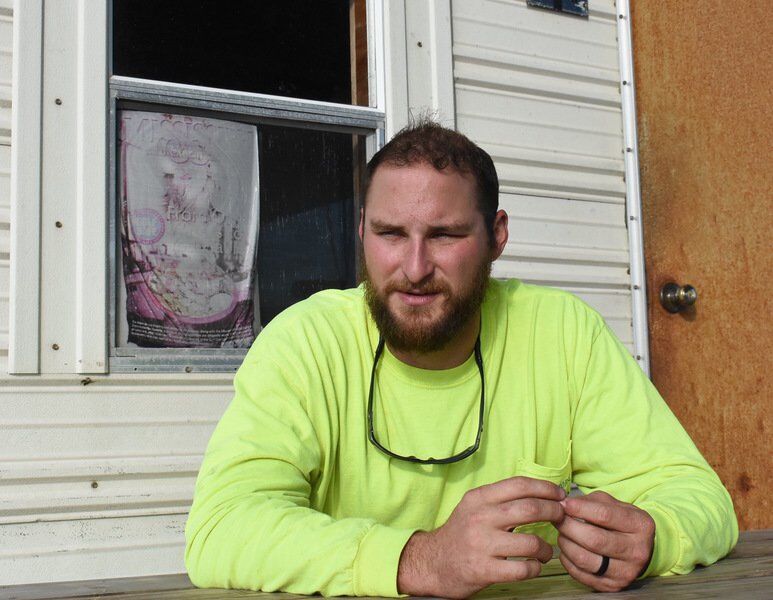 "The oysters were definitely a staple for this business,” said Jeremy Forte, pictured at his seafood business in Pass Christian. Forte sells seafood to individuals, restaurants and other entities, but has struggled for a couple of years because of environmental problems affecting the oyster population. 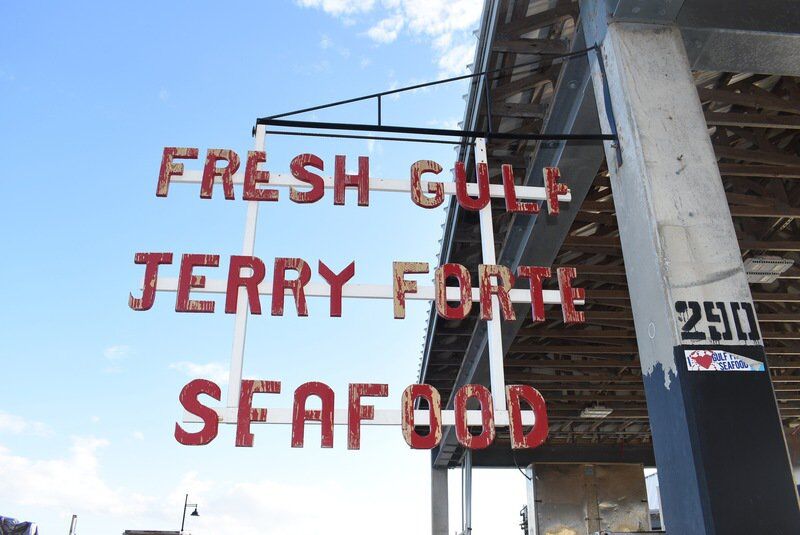 Jeremy Forte's family runs a business that is located on a dock at Pass Christian Harbor. 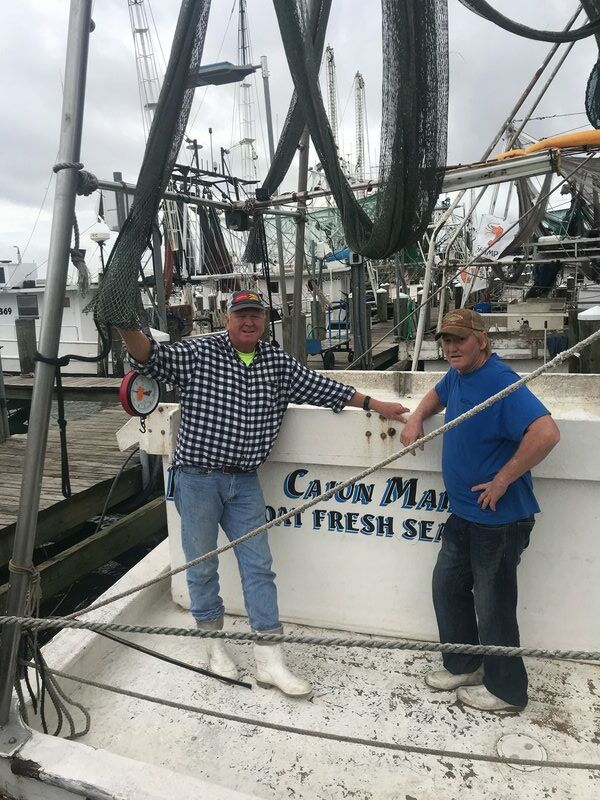 Bobby Barnett stands with his brother, Billy J. Barnett, on the Cajun Maid in Pass Christian. 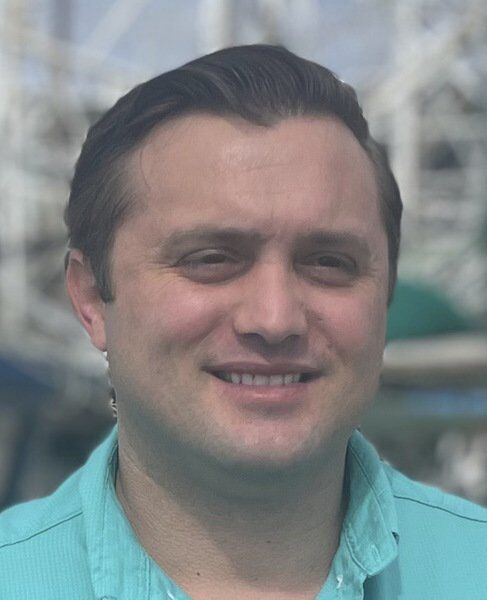 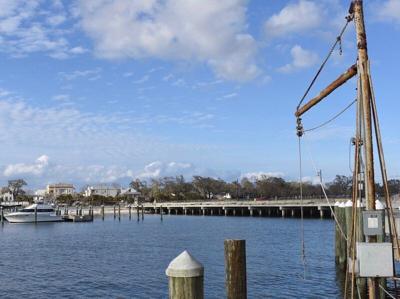 Sunlight shines on the blue water of the harbor. Pelicans rest on a wooden dock.

Here, Jeremy Forte works as a wholesale buyer and seller, providing seafood to individuals, restaurants and other entities. His family founded the business in the 1970s, and sold oysters in the winter for many years.

But, in recent years, the oyster populations on the Mississippi Coast have declined.

“Now with that not being there, we have to find other things to do,” Forte said.

He now primarily sells crab and shrimp in the winter months and also offers shucked oyster products from other states. But those items don’t bring in as much income as the Mississippi oysters once did.

“The oysters were definitely a staple for this business,” he said, “and we relied heavily on oysters all the years of the business.”

Forte is one of many members of the fishing industry whose work has been affected by the low numbers of oysters on the Mississippi Coast.

Environmental problems have killed oysters in recent years, including numerous openings of the Bonnet Carré Spillway near New Orleans, which have sent large amounts of freshwater into the Mississippi Sound.

These issues have battered Mississippi’s oyster industry, forcing wholesalers to sell other kinds of seafood and making some fishermen seek other forms of work or travel to other states.

But the industry is hoping to rebound — through the restoration of the state’s oyster reefs and other remedies.

Experts say the main issue facing the oyster industry is the opening of the Bonnet Carré Spillway, which is upstream of New Orleans.

When the U.S. Army Corps of Engineers opens the spillway, as it has six times since 2011, the structure diverts some of the water in the Mississippi River to Lake Pontchartrain. That freshwater eventually reaches the Mississippi Sound.

The U.S. Army Corps of Engineers’ New Orleans District says on its website that it opens the spillway when it expects that the mainline levees in New Orleans and other communities will “be subjected to unacceptable stress from high water.”

In 2019, the Corps opened the spillway two times — for a total of 123 days, according to the Corps’ website. This was a record number of days for the spillway to be open in one year. The Midwest had experienced heavy rainfall and snowfall in 2019, which made the Mississippi River’s water level high and necessitated the openings.

Erik Broussard, the director of the Mississippi Department of Marine Resources Shellfish Bureau, said that the second opening in 2019 happened soon after the first one — there was only a short break between the two events. At the end of the two events, more than 90 percent of oysters on the Mississippi Coast had died, according to Broussard.

Oysters thrive in a mix of freshwater and saltwater. In waters with too low salt levels, as was the case in 2019, oysters “close up” and eventually die, said Read Hendon, director of the Gulf Coast Research Laboratory at the University of Southern Mississippi.

In the aftermath of the 2019 spillway openings, the Department of Marine Resources did not allow an oyster harvest in the 2019-2020 season and has not permitted it in the 2020-2021 season. The season typically ran from the fall to the spring.

Even before 2019, the industry was hurting.

The oyster populations started to decline in 2005 when Hurricane Katrina hit the Coast, burying many oyster reefs, Hendon said.

Several years after Katrina, two events contributed to a decline in the oyster numbers, Broussard said. The Deepwater Horizon oil spill in 2010 and a later opening of the Bonnet Carré Spillway were associated with oyster mortality.

Broussard said it isn't clear which event was the larger contributor to the oyster deaths.

“We just haven’t had a chance to let our reefs recover,” said Ryan Bradley, the director of Mississippi Commercial Fisheries United, Inc.

The obstacles facing the industry are not over, as climate change may affect Mississippi’s oyster reefs. A 2020 study found that hurricanes have become stronger over the last four decades, according to The New York Times. Hendon said that another hurricane like Katrina could “be devastating for the oyster reefs.”

Pass Christian sits on the Western Mississippi Sound, where many of the state’s harvestable oyster reefs were located.

Forte, the wholesale buyer and seller, noted that the oyster industry was good for the area, because people from Alabama and other parts of the Mississippi Gulf Coast would drive there to work in the fisheries during the day.

Coastal resident Bobby Barnett owns a fishing boat in Pass Christian. He hires employees to work the boat, selling their catch to wholesale and retail businesses.

He used to fish full-time himself, but in 2008 or 2009, he started letting others work the boats without him. He said he and his employees haven’t harvested oysters in the winter since about 2012 or 2013.

They catch shrimp in the summer but can’t harvest the seafood they would normally harvest in the winter — oysters. They have been able to catch crab in some winters, though.

Declines in the state’s oyster population have forced some fisherman to harvest oysters in other states. One fisherman, Brad Stapleton, has traveled to South Carolina, Alabama, Texas and Louisiana over the last few years to catch oysters.

The travel is costly, so he hasn't made as much income from these trips as he would from oystering in Mississippi.

“It’s been tough over the last three years or so — four years, really, since we’ve had any season at all,” he said.

Stapleton has to pay for maintenance on his boat and the costs of fishing in other states, so he has had to cut back on personal expenses.

But when oysters were plentiful in Mississippi, “we made a good living back then,” Stapleton said.

Solutions to the crisis

The Mississippi Department of Marine Resources has been working to restore the state’s oyster reefs, a process that takes several years, according to Broussard, the department’s Shellfish Bureau director.

On average, it takes about 24 months for an oyster to grow to a length of three inches, which is the size it must be for it to be legally caught in the wild harvest, Broussard said.

The Department of Marine Resources is waiting several years before allowing the wild harvest, though, because a healthy reef complex has oysters of different ages.

Broussard said the DMR is also trying to find new areas to plant oysters that would be less affected by Bonnet Carré Spillway openings.

The DMR is developing an oyster management and restoration plan, said Sharon McBreen, an officer for the non-profit The Pew Charitable Trusts. Pew and Mississippi Commercial Fisheries United, Inc., would like spawning reefs to be part of the plan, McBreen said.

These are reefs where the harvest would not be allowed for a period of time, which would help oyster reproduction.

Another remedy to changes in the oyster population is oyster farming, which is emerging as an alternative to the wild harvest. The state had its first oyster aquaculture season in 2019.

The method differs from wild harvest, as wild harvesters remove oysters off the bottom of the sea, while farmers raise oysters in cages at the top of the water.

An advantage of aquaculture is that oyster farmers can move their cages to another location when the spillway is opened, Broussard said. However, hurricanes can damage the oyster farms on the Mississippi Coast.

Meanwhile, Stapleton is hoping that the state’s wild oyster reefs will return.

“That was a big source of income for a lot of local people here on the Gulf Coast,” he said. “It definitely needs to come back.”