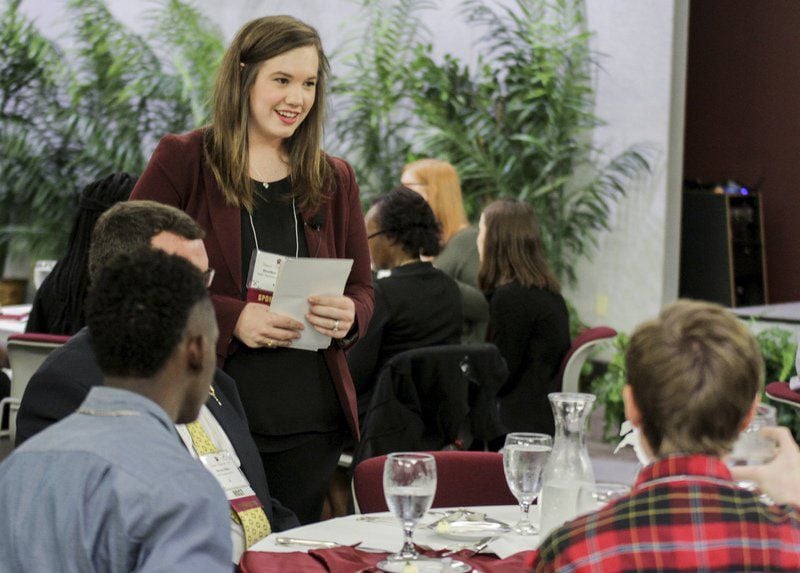 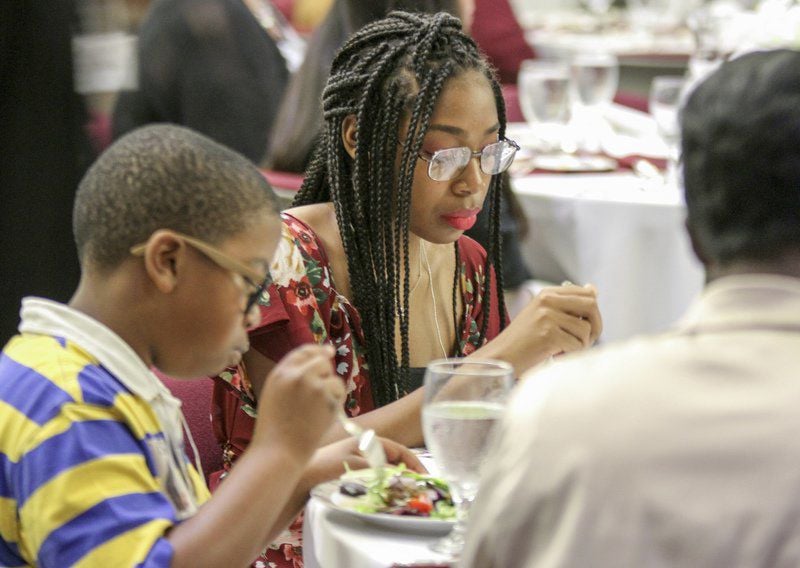 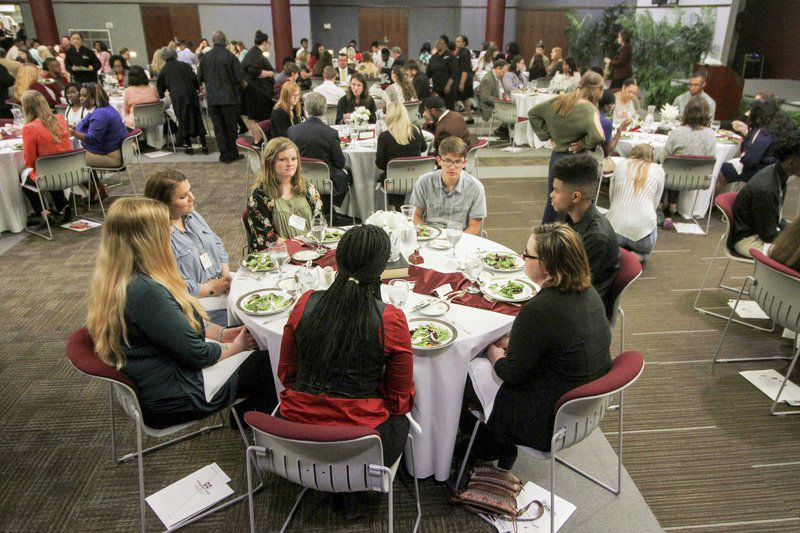 More than anything, Stacey McNeil hopes her students realize that good manners are never out of style.

"Some don't realize that they're already creating their own brand online," McNeil said. "They're just having fun and chatting with friends on social media."

But whether in a chatroom or a boardroom, McNeil said that everybody needed to take their own self seriously and prepare for the next level, whatever it may be.

With this in mind, the MSU-Meridian chapter of DECA, a collegiate and high school organization dedicated to professional advancement, created the Dinner Etiquette Workshop, an event to teach good manners and basic interview skills.

"(The students of DECA) wanted to give other students the opportunity to develop their skills," said McNeil, the incoming faculty advisor of DECA. "We're applying marketing skills to the individual."

But students may not realize that their online profile gives future employers an in-depth look at potential employees, McNeil said, prompting the event's focus on impressing employers online and in-person.

The event featured presentations on personal branding and social media presence as well as a five-course meal. Heather Woodall, a senior coordinator with The Career Center, demonstrated the proper ways to use silverware and table manners.

"It's important when our students are out on an interview that they look their best," Woodall said.

"It goes from silverware all the way to have to put sugar in your tea," Woodall said. "How to move from dinner to dessert and everything in between."

The nearly 150 participants were seated randomly, teaching the attendees another important skill: casual conversation with a stranger.

Sitting at a table with Janiyahh Phillips, at West Lauderdale; Joshua Johnson, who is homeschooled; Carissa Gray, a secretary at the Pentecostal Christian Academy; Betty Johnson, a student at MSU-Meridian, DeBord and the group enjoyed a five-course meal and learned more about one another.

"This is real nice for me, even as an 'older' person," Gray said. "When you get out into the world, you need to know these things."

For Betty Johnson, no relation to Joshua Johnson, the experience would be useful later in life once she finished her interdisciplinary degree.

"We won't always remember all of the rules but it's important to know," Betty Johnson said. "If it's required of me, this would help me at a dinner interview."

At the end of the workshop, Woodall said that attendees, such as Betty Johnson, should walk away feeling more confident in their interview skills.

"I hope they feel prepared when they go into an interview or they'll be comfortable knowing what fork to use or where to put their napkin," Woodall said. "I hope it eases their mind when they might already be uncomfortable or nervous about an interview."