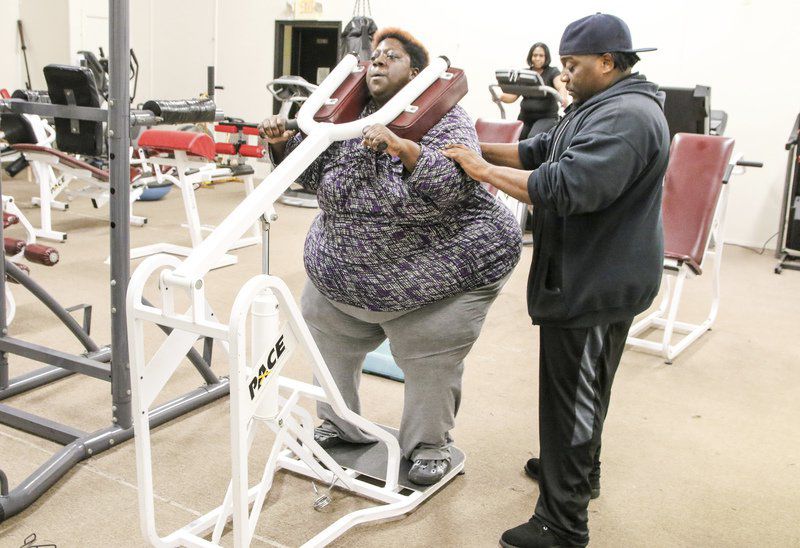 Leneathra Reed says her trainer, Frank Harbin, pushes her, even when exercising is difficult. 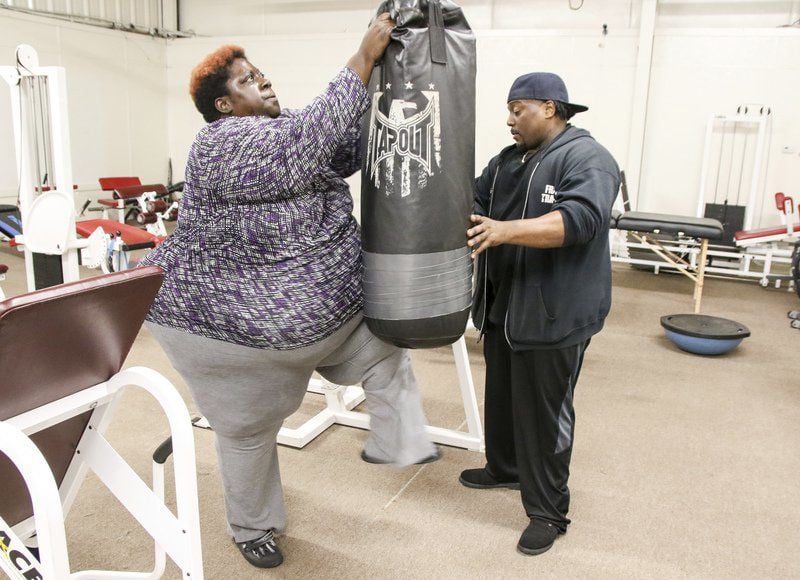 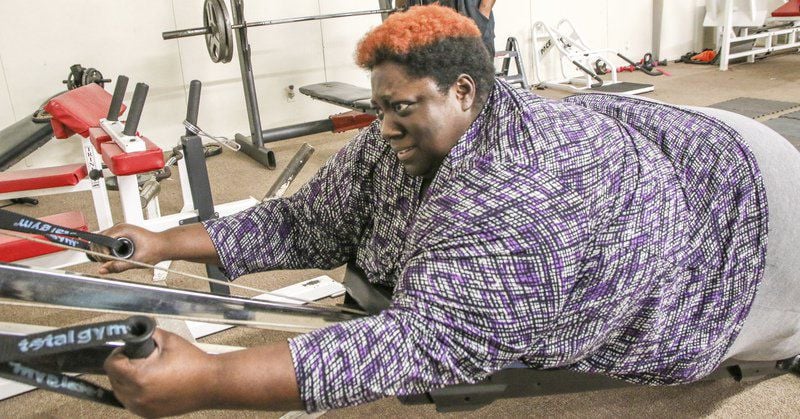 Leneathra Reed works out at the Total Body Transformation Gym in Meridian.

What started as way to lose weight for self improvement has turned into an inspiring journey for Leneathra Reed of Meridian.

Once weighing 626 pounds, Reed has dropped 29.3 pounds through sweat, sheer determination and will.

Reed said she was never skinny, but once weighed around 200 pounds. That changed several years ago when she got a breast reduction and was put on steroids during her recovery. The medication caused her weight to balloon, she said.

“I didn’t really acknowledge I was getting bigger because I didn’t feel it,” Reed recalled.

Since sharing her story on social media, Reed, 39, of Meridian, has become a viral sensation, inspiring others to drop a few pounds.

Reed said not eating the right foods, sitting at her desk and not exercising made her condition worse. Even walking down stairs was hard, because she couldn't breathe.

But after her daughter Kenlyn was born about two years ago, Reed decided she needed to get healthy, so she could play with her little girl without getting tired.

One day, while walking down the hall, Reed knew it was time to make a change.

“You know what Lynn, it's time," Reed recalled thinking to herself. "You have to do something about this.”

Reed said her journey has not been easy, recalling the times when she would want to quit.

But her trainer, Frank Harbin at Total Body Transformation Gym, pushed her, even when she struggled, she said.

A few months ago, Reed started making videos to document her progress, and a video of her hitting a tire with a hammer has gone viral.

Finding time to exercise is a challenge for Reed, a single mother and full-time student at the University of Phoenix. But Reed, who also works full time and is active in her church, said that if she can make the time, then others can find their way to their gym. She works out three times a week, but wants to increase her regimen to four days a week, she said.

Since starting to exercise, Reed says she feels her body changing for the better. Now, she can walk up stairs without getting tired.

Reed said her weight loss journey has also taught her how to eat healthy. For one thing, she's given up Little Debbies, her favorite snack.

She said it took time, but her body has adjusted to a heathier diet. She hopes to reach her ideal weight of 175 pounds in about two years.

One thing Reed was not expecting was support from people in the community and online, thinking people would judge her.

"But, I'm happy for this journey and to inspire people," she said.