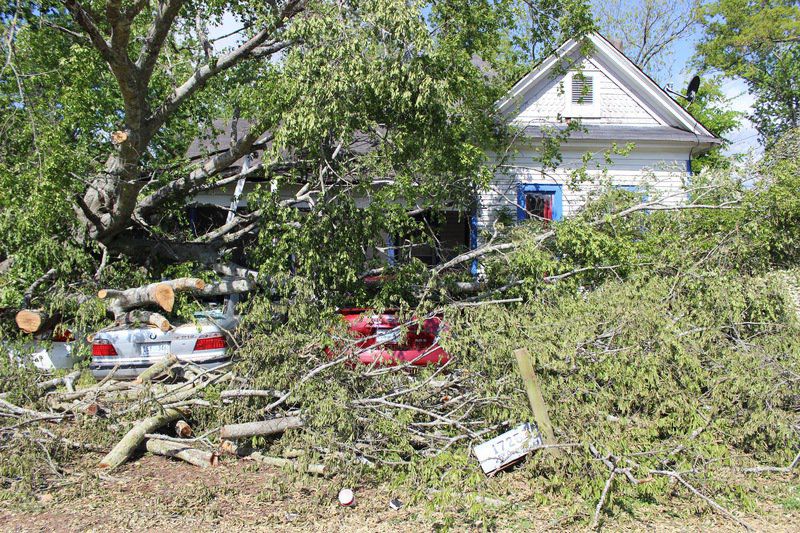 Vera Hicks' home on 25th Avenue in Meridian remains covered with trees after a tornado hit the city on Saturday. 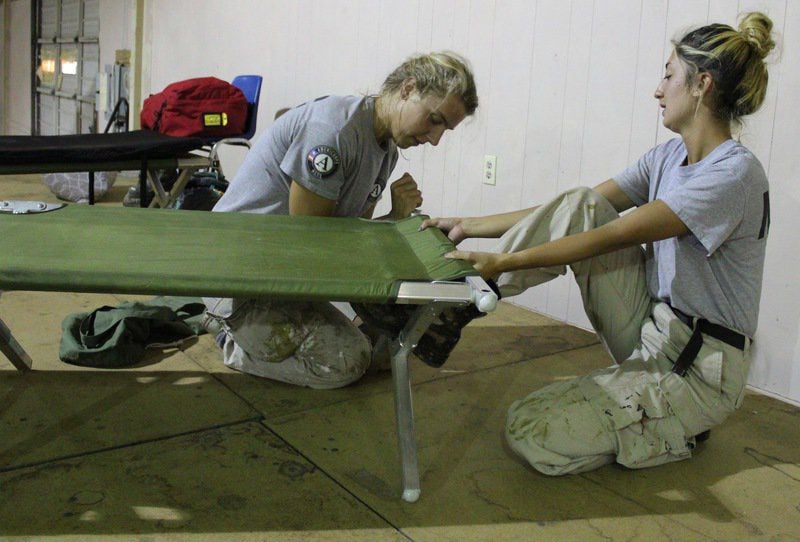 Americorps members Kathryn Erbelding and Olivia Padilla set up their cots at the Frank Cochran Center in Meridian Wednesday afternoon. The young women are part of a team of volunteers who will help clean up the city after a tornado hit Saturday.

As volunteer organizations trickle into Meridian to help residents affected by Saturday's EF-2 tornado, only a handful of local volunteers have officially signed up to assist nearly 40 homeowners whose homes are still trapped under fallen trees.

Vera Hicks, who lives on the 1700 block of 25th Avenue, had called the City of Meridian's hotline for assistance since Monday, hitting a busy signal every day. A friend finally told her to go to the Velma Young Community Center in person to sign up for assistance.

Readers poll: Are you willing to volunteer to help or give aid to local disaster victims?

Are you willing to volunteer to help or give aid to local disaster victims?

Though Hicks and her family, including their dog, made it through the storm without a scratch, Hicks' home and cars didn't fare so well.

"I don't have insurance on the house or the cars," said Hicks, who has lived there since 2013. "I just wanted a roof over my head and my children."

Hicks arrived at the Velma Young Center Wednesday around 9:30 a.m., grabbing a rake and shovel from the American Red Cross and signing her home up for assistance. She even spoke personally to city officials about her needs.

She had to borrow a friend's car to make it, passing by the water, food and hygiene products because "those are for someone who needs it."

Still, despite five days spent crawling through a tree top to enter and exit her home, she said she's grateful.

"We can replace material things. They can't replace me," Hicks said. "Not even the dog died. I'm blessed."

"Mostly it has been residents coming in and requesting assistance," Ritchie, the executive director of the Mississippi Commission for Volunteer Service, said.

Ritchie said the groups would stay so long as there was local interest.

Wednesday afternoon, a team of Americorps NCCC volunteers arrived at the Frank Cochran Center, where they will stay for the next week, helping the community recover from the tornado.

Graeme Lorimer, 22, is the Field Team Leader of the Vicksburg-based group, which is made of young people from Colorado, New York, Washington and other states.

"We're going to be doing some chainsaw work, helping people get trees off their property, as well as doing some repairs to roofs around town," he said.

With many homes still trapped under fallen trees and yards littered with trees, emergency r…

Two days after an EF-2 tornado struck east Meridian and Marion, the cost of cleanup and rest…

Residents and emergency workers continued to assess damage and clean up on Sunday, April 14, 2018, a day after a tornado touched down in Meridian.

As Willie and Sheila Amerson faced their home, still standing under a fallen tree on Sunday,…

With financial help for residents affected by Saturday's EF-2 tornado still in question, the Lauderdale Emergency Management Agency is asking …

Local residents may still be cleaning up after a tornado hit Meridian and Marion on April 14, but grant money won't reach them until area gov…